On her trip to China, Chancellor Angela Merkel did little to distance Berlin from Beijing, despite its actions in Hong Kong and Xinjiang. It’s a stance that may alarm her European partners as well as the Americans. 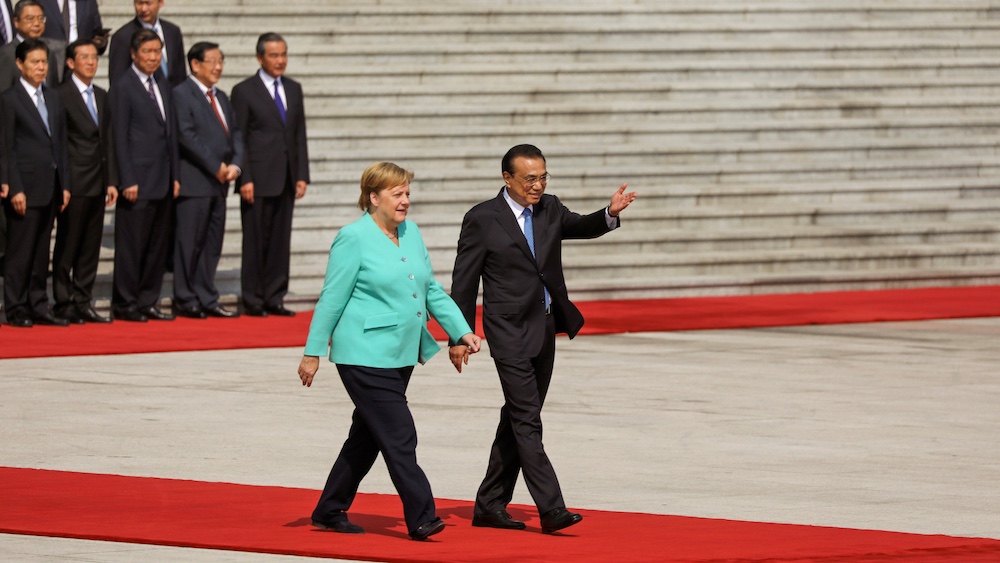 Near the end of her speech at the Munich Security Conference in February, Chancellor Angela Merkel struck a resigned, almost plaintive note about Germany’s place in a world dominated by a more hostile United States and China.

Germans could work day and night to be the best, she told her audience, but they would still come up short against the Americans, with their massive economy and all-powerful dollar, and the rising Chinese, with a population more than 16 times the size of Germany’s.

“The odds look pretty bad for us,” Merkel concluded in a remarkable admission of frailty.

That moment in Munich is instructive when trying to understand Merkel’s trip to China last week, her twelfth in 14 years as chancellor and perhaps the most challenging of all her visits, amid violent protests in Hong Kong, an escalating trade war between Washington and Beijing, and nascent European attempts to push back against the master plans of Chinese President Xi Jinping.

Germany is feeling especially vulnerable these days. Its economy, held up for the past decade as the growth locomotive of Europe, is heading into recession, buffeted by the decline in international trade and investment, Brexit, and a struggle by its industrial champions to adapt to a digital future.

The United States, guarantor of Germany’s security since World War II, has turned into its biggest critic. Hardly a day goes by when US President Donald Trump or one of his allies doesn’t lob a verbal grenade at Germany, for its lack of defense spending, its outsized trade surplus, or its addiction to Russian gas.

Against this gloomy backdrop, China looms with open arms. It believes in climate change. It pays lip service to the idea of a free, multilateral trading system. Despite recent signs of weakness, it remains a vast, growing market for German firms. And it doesn’t engage in Germany-bashing. On the contrary: at a time when the Trump administration is gearing up for a new Cold War, Beijing is doing all in its power to lure Europe’s largest economy into its camp.

But there is a price for doing business with China, and Merkel paid it during her two-day visit to Beijing and Wuhan. Not once did she utter the word “Xinjiang,” the western Chinese province where more than a million members of the Muslim minority have been detained in reeducation camps. And not once did she criticize Beijing for its handling of the protests in Hong Kong, limiting herself to calls for dialogue and de-escalation.

At her news conference with Chinese Premier Li Keqiang, Merkel sounded almost apologetic about her government’s moves to shield German companies from the opportunistic embrace of state-backed Chinese rivals, reassuring her hosts that the German market remained open for acquisitive Chinese firms. And she praised Beijing for granting German companies like Allianz, BASF, and BMW opportunities in China that have been denied to other Western firms—moves that skeptics dismiss as symbolic gifts designed to soften up the Germans.

Merkel’s trip came after a year in which Europe, in the words of French President Emmanuel Macron, overcame its “naivety” vis-à-vis China, erecting its own barriers to Chinese investments in its critical infrastructure and declaring the rising Asian superpower to be a “strategic rival.”

In January, the Federation of German Industries, an influential business lobby, issued a toughly worded paper that questioned whether China would ever fully open up its market to foreign investment and urged European countries to work closely together, and with like-minded partners including the United States, to coordinate their response.

Spooked by China’s economic ambitions, a new European Commission is expected to explore changes to the bloc’s industrial, competition and procurement policies when it takes over later this year.

Yet there was little evidence of this European shift during Merkel’s visit. And her partners, in Paris, Brussels, and other capitals, may be alarmed by its “back to business” tone.

Merkel travelled with a large delegation of German CEOs, the most prominent of whom was Siemens boss Joe Kaeser, who once referred to China’s controversial Belt and Road Initiative as “the new WTO.” Also along for the ride was Volkswagen’s chairman, Herbert Diess, who only a few months ago caused outrage when he denied knowing anything about the mass detentions in Xinjiang, where VW has a plant, despite months of front-page stories about the plight of the Uighurs.

The Trump administration, which has been piling pressure on Germany and other European countries to follow its lead and decouple from China, will also be alarmed. A transatlantic split over the inclusion of Chinese telecommunications supplier Huawei in next-generation 5G networksis looming. And that may provide just a taste of the tensions to come.

At a time when Washington is eyeing new export controls against China, Germany is doubling down on research collaboration with the Chinese and pressing Beijing to clinch an elusive investment agreement with Europe in time for an EU-China summit that Merkel will host in the eastern city of Leipzig in September 2020. If the deal comes together, two months before the US presidential election, it would mark the death knell of Trump’s clumsy attempt to pry the Europeans away from China.

The Americans must see this. On the same day that Merkel was meeting with Li in Beijing, US Defense Secretary Mark Esper was in London warning Europe to be wary of China.

“The more dependent a country becomes on Chinese investment and trade, the more susceptible they are to coercion and retribution when they act outside of Beijing’s wishes,” Esper told the Royal United Services Institute, a think tank.

Merkel is not naive. As Hong Kong pro-democracy activist Joshua Wong pointed out in an open letter to the German leader before her trip, she grew up under authoritarian rule in communist East Germany. She sees what is happening in China, from the rollout of a Social Credit System grounded in big-data surveillance, to Beijing’s attempts to chip away at democratic freedoms in Hong Kong and its crackdown in Xinjiang.

All this is antithetical to German values. And yet, unable to count on the support of the United States, Merkel seems to feel she has no choice but to cozy up to Beijing.