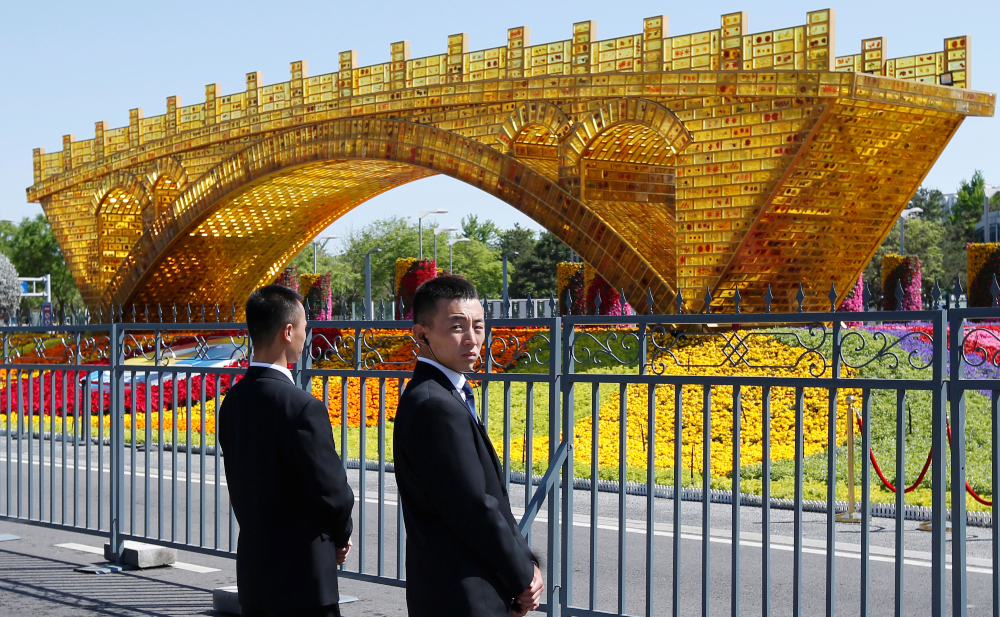 The Dalmatian coast is sickeningly beautiful, and in a couple of months, a gaggle of Scandinavian tourists will descend upon the village of Komarna to fulfill their annual quota of sun, sea, and barbecued fish. But this summer season the tourists will be sharing Komarna with one of Croatia’s most important infrastructure projects: an EU-funded bridge across the Bay of Mali Ston that is being built by China Road and Bridge Corporation (CRBC).

I ask Marin, who runs a restaurant bar in Komarna, whether construction of the 2.5 kilometer, four-lane expressway might deter visitors, but he seems unworried. Marin says that the new bridge will be good for business, lubricating the flow of tourists along the Adriatic and onto the seaside veranda of his restaurant.

That flow is currently obstructed by the Neum strip—a narrow parcel of coastal land that belongs to Bosnia and Herzegovina, and which makes it impossible to drive the length of Croatia without leaving and re-entering EU territory. When it opens in 2021, Pelješac Bridge will allow commuters and tourists to bypass Neum, easing summer traffic jams, and, in the words of Chinese Premier Li Keqiang, “safeguarding Croatia’s territorial integrity.”

Of course, Bosniak politicians aren’t particularly happy about their country being cut off from access to the open sea. The bridge is also unpopular with European construction firms like STRABAG, which competed for the Pelješac tender but saw its offer undercut by 20 percent. For European companies, competition with China in the near abroad has been an issue for years, but Pelješac is different—it is proof that Chinese companies are capable of winning EU tenders and beating European firms on home ground.

No Proof of Illegal Subsidies

STRABAG say that CRBC’s €280 million offer was unfeasibly cheap, but the courts disagree that CRBC are guilty of price dumping. One EU official told me that they looked at CRBC’s tender every which way they could, but they found no grounds for intervention and no proof of illegal subsidies from the Chinese state.

But just because it’s legal, doesn’t mean it’s fair. According to Ulrich Paetzold, Director General of the European Construction Industry Federation (FIEC), the entry of Chinese companies like CRBC to the EU market “has nothing to do with fair competition.” CRBC is a state-owned enterprise (SOE), that, like all Chinese SOEs, benefits from a captive domestic market and easy access to funds from Chinese policy banks. Directly or indirectly, CRBC is subsidized to a degree beyond the wildest imaginings of European companies.

Beijing has never followed EU free market norms. This didn’t matter when European companies had the upper hand, but the new reality is that, at least in the short term, Chinese state mercantilism is proving incredibly competitive. Many in Europe are now calling on Brussels to adapt EU rules accordingly. Earlier this year, the confederation for German industry issued a paper that laid out stark demands for a more proactive use of EU subsidy laws. Around the same time, there was Franco-German uproar at the EU decision to block the Siemens-Alstom merger—deal that would have formed an industrial giant capable of competing with Chinese SOEs.

Other European voices claim that “becoming more Chinese” is not the answer, that the EU must not undermine its own values through recourse to protectionism. In Brussels the view is that the rest of the world will eventually converge with EU standards and practices—that the EU will eventually win out by means of its regulatory and moral superiority.

But CRBC’s Croatian presence is a reminder that Europe is not holding its own against China’s state-sponsored corporate expansion. CRBC has spent years familiarizing itself with the European regulatory environment in Montenegro and Serbia, where it has won lucrative contracts facilitated by loans from the Exim Bank of China. A primary objective of the BRI is to push Chinese companies to the top of the global food chain using state financial muscle, and Pelješac is proof that the strategy is working.

After a three-month-long exchange, during which I was promised an interview, the Croatian Ministry of Maritime Affairs, Transport and Infrastructure eventually decided to ignore me altogether. I also failed to secure permission from CRBC to visit the construction site, but luckily for me, Marin’s navy-veteran father keeps a speed boat moored outside his restaurant.

In the middle of the sea, between the two ends of the soon-to-be bridge are a cluster of black pylons that CRBC has sunk into the seabed. They rise from the water like steam-punk relics, strangely out of place against the sea and the sky, which are both Photoshop-blue. You only get a sense of their immensity when you realize that they are the same hundred-meter-plus pylons moored on the barge by the shore, and suddenly, the sea seems much deeper than it did before. To the right of Komarna as you face the shore, the massive crane arm of the Xiong Cheng 1 stands out against the horizon. Hundreds of Chinese workers are laboring away, and by the end of the summer they’ll have sunk 150 supporting pylons into the Bay of Mali Son. Just a short distance from the Xiong Chen 1, a family of early Dutch tourists play in the crystal waters, oblivious to the fact that they are bearing witness to a milestone in Beijing’s Belt and Road ambitions.