Planned as a Euro-Atlantic project, a new deep-sea harbor in Anaklia on the Georgian Black Sea coast made a lot of sense. With the US investor pulling out, will Tbilisi now turn to easy Chinese credit? 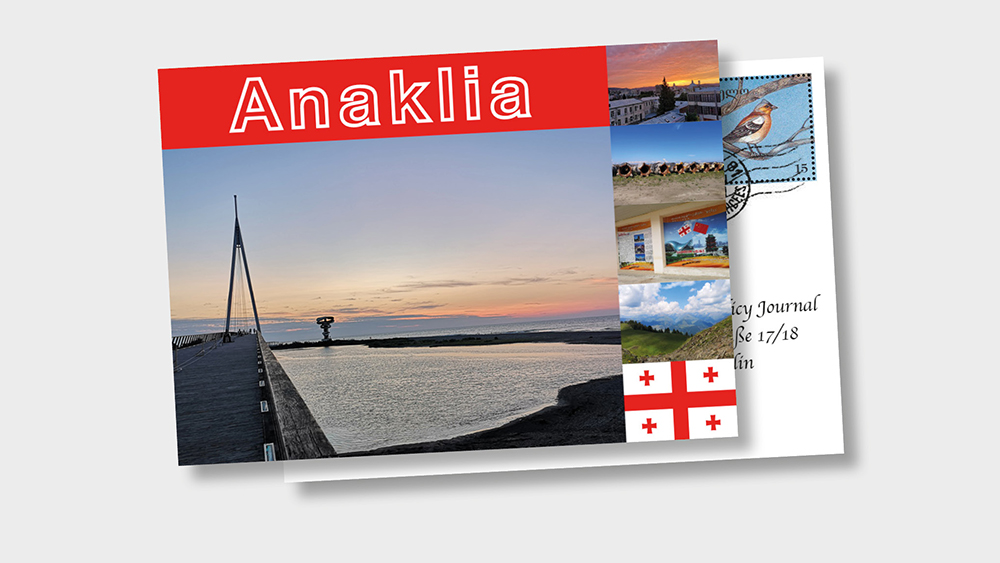 There’s not much to see in Anaklia, but I insist on visiting—I want to find out what 5 million cubic meters of sand looks like.

For almost three months last year, one of the world’s largest dredging ships—a Dutch vessel named the Athena—sat just off the Georgian coast, pumping up sand from the bottom of the Black Sea. The result is, quite honestly, underwhelming: a vast expanse of black-grey sand punctuated by plastic drainage tubes that litter the landscape like a carpet of dead sea worms.

These are the inglorious beginnings of Anaklia port—a project that the CEO of Anaklia Development Consortium, Levan Akhveldiani, tells me will be a turning point in the history of Georgia. Akhveldiani hopes that this mass of sand will soon become the first deep-sea port on the Eastern coast of the Black Sea, positioning Anaklia as a major international logistics hub along the New Silk Road.

But the future of the development is far from certain. It is plagued by rivalry with Poti port to the South, by financing problems, and by a domestic scandal that some say indicates Russian obstruction. Just this month, the consortium lost its founding member: the US construction giant Conti Group pulled out, diminishing the project’s hitherto firmly Euro-Atlantic flavor.

Aside from partial funding from the China-led Asian Infrastructure Investment Bank (AIIB), Chinese interest in the port has largely been frustrated. According to insiders, Beijing sought too much control, wanting to build, operate, own, and finance the port with loans guaranteed by the Georgian state.

The preference for US investors might also be geopolitically motivated. Walk north from the Anaklia construction site, along the seaside promenade and past the tacky resort bars, and you’ll find yourself on the border with Abkhazia, a separatist “republic” recognized by Russia after its invasion of Georgia in 2008. Chinese capital is always appealing, but Beijing can’t offer the kind of security guarantees implied by US involvement.

Despite Georgia’s rhetorical enthusiasm for the Belt and Road Initiative (BRI), China’s footprint in the country is still small. Tbilisi’s Western orientation may play a part in this story, but Georgia also has good access to international finance and a strong sense of fiscal responsibility. This makes the BRI model, which often involves hefty Chinese loans or controlling shares, less appealing in practice.

Beyond the sometimes-contradictory mists of domestic politics, powerful forces in Georgia do seem determined to turn this mass of sand into a bustling Black Sea hub, and the recent departure of Conti Group reopens the prospect of Chinese involvement. Georgia has good reasons to continue overlooking Beijing for the job, but easy Chinese capital is an ever-present temptation.