Can Berlin find the courage to ban the world’s biggest telecoms equipment provider from its 5G network? Fear of Chinese espionage must be weighed against fear of economic reprisal. 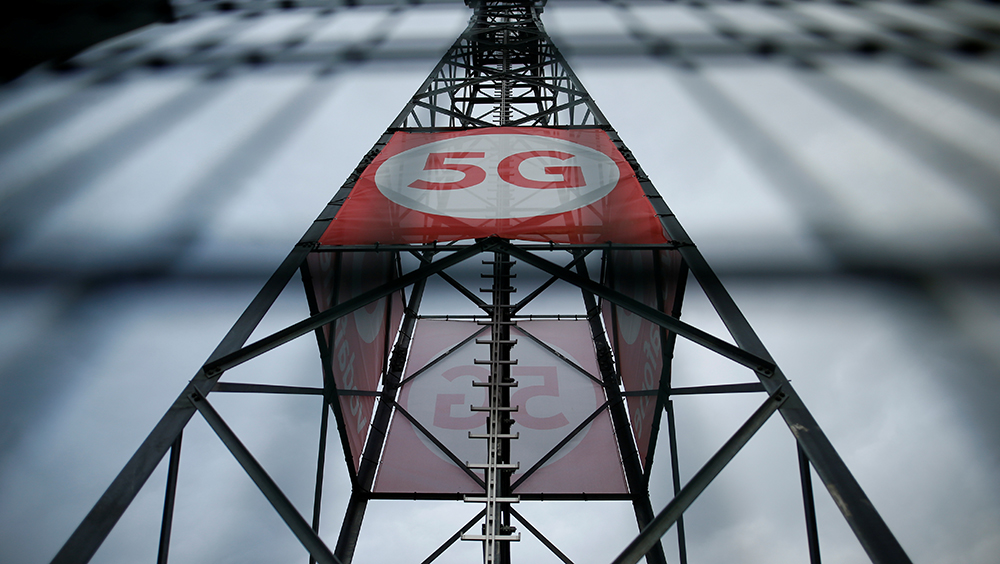 In early November, weeks before the debate erupted in Germany over whether China’s Huawei should be allowed to participate in the country’s next-generation mobile network, I asked a senior Australian official which way he expected Berlin to lean on this critical question.

Australia had already taken the decision to ban Huawei and other Chinese suppliers from its 5G network on national security grounds. The United States, embroiled in an escalating trade war with China, was doing the same. And New Zealand, a small country with close economic ties to China, would soon follow suit, despite fears of a backlash from Beijing.

But in Germany, Europe’s economic powerhouse, there was little or no debate about the security risks associated with Huawei, the Shenzhen-based company that is now the world’s biggest supplier of telecommunications equipment. And the clock was ticking down. Germany’s 5G auctions were scheduled to begin in the spring of 2019.

The Australian official, speaking on condition of anonymity, recalled how Canberra’s decision to ban Chinese suppliers had taken a huge amount of political guts. It had required close collaboration and trust between the Australian government and the country’s intelligence agencies. And it had meant accepting that Australia would suffer short-term―and perhaps longer term―political and economic consequences for angering the Chinese.

In Germany, the official pointed out, the political backdrop looked quite different. The election campaign in 2017 brought no serious debate over the big foreign policy questions facing Germany. Then came the failed coalition talks between Chancellor Angela Merkel’s conservatives, the Greens, and the Free Democrats. Next, the reeling Social Democrats (SPD) had reluctantly stepped into the breach, keeping Merkel and her weary grand coalition in power. But the chancellor had emerged battered and bruised. German politics was consumed by questions about Merkel’s future and distracted by a tedious months-long debate over the fate of Hans-Georg Maassen, the soon-to-be ousted head of Germany’s domestic intelligence agency. Public trust in the intelligence community, never high in Germany, had hit a new low.

“German politics has been preoccupied with itself for over a year,” the Australian official told me at the time. “The strong leadership and political stability required to take big decisions on issues like 5G does not appear to be there.”

Much has changed in the three months since. Merkel staved off a brewing internal revolt by stepping aside as leader of her CDU party, restoring a fragile calm to German politics. Germany’s leading industry lobby made headlines in January with a surprisingly critical paper on China, in which Berlin’s top trading partner was described as a “systemic competitor.”

And finally, the debate over Huawei and 5G has taken off, animated by the early-December arrest in Vancouver of Meng Wanzhou, the Chinese company’s Chief Financial Officer and the daughter of its founder. Barely a day goes by in Berlin now without a conference or closed-door government meeting on the issue.

The Government is Split

But while Germany’s political class has woken from its slumber, it still feels paralyzed. The decision whether to follow the lead of Canberra and Washington and ban Huawei as a supplier for its 5G infrastructure is the first big strategic decision that Berlin will have to take since the dawn of a new era: that of Donald Trump, Xi Jinping, and big data. The experience is deeply unsettling for a country that is not used to making big national security choices of its own, and which is struggling to define its role and interests in a more Hobbesian world of big power competition.

Germany’s leadership would have preferred—as it initially tried to do in the debate over the Nord Stream 2 pipeline—to label the 5G issue an Unternehmenssache, or issue for companies like Deutsche Telekom to decide.  Another favored option would have been to take the heat off the politicians by assigning a ministry, or perhaps Germany’s cyber security authority, the BSI, responsibility for the decision-making process.

Instead a fight has broken out within the government, with China skeptics in the SPD-led foreign ministry pushing for an outright ban of Huawei, and the CDU-led economy ministry pushing back out of concern such a ban would delay the rollout of 5G across Germany, push up cost, and put the suddenly slowing German economy at a competitive disadvantage.

More recently, members of the Bundestag have demanded a say in the matter. Whispering in everyone’s ear are German companies, led by big automakers who have become entirely dependent on the Chinese market. They fear that if Huawei is excluded, their businesses will feel the wrath of the Chinese state.

The Dangers of China‘s Intelligence Law

It is slowly becoming clear that this is a political decision that may have to be made by the chancellor herself. Merkel, known for sitting out contentious debates like this until the direction of travel is clear, has offered few clues about her thinking. On a visit to Japan in early February, she suggested China would have to provide no-spying guarantees if home-grown companies like Huawei were allowed to participate in Germany’s 5G rollout—a statement that even close allies of the chancellor laughed off as horribly naive.

Merkel is a physicist who likes to focus on facts. But the facts are no savior here. Yes, Huawei has been deeply entrenched in the German telecommunications market for years. It has a longtime partnership with Deutsche Telekom, which vouches for its products and professionalism. Huawei is a private, not a state-owned company. And neither the US nor any other government has produced a “smoking gun” that proves Huawei is an espionage risk because of its Chinese roots. The company vigorously denies that it has ever passed on information to the Chinese state or ever would.

And yet, China’s intelligence law from 2017 obliges all Chinese citizens and organizations to support and cooperate with the state in intelligence gathering. If Beijing came knocking, would Huawei really have a choice in the matter?

A confidential paper from the Mercator Institute for Chinese Studies (MERICS) that was circulated to top German government officials in mid-February is clear on this matter. “In light of the overall political and legal environment in China, trusting the Chinese party-state and Chinese companies with not abusing their access to critical infrastructure is unwarranted,” the paper reads.

Can You Trust in a Trust Clause?

Complicating the calculus for Berlin and other European capitals is the complexity of 5G, a transformational leap forward in technology, that will allow data to be streamed about a hundred times faster than 4G and make driverless cars, smart cities, and other large-scale applications of connected devices feasible on a commercial scale. In a November note entitled “The Geopolitics of 5G,” analysts at political risk consultancy Eurasia Group argued that this complexity raised the potential for malicious cyber-attacks exponentially.

Still, Germany’s BSI cyber security watchdog believes the risks of using a Chinese supplier like Huawei for 5G can be managed by introducing tougher vetting procedures, including a certification process for all hardware and software updates. Germany’s interior ministry, which oversees the BSI, wants to add a “trust clause” to Germany’s telecommunications law. Another idea is to keep Huawei out of the core 5G network without excluding them completely―an approach favored by France.

But some German politicians dismiss these ideas as a grey solution to a black-and-white-problem. “In the end, no matter how many technical fixes and no-spy deals the government dreams up, there are no weaselly ways to resolve this,” Reinhard Buetikofer, a Greens member of the European Parliament, told me.

A Call for Courage

Public pressure from the Trump administration is not making it easier on the Europeans, who are desperate to avoid the impression that they are kowtowing to Washington. Late last year, US officials came through Berlin to present their argument against Huawei behind closed doors. But lately, they have abandoned any semblance of discretion, going public with their campaign. Both Vice President Mike Pence and Secretary of State Mike Pompeo have both issued open warnings to Europe about using Huawei in recent weeks.

Iranian Foreign Minister Mohammad Javad Zarif summed up the dilemma for Berlin and other European capitals in his speech at the Munich Security Conference. “If the United States were to come in the course of their fight with China and tell Europe to stop dealing with China, what would you do? Whatever you want to do then, do now, in order to prevent that eventuality. Because a bully will get bully-er if you succumb,” he said.

In an ideal world, Europe’s big countries could agree on a common 5G approach. That would give each of them a degree of cover. Informal talks have been taking place between the Germans, French, and British in recent months in the hopes of aligning their positions, one European diplomat told me. The European Commission is also scrambling after staying silent for months.

“Germany does not want to take a big decision like this on its own,” the diplomat said. “But you can’t delay forever. At some point the courage must be found.”