Olaf Scholz is the SPD’s best—and only—hope for the chancellery. In terms of politics and character, he is a close Merkel look-alike. But neither time nor the numbers are on his side, and his early nomination bodes ill for the stability of Germany’s new European policy. 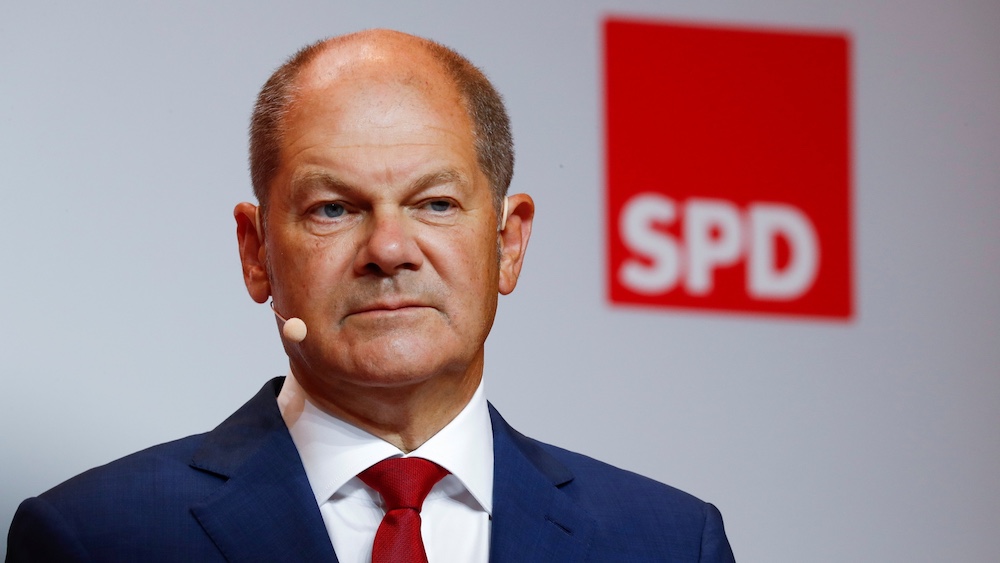 Try to picture what Angela Merkel would be like as a man, slightly younger and of West German origin. But just as solid, rational, and pragmatic as the woman who has governed Germany for the last 15 years. Unimaginative, yet endowed with a wicked sense of irony (mostly kept private). Combining political flexibility with a lot of experience and a deft hand at power play.

You are bound to end up with Olaf Scholz, 62, current vice-chancellor and finance minister. In terms of character and politics, he is Merkel’s twin—and so far, also her most important ally in the cabinet. And if it was up him—and now his party, too—Scholz would become her successor as well.

In a surprise coup, Germany’s Social Democrats on August 10 nominated Scholz as their candidate for the chancellery in the 2021 elections. The surprise was in the timing, a very long 13 months away from the likely polling day, and in the unanimity of the decision. But not in the choice itself: in a party that has used up leaders at a crazy rate, Scholz is the last popular, well-known figure (read our 2018 profile of him here.)

He owes this popularity in equal parts to his own talent, his excellent working relationship with Merkel, and the appeal of his sober pragmatism during the coronavirus crisis. Yet as a nominee, he will now be exposed to much closer and more unforgiving attention.

The Wirecard scandal—a huge case of fraud in a now-bankrupt German payments system company that should have been uncovered and stopped by financial regulators reporting to the finance minister years earlier—may provide a first taste of the changed atmosphere. Politicians from every other party will now try to lay the blame at Scholz’s door.

Even apart from Wirecard, Scholz will have to perform a multiple balancing act until the 2021 elections. It begins with his own party, a divided and self-destructive organization, where Scholz is respected but not liked. Just nine months ago, Germany’s Social Democrats (SPD) passed him over for the party leadership and chose two relatively unknown politicians from the left wing instead.

In any case, the SPD has been moving much further left as its election results have deteriorated–yet Scholz appeals to voters precisely because he is a moderate. As a candidate, he will need to motivate his party to campaign for him while reassuring centrist voters that they need not fear drastic changes. That may not be easy: the SPD’s most plausible claim to the chancellery means entering a coalition with not only the Greens, but the socialist Left Party.

In the meantime, Scholz will be facing new rifts within the grand coalition with Merkel. Earlier this year, Scholz could rely on the Christian Democrats (CDU/CSU) to support the enormous spending programs he designed to help the German economy survive the COVID-19 crisis. But what happens if the pandemic continues and the slump gets deeper? Merkel’s conservatives will hesitate to endorse further deficit spending for ideological reasons. But they also won’t want to hand Scholz another victory.

The same is true at the European level, only more so. Scholz is a European integrationist. Even before coronavirus, he broke with some of the taboos set by his predecessor in the finance ministry, Wolfgang Schäuble, by backing, for instance, a European deposit insurance scheme. When the pandemic set in, Scholz worked closely with his French counterpart to push for more generous European support to those member states that were hit hardest by the virus.

As candidate for the chancellery, Scholz said that a European Union based on more solidarity was going to be one of his main concerns. Such a stance is bound to lead to conflict within the current coalition. Merkel did put her considerable political weight behind financial support for weaker EU countries this summer. But many in her party quietly disagreed.

Such tensions are certain to rise to the surface now as the race to succeed Merkel heats up within the conservative bloc. It is lucky for Europe that the EU budget deal was finalized in the early weeks of the German EU presidency; during the remaining four months, the emerging domestic differences are going to be much more of a hindrance.

Just before Scholz’s nomination, the SPD stood at 15 percent in the polls, behind Merkel’s conservatives (38 percent) but also the Greens (18 percent). Scholz does not lack self-confidence; he believes that a good candidate can add 10 percent to the score. But even then, and even if SPD remains united behind Scholz, the math remains uncertain.

Much depends on the future course of the pandemic. Politically, the COVID-19 crisis has boosted both Merkel’s and Scholz’s approval ratings. When Merkel leaves office next year, will German voters turn to her closest political look-alike? It’s possible. But so is the reverse. A German public that is fed up with the pandemic and its effects on everybody’s life may want to opt for change.