For its own sake and that of the EU, Germany needs to say goodbye to its geo-economic approach to foreign policy. 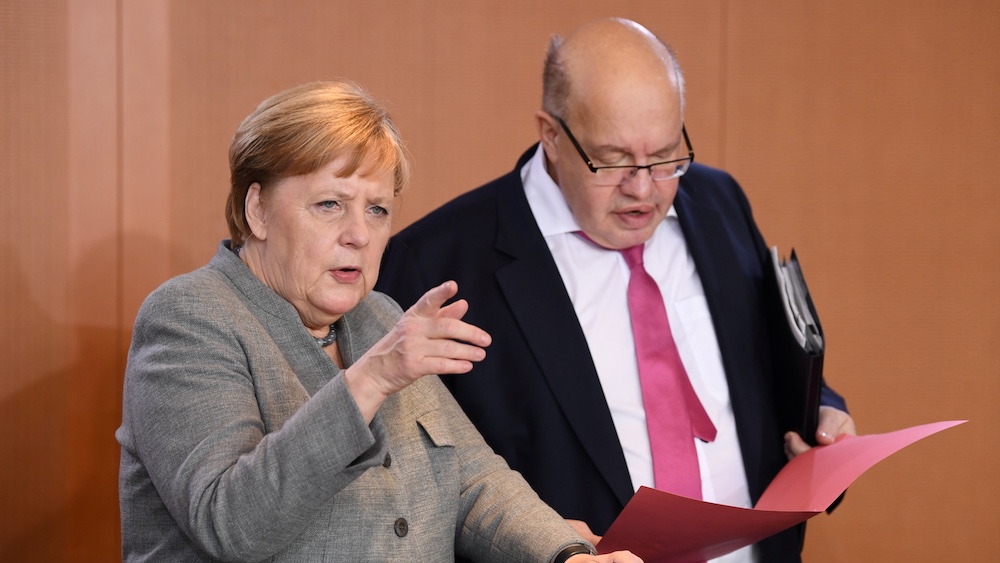 Seven years ago DIE ZEIT foreign editor Jörg Lau provocatively wrote of the “German love of dictators,” pointing to Germany’s uncritical embrace of autocracies, kleptocracies, and theocracies in the name of smoothly doing business, be it China, Russia, or Iran. Lau criticized the German tendency to value “stability” above all else and to characterize the alternative to dictators like Vladimir Putin always as “chaos, separatism, nationalism or even Communism.” Attempts at criticizing regimes like Putin’s was regularly denounced as “hyper-moralism”—and who are the Germans to play the school master of the world given their history?

Strikingly, this approach remains dominant in the case of Germany’s relationship with China, too. Peter Altmaier, the Economy Minister and close confident of Chancellor Angela Merkel, gave an interview on July 15 to Politico Europe defending Berlin’s refusal to take a hard line over China’s repression of Hong Kong. Altmaier argued that those advocating a more strident approach were ignoring the economic consequences of confronting Beijing. He sounded like many of his Social Democratic (SPD) predecessors, making the case for Wandel durch Handel (“change through trade”), stating, “I have always been convinced that change can be achieved through trade.” He argued that this strategy had worked with the former Soviet Union and remained the core of the German approach to the Middle East, Africa, and Asia.

This answer and approach are mistaken and are quite dangerous in the longer term. The phrase of Wandel durch Handel came out of the earlier formulation of Egon Bahr of Wandel durch Annährung, or “change through rapprochement.”  This was the original concept behind the shift in the West German strategy toward the Soviet Union in the early 1970s under Chancellor Willy Brandt from one of a policy of strength to one of dialogue.

Many Germans, especially Social Democrats, believe to this day that this was the primary factor behind the peaceful reunification of Germany in 1990. It’s true that West Germany’s acceptance of the postwar territorial order and the renunciation of claims for the lost lands in the east were crucial to Mikhail Gorbachev’s acceptance that Germany was no longer a threat to the Soviet Union. Without the support of the United States, however, both with its extended deterrent and diplomacy, German unification would not have happened the way it did.

This way of thinking also downplayed the major political and ideological differences between the West and Communist East to the point that Chancellor Helmut Schmidt agreed with the East German Communist leader, Erich Honecker, that martial law was necessary in Poland in 1981. Stability trumped ideological differences, democracy, and human rights. This was a form of realism to be sure and another example of the German love of stability.

The Primacy of Economics

The reasons behind Germany’s passivity lie in the nature of the its geo-economic approach to foreign policy, which is grounded in its political economy. Germany is the most export driven economy in the world, with close to half of its GDP deriving from exports. It also has the globe’s largest per capita current accounts surplus, is heavily dependent on industry and on the import of energy and other raw materials to fuel its industrial core. The business of Germany is business and despite the importance of Moralpolitik and the need to atone for the crimes of the Third Reich, economics is seen as the foundation of both German democracy and Berlin’s international role.

This approach was adapted to Putin’s Russia from 2008 under the “partnership for modernization” of then-Foreign Minister Frank-Walter Steinmeier during the first Merkel Grand Coalition government. This concept argued that change would come through economic interdependence, or Verflechtung. The growing authoritarianism of the Putin regime and the Russian invasion of Ukraine shook, but did not break this illusion. To this day, however, German investment and trade with Russia has done practically nothing to open up the political and judicial system of Russia or to reduce its rampant corruption. Based on data compiled by Transparency International, Russia ranks 137 out of 198 countries in terms of corruption and its score of 28 out of a possible 100 has not changed since 2012. There is little evidence of much Wandel here.

Tough on Trump, Soft on Xi

China is a much more different and more important matter, given its much greater economic weight. Both China and Russia have violated international agreements with impunity, Russia in Ukraine and China in its agreement with the United Kingdom on the “one country, two systems” concept for the status of Hong Kong. Like many other Western corporations, German companies like Volkswagen, Siemens, and BASF are manufacturing in Xinjiang province where Uyghurs and other Muslims are being held in interment and labor camps.

Chancellor Merkel has been silent and Altmaier argues that it might be “too risky to pursue a confrontational course” against China. Yet, there is more risk in dealing with a country which openly violates its international agreements and lies without any attempt at pretending they are doing so. Accommodation conveys weakness and invites further pressure and blackmail, undermining the economic and political objectives of the strategy.

While German leaders have been rightly critical of US President Donald Trump’s disregard for democracy and human rights, they have their own version of value free transactional policies with regard to China, Russia, Hungary, and other illiberal regimes. Merkel’s and Altmaier’s Christian Democrats (CDU) continue to welcome Viktor Orbán’s Fidesz into the European People’s Party caucus in the European Parliament; and the government has no qualms about German car makers continuing to invest in Hungarian plants.

Thus, Berlin is not likely to use its EU presidency in the second half of 2020 to stand up to Orbán and to the consolidation of illiberalism in Poland. The current discussions in the EU about a COVID-19 fiscal stimulus package raised the issue of tying economic support to the rule of law, specifically in regard to Hungary, but this was kept out of the European Council’s final agreement.

Time to Change the Tune

With Germany presently at the EU’s helm, this would be the time to show that the EU stands for more than just economic power. Non-governmental organizations like Transparency International and German foundations have promoted a more values-based approach including support for democratic reforms, but so far Merkel’s government has fallen far short of expectations that Germany can be a leader for liberal values.

This is the more troubling since Germany’s geo-economic position is under threat from both China and Russia. The issue of intellectual property rights, equal and reciprocal access to the Chinese market, and the role of Chinese investment and takeovers of German companies in key sectors is central to Germany’s continued economic power and independence. This was pointed out last year in a major study by the German Confederation of Industry, the BDI. Russian investments, like Nord Stream 2, pose the prospect of Wandel in Germany rather than in Russia with the export of corruption and political influence buying in Germany itself, not to mention the continued waging of hybrid war by Putin in Germany.

As Lau pointed out in his 2013 article, demand for German products, investment, and expertise will survive a more balanced and critical approach. The Chinese will continue to demand German automobiles and German technology even if the chancellor meets with the Dalai Lama or is critical of the suppression of democratic rights in Hong Kong. Putin will continue to pump gas and provide oil to the German market.

Germans need to learn the lessons of their neighbors. The UK spoke of a new “golden decade” of relations with China under David Cameron, but now Boris Johnson’s government has reversed course banning Huawei from the UK 5G network and sharply criticizing China’s violation of the agreement on Hong Kong. The French government under Emmanuel Macron has also taken a tougher line on Beijing (see also “Pariscope: Macron’s Entente Cordiales Against China”).

Germany is in a far stronger position than the UK to exercise its economic power to speak for its values. Along with Paris, Berlin is key to the development of a strong EU position on China, Russia, and on authoritarians in Europe. As Andreas Fulda recently argued in a commentary for the British think tank RUSI, “Europe can no longer afford Germany’s unprincipled and failed China policy of change through trade… While trade clearly matters, European values need to be defended too.”