Home Berlin Observer How the Alliance for Multilateralism Can Succeed

Germany, France, and other middle powers will officially launch an Alliance for Multilateralism at the United Nations General Assembly. They should consider three policy issues that will make or break the alliance. 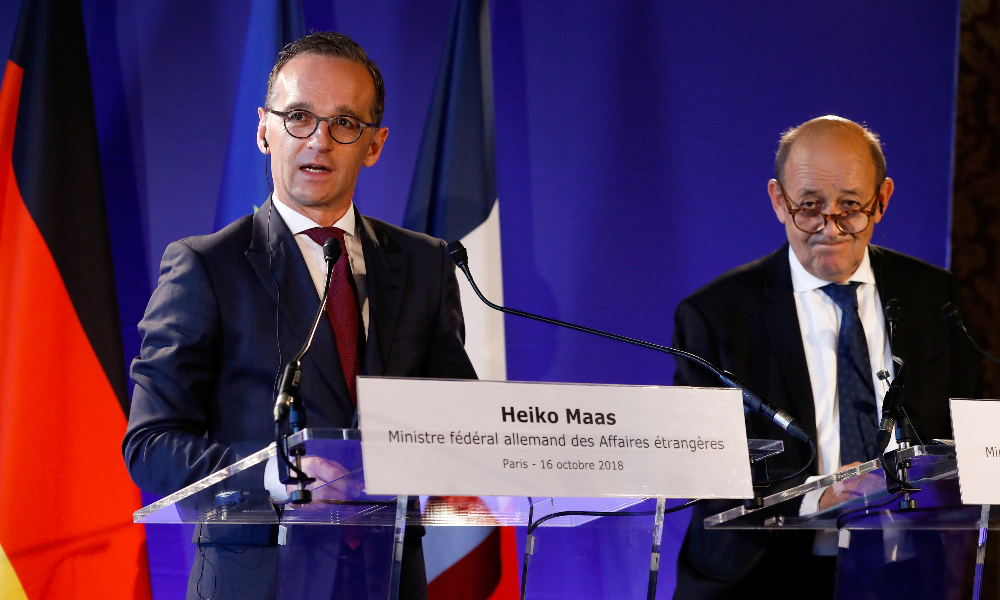 “Multilateralism is under fire precisely when we need it most”, UN Secretary-General António Guterres stated when accepting the Charlemagne Prize in May. Indeed, in recent years we have seen a revival of great power politics and unilateral action, while support for international institutions has weakened.

The good news: some middle powers have joined forces to reinvigorate collective action and the multilateral order, with Germany and France at the forefront. At the opening of the 74th United Nations General Assembly, on Thursday a number of countries will officially launch what has been in the air for a while: an Alliance for Multilateralism, bringing together states that share an interest in not only upholding but further developing the current multilateral order.

The launch is timely, coming in the midst of populist and nationalist resurgences. In order for the alliance to succeed, its members will have to consider three key issues: the group’s normative underpinnings, its agenda, and the geopolitical implications.

Germany and Its Partners

The idea of founding a “multilateral club” of like-minded states is more than a year old: German Foreign Minister Heiko Maas first it during his visit to Tokyo in July 2018. He proposed an “alliance of multilateralists” to defend and develop international rules and to fill the vacuum that had emerged following the withdrawal of “others”—read: Donald Trump’s United States—from the world stage.

Canada was presented as another member of the alliance’s core group during the German ambassadors’ conference in August 2018. Finally, France joined as the fourth core group member: in a joint op-ed, Maas and his French counterpart Jean-Yves Le Drian emphasized that an Alliance for Multilateralism was “more necessary than ever” to stabilize the rules-based international order.

Since then, Germany and France have held consultations with various countries, most extensively during the handover of the presidency of the UN Security Council in April 2019. The countries they approached included Argentina, Australia, Chile, Ghana, India, Indonesia, Mexico, Norway, Singapore, South Africa, South Korea, and the United Kingdom.

While Canada and Japan have officially expressed their support for the initiative, others have been more wary. The more hesitant camp comprises states with traditionally very close ties with the United States, toward which the alliance’s proponents have remained rather ambiguous. Minister Maas has repeatedly emphasized that the grouping is not directed against anyone. Yet his assertion that he “wouldn’t slam the door in anyone’s face” if there was an interest in joining was probably not received as a friendly invitation by his colleagues in Washington.

Ambiguity and Lack of Substance

Terminology does not help Maas’ case: at the very core, the term “alliance” invokes associations of the transatlantic alliance or the Allied Powers of World War II. What these alliances had in common at their inception is that they were clearly directed against someone. While the German foreign minister was eager to emphasize the inclusive character of the grouping, he could not forestall doubts on the other side of the Atlantic and among some traditional US allies (see for instance David Ritchie, Alliance for Multilateralism: An Australian View, from the BPJ’s July/August 2019 issue).

Alliances are also usually defined by a settled membership, unlike the idea of flexible geometry that has now been attached to the Alliance for Multilateralism. Rather than consisting of a defined number of members, this alliance, its creators hope, will gather combinations of countries under its umbrella to take the lead on specific international challenges.

In addition, the term “multilateralism” might not have been the best choice for the minister’s signature project. A recent survey has shown that most citizens in Germany have never heard of the concept or are unaware of its meaning. The numbers in other countries are likely similar. This is not a trivial flaw in a time where populists often set the agenda. But among policy-makers, too, interpretations of multilateralism vary. Chinese political leaders, for example, have acted as defenders of the multilateral system even though they do not attach the same meaning to it as many Western powers, who implicitly regard multilateralism as synonymous with (or at least largely congruent with) the rules-based and liberal international order.

Terminology aside, there is yet another, more substantial weakness of the Alliance for Multilateralism, namely its hazy agenda. As multilateralism is, first and foremost, a tool of international politics, the policy issues one seeks to address in a multilateral manner need to be defined. Diplomats have linked the alliance to climate change, trade, international humanitarian law, and migration, among other things. But the topics have varied since the idea was first presented. A clear-cut agenda is not in sight, and the form and substance of the alliance are still to be defined.

How to make the alliance a success, i.e. to help it become a tool for reviving collective action in international politics? Here are three suggestions:

Communicate your normative baseline clearly: The first task will be to come up with an “Alliance for Multilateralism in a nutshell”, outlining the core features and objectives of the club. An important component of this would be to work out the normative underpinnings that the Alliance adheres to. Clearly, multilateral cooperation and the liberal international order are not the same thing. However, they must be seen as two sides of the same coin: multilateralism is codified in the United Nations, and the latter’s charter was largely built on liberal-democratic ideals. This also underpins the idea of an Alliance for Multilateralism as pursued by Germany, France, and other partners. These countries would do well to be explicit about their view of the international order and the rules and principles they attach to it. After all, doing so would enable other potential partners to decide whether they want to be part of the club. Nobody likes to buy a pig in a poke.

Be bold when setting the agenda. The issues that have been floated so far—climate action, international humanitarian law, migration, trade—are all crucially important. At the same time, various regimes are already in place for regulating and addressing them (e.g. the Paris Agreement, the Geneva Conventions, the Migration Compact, the World Trade Organization). Living up to the ambitions of these frameworks and institutions—and where needed, reinvigorating them—should be a priority of the alliance. It will be even more important, however, to address the “jungle”, i.e. the areas of international collaboration that are not currently regulated by international organizations or regimes. Cyber security and the digitalization of weapons systems are preeminent areas in this respect; biotechnology and geoengineering would be others. In driving forward global governance where it is needed most, the alliance should not shy back from picking these issues as its core projects.

Take geopolitics seriously and involve the US: With all the emphasis on “soft” matters, one must not forget that the multilateral order of the past decades was built on the convergence of great power politics, especially in the 1945 postwar period and the 1990s. The order flourished when the interests of great powers aligned. In times when this is no longer a given, reviving the international order requires the alliance to also address underlying geopolitical rivalries. To do so, the members could come up with joint policy proposals on the world’s geopolitical focal points, such as Syria or Yemen. The role of Australia and Luxembourg in negotiating humanitarian access to Syria in 2013 has proven that coalitions of small(er) states can make a difference when great powers are caught in a political standoff.

Engaging in geopolitical thinking implies that the alliance will have to come clean regarding its relationship with Washington. Despite all the current transatlantic (and trans-Pacific) quarrels, the United States is certainly the great power that shares most of the norms and values that the prospective members of the alliance adhere to. They should therefore actively search for common ground. A starting point could be to take the American criticism of the current multilateral system and its institutions seriously, and to come up with proposals for how to ramp up its effectiveness.

Multilateralism has to regain the strategic initiative. In order to win the race against nationalist and populist tendencies, the rules-based international order has to produce innovative solutions to the world’s most pressing problems. The Alliance for Multilateralism has the potential to give fresh impetus to this undertaking. But it will need to be clearer, bolder, and not shy away from power politics.