The German-French initiative to strengthen multilateralism looks compatible with Australia’s interests. But Canberra wonders where the United States fits in. 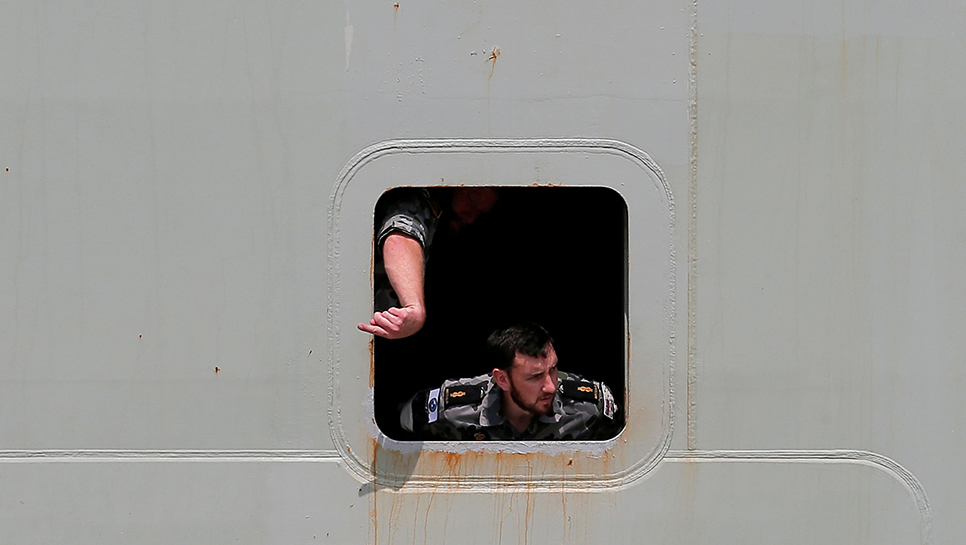 Acting in concert with others where this helps the achievement of our national interests—and, indeed, to head off threats to this achievement—is a key weapon available to Australia. It magnifies the international weight Australia can bring to bear; and the rules-based multilateral system helps build the stability and prosperity Australia needs, in a global environment characterized by perpetual uncertainty.

And these are deeply uncertain times. The tectonic plates on which the post-World War II order was built, modified slightly after the end of the Cold War, are definitely in motion. The order which served us so well for nearly 75 years is under significant challenge from all directions. This is most notably because of: doubts about the US security guarantees that have underpinned global security; the US questioning of the institutions and rules created since 1945 and its unilateralist approach to pursuing its interests; managing the rise of China; disarray in Europe, including uncertainty about Brexit and the future shape of the EU; and a range of other major problems, for example, populism/nationalism, mass people movements, chaos in the Middle East and North Africa, Russian games, and so on.

Against this background, the 2017 Australian White Paper—the most recent and comprehensive definition of Australia’s national interests, the values that underpin those interests, and the approaches that it will take in pursuing those interests—correctly notes that Australia has benefited greatly from the system of global (and, for that matter, regional and bilateral) institutions and rules set in place in the period since the end of World War II.

It clearly states that “Australia’s interests are strongly served by acting with others to support a rules-based international order,” that “Australia will encourage and tangibly support the leadership of the United States to this end,” that “we will work with new and emerging powers to increase their stake in the international system,” and that “we will support… well-designed proposals for new forms of global cooperation and reform of multilateral institutions.”

So, even though the Australian government has yet to comment publicly on the German/French proposal for an “Alliance for Multilateralism,” in broad terms it seems to be very compatible with the approach taken in the Foreign Policy White Paper. No doubt Australia will be represented when the “Alliance” is formally launched—“at Ministerial level”, according to French Foreign Minister Jean-Yves Le Drian—in the margins of the UN General Assembly in September this year. And Australian officials have also attended preliminary meetings in New York since German Foreign Minister Heiko Maas’ speech putting forward the proposal in July 2018 in Tokyo.

But there are some cautionary things that need to be said about the proposal.

The first and most obvious is that it is still very short on detail. Maas told his Tokyo audience that he envisaged it consisting of an “alliance of countries” that: defend and develop existing rules further; show solidarity when international law is broken or ignored; fill vacuums created by the withdrawal of others from the world stage; are strongly supportive of efforts to combat climate change; and which take common political and financial responsibility in international organizations.

That’s all very well and these are fine ideals, but how is it supposed to work? At their meeting in April, Maas and Le Drian mentioned several issues (disarmament, global imbalances, new technologies, human rights, the environment) that could be pursued by such an alliance, but how is that to happen?

Second, what is its fundamental purpose? Some of the objectives in Maas’ Tokyo speech sound suspiciously as though the alliance is essentially anti-US (“fill vacuums created by the withdrawal of others from the world stage…”, for example). And, when asked by the media in New York if the United States would be invited to join the alliance, Maas said he had yet to discuss this with the United States but “wouldn’t slam the door in anyone’s face”—the alliance was about strengthening multilateralism against attempts to hollow it out and “each must decide which side his country is on.”

Committed to the US Alliance

The implication is obvious. If so, why? The US remains a massively important player internationally, including as the EU’s largest trading partner. Marginalizing it and its concerns would be a fruitless exercise. And trying to use the alliance to take forward global issues of the order outlined by the two ministers in April over US objections and despite US caution also seems like a recipe for failure.

Is the aim to encourage the US to re-engage multilaterally? That also seems a dead end for now, given the attitude of the current administration, at least while it still perceives great weaknesses in parts of the multilateral institutions, especially as tools to pursue US interests successfully. As it stands, the alliance proposal is unlikely to persuade America that multilateralism is a better way to achieve the outcomes it wants than the use of bilateral muscle. Just reinforcing the commitment of Western partners outside the US to a multilateral system that the current US administration sees as deeply flawed won’t cut much ice.

And here is a possible difference of opinion between Australia and the alliance proposal’s authors. Although published in 2017, before Australia and others saw the full nature of the Trump administration’s “America first” approach, the Australian Foreign Policy White Paper notes that “Australia will encourage and tangibly support the leadership of the United States” to support the rules-based international order. Australia sees multilateral cooperation as an important tool to pursue its national interests but clearly recognizes the central position of the United States in addressing so many issues of great importance to us. And Australia’s close alliance with the US remains a fundamentally important plank of its security.

Third, we shouldn’t pretend that the system of rules and institutions we now have is perfect as it stands. Let’s be honest: it needs modernization and reform, not least to meet the challenges thrown up by current and emerging global problems. We shouldn’t just dismiss US concerns, some of which we definitely share, about how some of the multilateral institutions operate.

And might not President Trump be right when he complains that the United States’ Western partners have become complacent (or worse, lazy) and aren’t carrying as much of the international burden of ensuring global security and prosperity as they should, instead “freeloading” (as the president claims) off the United States? NATO and the (non-)achievement of its 2 percent of GDP defense expenditure target could be an example of this.
Fourth, although potentially valuable in strengthening and reforming the multilateral system, especially in the face of a resurgence of unilateralism, the Alliance for Multilateralism won’t go to the heart of current problems in the West, which aren’t all about multilateralism. There needs to be a much more robust defense of the values we share and our democracies, for example. And most Western countries are facing major realignments in their established political order.

Do Your Homework First

We also need more certainty about institutions that have been hugely important pillars of global security and stability. Sorting out the significant problems facing one of those pillars—the European Union—and achieving agreement among its members on the shape of the new, post-Brexit EU would make a significant contribution to this. All of this will require leadership and energy of the sort that seems, at least seen from this side of the world, somewhat lacking at present.

And, finally, like-minded countries from across the globe which share interests and values, such as Australia and Germany, need to strengthen their bilateral cooperation. A good start was made to this end through the work of the Australia-Germany Advisory Group a few years ago. That needs to be revived. The Group’s report also contains recommendations for joint action—such as in development projects in Indonesia—that would also contribute to the goal of strengthening global cooperation.

In short, the Alliance for Multilateralism proposal is likely to receive a positive response in Australia. But, in taking it forward, there are still some big issues that need to be considered carefully.