Home Berlin Observer A Big Step Away from German Orthodoxy

Isabel Schnabel, Germany’s nominee to the ECB board, has a pragmatic approach to monetary and fiscal policy. Her appointment may well signal a coming German change of view regarding the wisdom of balanced budgets. 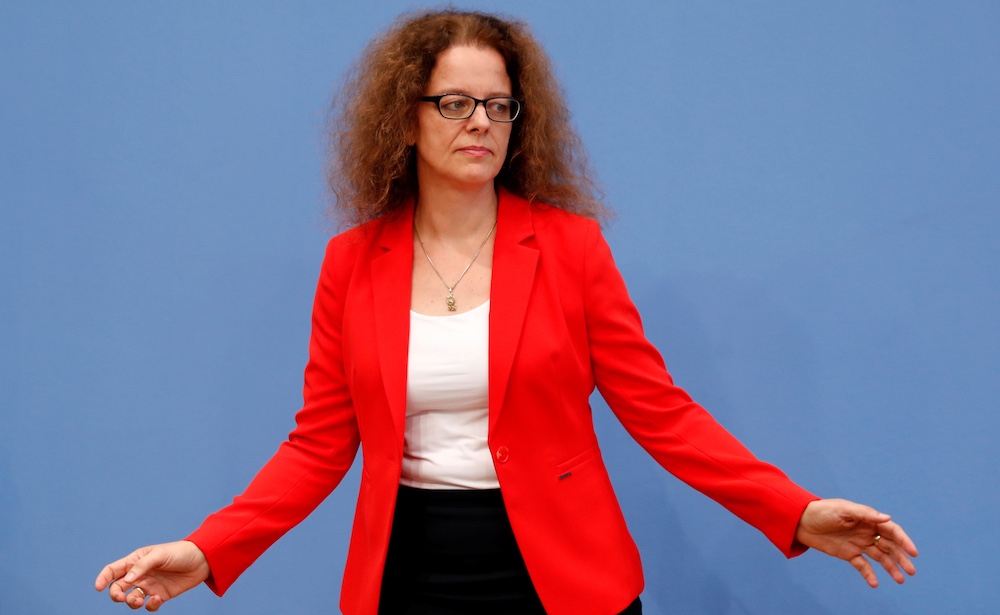 Isabel Schnabel is no dove. Germany’s nominee for the European Central Bank’s executive board is eloquent and persuasive; she holds strong opinions, and she knows how to make her views heard in a field still dominated by men. As an economist, Schnabel has often sharply criticized the ECB’s policies, especially its controversial asset purchasing program.

Yet the 48-year-old, who is a member of the influential German Council of Economic Experts, doesn’t represent German monetary orthodoxy. She may disagree with specific aspects of the ECB’s loose monetary policy, but she doesn’t oppose low interest rates on principle. Ideologically, she is probably much closer to the bank’s new president, Christine Lagarde, than previous German central bankers have been.

In addition, Schnabel takes a different view on fiscal policy from many mainstream economists in Germany. In the latest annual report of the Council of Economic Experts, which was published in early November, she gave a dissenting opinion on two key issues of budgetary policy: first, she argued that Germany should lower some taxes and increase public investment to support the lagging economy.

Schnabel’s second dissenting opinion concerned the Schuldenbremse or debt brake that sets strict limits on public deficits in Germany. In the longer term, Schnabel said, this debt brake should be reformed to allow for more public investment.

End of the Balanced Budget?

Such views are increasingly popular in Berlin, where the economic slowdown means that tax income is not increasing as quickly as in earlier years. Chancellor Angela Merkel’s coalition of conservative Christian Democrats and Social Democrats (if it survives, which is an open question) will find it much more difficult than in the past to spend its way out of internal disagreements. The days of a balanced budget seem numbered.

This makes Schnabel a very interesting choice for the German government—and a very different one from earlier appointments to monetary top jobs, Jens Weidmann, president of the Bundesbank and as such a member of the ECB’s governing council, and Sabine Lautenschläger, Schnabel’s predecessor on the bank’s executive board.

Weidmann is the ECB’s most outspoken critic of extremely low interest rates. He served as Merkel’s economic adviser before being appointed to the Bundesbank at the height of the euro crisis in 2011.

At that time, Germans—Merkel’s conservative bloc in particular—were deeply worried about the bailout programs that had been set up to save the eurozone. Risking German taxpayers’ money in order to keep spendthrift countries afloat was extremely unpopular. In that context, a Bundesbank president with strict views on monetary and fiscal discipline seemed like a last line of defense.

Lautenschläger joined the ECB’s executive board three years later, in 2014, when Spain and Portugal had already managed to exit the bailout programs, but Greece and Cyprus were still regarded as vulnerable. Again, Berlin chose a proponent of monetary and fiscal conservatism.

During her time at the ECB, Lautenschläger was as fiercely opposed as Weidmann to continuing the bank’s policy of easy money. While both did have some allies on the governing council, notably the central bank presidents of the Netherlands and Finland, the majority of southern European countries generally backed outgoing president Mario Draghi’s policies.

Lautenschläger stepped down at the end of September, three years before the end of her term, following an ECB announcement that it would lower interest rates even further and resume its controversial asset purchase program. Draghi had pushed through those decisions just six weeks before the end of his mandate, causing an outcry in Germany.

At the time, Schnabel was still a professor at Bonn University, albeit a specialist on eurozone reform and banking regulation, and had no inkling that she might be asked to join the ECB in the near future. Yet in an interview with the business daily, Handelsblatt, she strongly defended the central bank.

“Of course, you can disagree about specific measures,” Schnabel said. “But if politicians, journalists and bankers reinforce the narrative that the ECB is stealing German savers’ money—that’s dangerous. It will come back to haunt us one day.” Schnabel pointed to Britain, where the EU was used as a scapegoat for many years. This was now leading to Brexit, she said. “In Germany, the ECB is constantly being made into a scapegoat.”

Such opinions certainly won’t hurt Schnabel in her new job. More importantly, her differentiated approach toward the ECB’s monetary policy may gain her more influence than Weidmann and Lautenschläger had. Schnabel is a good communicator, and it helps that she is an economist while both Lautenschläger and Lagarde are lawyers by training. If she teams up with Lagarde, the only other woman on the bank’s executive board, both could benefit.

“The ECB’s Executive Board is running out of economic skills,” ING analyst Carsten Brzeski wrote in late October. “With Schnabel, Germany would have an excellent economist on the board, who has been rather supportive of the ECB’s monetary policy decisions of the last years (…) Schnabel could also emerge as a Lagarde whisperer, giving Germany a much better and much more constructive influence on ECB decisions than the traditional nein.”