The experienced politician from one of Germany’s smallest states has often been underestimated–like Angela Merkel, the women she hopes to succeed as CDU party leader and, eventually, chancellor. 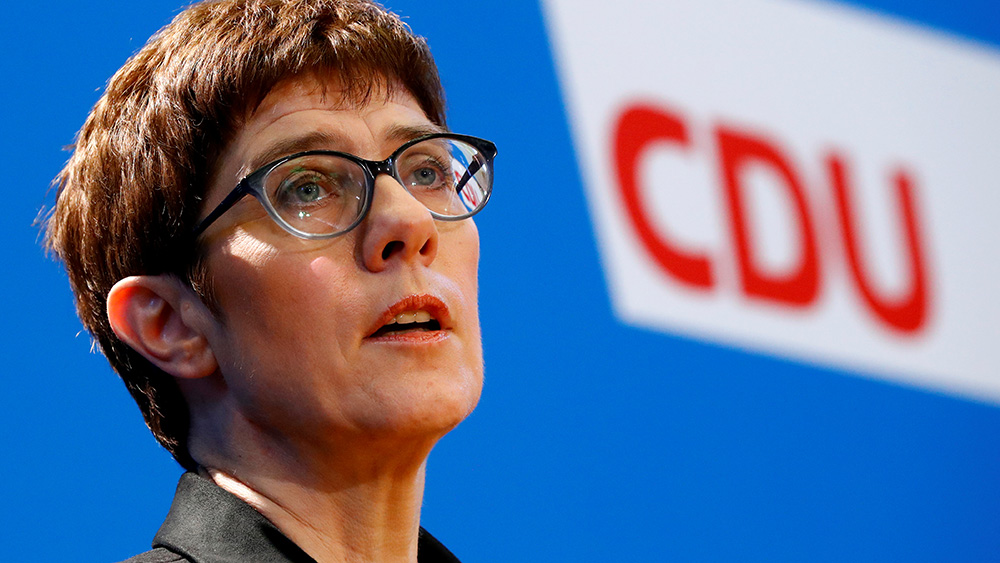 Long before she entered politics, married, and acquired her tongue-twisting, double-barrel surname, Annegret Kramp-Karrenbauer’s dream was to be a teacher. Plan B: midwife.

She may need all the skills of those two jobs, and much more besides, if on Friday she becomes the eighth leader of Germany’s center-right Christian Democratic Union (CDU).

Everything has come at once for the woman known to all as AKK. And not just for her: ordinary Germans are struggling to understand the 56 year-old who seems to have emerged from nowhere as Angela Merkel’s heir apparent.

And yet her apparent overnight success masks a long climb up the ladder of power. That began with her 1984 election as councilor in her small town home of Püttlingen in Saarland, a tiny southwest German state, on the French border.

Along the way she has bettered CDU grandees, party colleagues, and, when she became the Saarland interior minister in 2000, promoted by state governor Peter Müller, she faced down local police and state prosecutors who openly questioned her authority. Those questions vanished, at the very latest, when she succeeded Müller as governor of Germany’s smallest state.

Taking Nothing For Granted

Eventually she heads to Hamburg leading in opinion polls, with 48 per cent of CDU supporters behind her, AKK is taking nothing for granted.

The new party leader will not be chosen by voters but 1,001 regional party delegates in a secret ballot. No one knows for sure how they will vote and, after an eight-stop tour of the country, AKK knows many are impressed with Friedrich Merz. The 63 year-old is the CDU’s prodigal son, a former deputy leader who clashed with Merkel and left but has returned from the wilderness to succeed her. He is a strong speaker, and doesn’t lack in confidence, while the tiny Ms Kramp-Karrenbauer can struggle to be noticed.

But unlike her main rival she has 18 years of uninterrupted government experience under her belt.

Many analysts have dubbed her Angela Merkel 2.0, given both are women and prefer compromise and ego-free politics. Like Merkel, Kramp-Karrenbauer owes her rise to hard work, being underestimated, and a love of calculated risk. But, from her record, AKK loves risk even more than the outgoing CDU leader.

In January 2012, a year after taking over as Saar state premier, she swapped coalition partners in office then called—and won—a snap election. Merkel was annoyed by AKK’s risk-taking but impressed with the results. Last February, Merkel lured her to Berlin as CDU secretary general.

Neither woman mentioned the obvious gravitas of the decision, confidantes say: becoming secretary general—as Merkel did many years before her—is AKK’s best chance to lead the CDU.

If she wins on Friday, analysts may soon spot similarities between the Saarland politician and another CDU leader: the late Helmut Kohl, from neighboring Rhineland-Palatinate. Like him, AKK has a sharp political mind and a knack for wrapping hard political polemic in mild regional German vowels.

That has allowed her both defend and attack the hot button political issue in this leadership race: Merkel’s refugee crisis response of 2015-16, that saw over one million enter Germany.

During the regional road show she backed the Merkel approach at the time, not to close German borders. Yet she has promised regional delegates that criminal asylum seekers should be deported at speed and “never allowed set foot again on European soil”—even if they come from war-torn Syria. Somehow she has managed to do so without being denounced as a populist hardliner.

Similarly, though pitching herself as the centrist continuity candidate, she has made a play for CDU conservatives—attacking liberal abortion laws and standing by remarks likening same-sex marriage to pedophilia and polygamy.

For journalist Kristina Dunz, author of the first AKK biography, the politician is a value conservative with a left-wing social policy heart, whose differences to Angela Merkel are more interesting than the similarities.

“She doesn’t wobble in her positions, even when criticized,” said Dunz. “She is more emotional … and not as slow and deliberate as Merkel. She is also more belligerent.”

AKK knows no one would believe her if she distanced herself too much from the woman who promoted her. She promises to keep the chancellor’s conciliatory approach to leadership—finding compromises that make everyone look good—but promises a more dynamic political style.

What will this look like in practice? An end, she vows, to the  “leaden” Merkel era of sitting out decisions or imposing “without alternative” decisions from above.

Instead her CDU will turn grassroots concerns into government policy, she says. As well as more dynamism vertically, she wants a horizontal transformation to re-invigorate the CDU’s various wings—from conservative to centrist—and revive the party’s profile as a catch-all, center-right Volkspartei .

That is the best way to beat back the far-right Alternative für Deutschland (AfD) and pull back lost CDU voters, she says.

No Moment to Rest

If elected CDU leader on Friday, Annegret Kramp-Karrenbauer will have no moment to rest. She has to give back hope to the party—struggling on 28 percent in polls and down five points from the 2017 election disaster result.

Beyond revitalizing the party, and preparing it for two difficult state elections next year, she has to accommodate herself with Angela Merkel, who plans to stay on as chancellor until 2021.

Finally, the new CDU leader has to revive a grand coalition lumbering under its own leaden reputation. Its coalition partner, the Social Democrats (SPD), are down to just 17 points in opinion polls and skidding from one identity crisis to the next. After taking six months to get into office, it is far from a given that this government will last the distance. If not, AKK—already thrust into the CDU leadership with little warning—could find herself running for the chancellery sooner than expected.

And, almost without planning it, the Saarland politician could soon find herself at the helm of the EU’s largest and most powerful member state—and effectively heading the bloc itself—in uncertain of times.