Will she or won’t she clinch it? British Prime Minister Theresa May is yet again fighting for her political life as she seeks to persuade the British parliament to back her Brexit deal. But unfortunately for her, the numbers don’t seem to add up. 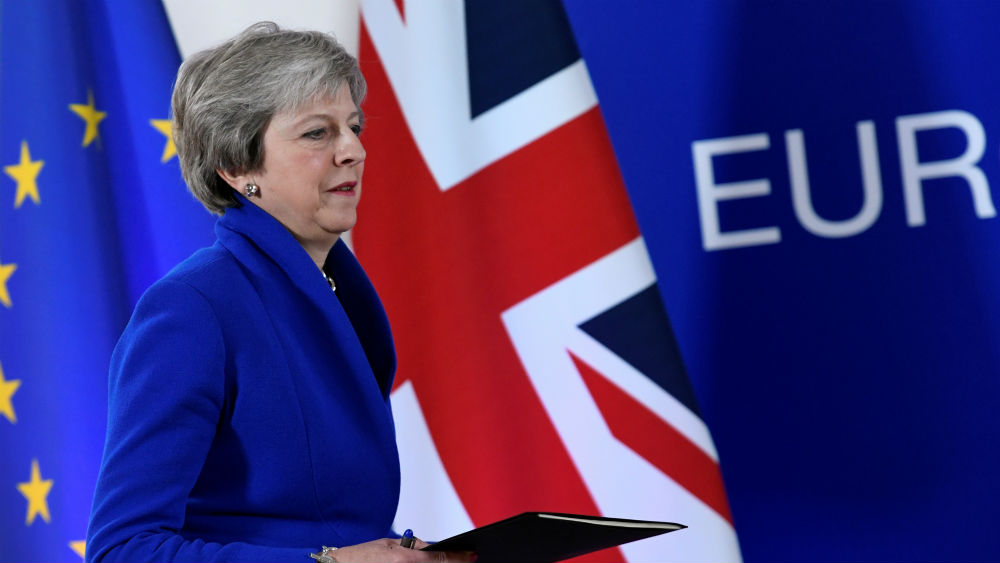 Last Friday, another government minister resigned—the seventh since the Brexit deal agreed with Brussels was published last month. More than 100 MPs from British Prime Minister Theresa May’s own party have already said they will vote against the EU Withdrawal Agreement when it’s put to Parliament next Tuesday. Labour, the official opposition, has said it will also vote against the deal, as will the Scottish Nationalists (SNP) and other smaller parties. Even those 10 MPs from Northern Ireland’s Democratic Unionist Party (DUP) who prop up May’s minority government have also vowed not to support her.

In fact, there are some who believe that Downing Street will decide that success for May in next Tuesday’s vote is so implausible that they will scrap it altogether. As one leading Brexiteer told me, somewhat cynically: “That’s what they do in the EU Council of Ministers, so why not in Westminster?”

Yet against all odds, it looks like Theresa May and her loyal team of MPs and advisers are pressing on with the vote. They apparently believe that they can turn it around. There is the usual arm-twisting going on by government “whips,” whose role it is to ensure party discipline. The prime minister herself is holding one-to-one talks with MPs who might be persuaded to support her.

It’s not an easy job, but it must have helped that lead Brexiteer, Michael Gove, who has stayed in May’s cabinet as environment secretary, has publicly warned that voting down her deal could lead to a second referendum and possibly no Brexit at all. He believes that it’s more important to get the United Kingdom out of the EU as soon as possible than to worry too much about details now. Many call this a “Blind Brexit,” but for the likes of Gove it’s simple politics. All May needs is a one vote majority on December 11 in Parliament and she’s pretty much sealed her deal.

But let’s assume that next Tuesday evening  May fails. What then? There are various scenarios that could play out and much would depend on how heavy the defeat is:

The smaller the rebellion, the more likely May is to ask that Parliament be given a chance to vote again. Some believe that this has always been Downing Street’s plan—let MPs experience the chaos their “no” vote unleashes, particularly in financial markets, and then be given the opportunity to try again.

The prime minister may decide to head straight back to Brussels to try to eke out more concessions from the EU, particularly over the deeply unpopular Northern Ireland “backstop.” It’s unclear, though, what more the EU would be prepared to give. Spain’s concerns over the future of Gibraltar post-Brexit have proven that it’s not all about what the UK wants.

Calls for a Softer Brexit: “Norway Plus”

A “no” vote could also see May come under more pressure from a cross-party coalition of MPs who are demanding a softer Brexit—the so-called Norway Plus. Essentially this would keep the UK in both the customs union and the single market, for a limited amount of time at least. But with the single market comes freedom of movement. Given that it was the issue of immigration that prompted many in the UK to vote to leave the EU in the first place, this could be deeply unpopular. As the name suggests, those in favor of “Norway Plus” want extra concessions from the EU, and there will be member states who will feel the UK has already been offered enough.

May could of course quit—either by choice or due to pressure from senior ministers. The hard-right Brexiteers within her party, who are led by the rather eccentric Jacob Rees-Mogg, could finally secure those 48 letters needed to push for a leadership contest. The question would then be: who would replace her? There would likely be outright civil war within the Tory party. And as I wrote before, the big risk is that neither side gets the leader they want.

Labour’s Motion of No Confidence

If May loses the Parliamentary vote next week, the Labour Party looks certain to force a no-confidence vote in the government. Of course, what the party really wants is a general election. But Labour would need a majority in Parliament, and there’s no guarantee that it would get one. Those Tory MPs who are either vehemently pro- or anti-Brexit are unlikely to risk a hard-left government led by Jeremy Corbyn.

May Calls a General Election

May herself could call a general election. She’s spent the last few weeks trying to win over the public, as seen during her tour of the country. But the 2017 general election didn’t go too well for her and this would be an even greater risk.

So could this be the moment when the so-called People’s Vote becomes a real possibility? One of those behind the campaign has admitted that to make this happen, the Labour Party would need to be on board. So far, however, the Labour front bench has given mixed messages. Party leader Jeremy Corbyn, himself a euroskeptic, has been unwilling so far to lend his support or even say which way he would vote if there were to be another referendum. Still, Shadow Chancellor John McDonnell said recently that a “People’s Vote” might become inevitable. The problem with a second referendum is that the UK is still divided over Brexit and there’s no guarantee that the result would be different to that of 2016.

Things are moving extremely fast over Brexit. On Tuesday night, the government lost three successive votes, including being found in contempt of Parliament–the first time in British history. This was over the government’s decision not to  publish its Brexit legal advice in full. It has now done so, opening up another can of worms over the so-called Irish backstop.

But it was the third vote that could be the most interesting. MPs backed a proposal that Parliament could help determine what happens if they reject May’s Brexit deal next week. Many see this as a way of ensuring a no-deal Brexit will be avoided. It’s being hailed as a victory for those politicians who either want a softer Brexit or none at all.

The only silver lining to all this for Theresa May is that it may convince rebellious Brexiteers that if they don’t back her deal next Tuesday, Brexit could be derailed all together. That, of course, is what many pro-Europeans are hoping for.

This article was updated on December 5 to reflect the British government losing three votes in parliament at the start of the debate.