She’s under threat from all sides. But British Prime Minister Theresa May could still survive and get her Brexit deal through Parliament, says former Westminster political correspondent, Alexandra Forrest Whiting. 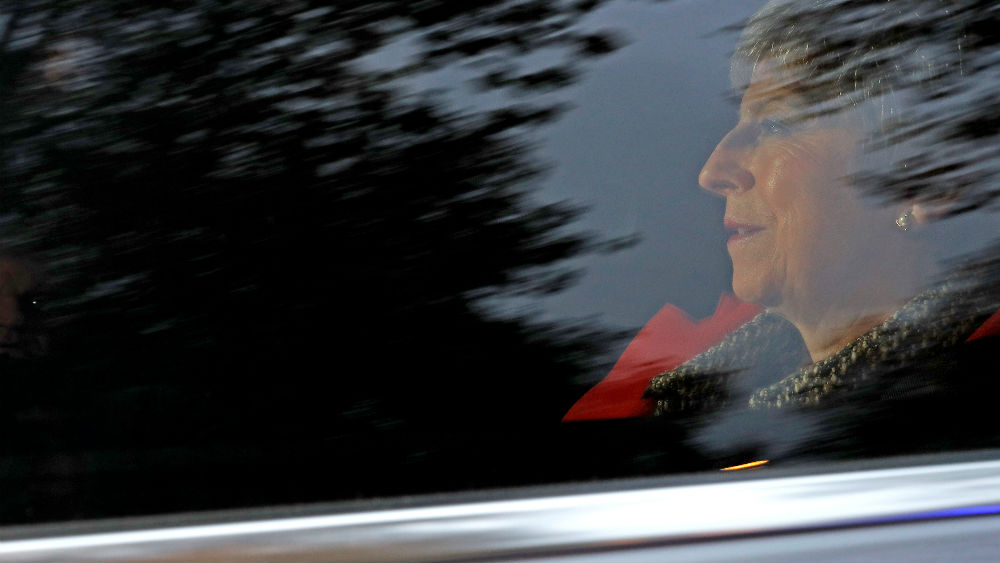 In her own statement to the British Parliament on Thursday, Prime Minister Theresa May admitted that Brexit is a “frustrating process.”  That’s some understatement. After more than two years of trying to thrash out a deal with Brussels, many now believe the draft proposal she’s secured is already dead in the water. Whether Leaver or Remainer, this plan has pleased neither side.

The decision by Dominic Raab, the minister who was supposedly in charge of the Brexit process, to quit government set the scene for a chaotic Thursday in Westminster. More resignations, including that of fellow Cabinet minister Esther McVey, followed.

But whatever you think of Theresa May, her resilience in the face of such intense opposition from left, right, and center, is remarkable. She faced down her critics in Parliament, stressing time and again that this was the best Brexit deal the United Kingdom could hope to get. Then she held a press conference in Downing Street insisting she would carry on as prime minister.

On Friday morning she took to the airwaves for a radio phone-in, taking calls from members of the public. With so little support in Parliament, is it any wonder that she is appealing directly to British citizens to get behind her and her Brexit deal? As one person who played a key role in the winning Leave campaign confided to me, May’s office in Number 10 Downing Street has been running “an excellent PR operation. This is Theresa May—strong and stable,” they said.

But the danger for May and her government is ever-present. A no-confidence vote in her premiership from the Tory right looks like it could be triggered at any moment. Lead Brexiteer Jacob Rees-Mogg, who heads the euroskeptic European Research Group (ERG) has submitted his letter calling for her to go. Other Tory backbenchers are now following suit.

If 48 Tory MPs write to Graham Brady, the chairman of the 1922 Committee, expressing their no-confidence in the prime minister, a vote must be called. Rumors are rife in Westminster that this magic number has almost been reached and that a coup is imminent.

However, because the Conservative party appears to be at war with itself, there is a strong possibility that May could win a vote. Just look at what Nicholas Soames, a veteran Tory MP who happens to be the grandson of Sir Winston Churchill, has said in a series of tweets:

Is There an Alternative?

Many Tory MPs may not be happy with May, but the alternative for some could be much worse. Arch Brexiteer and former Foreign Secretary, Boris Johnson, may still be popular in the country. But he has always struggled to get support from within Parliament. And what if someone who backed staying in the EU, such as new Work and Pensions Secretary, Amber Rudd, were to stand and win? That would infuriate the Tory right—not to mention those ten pro-Brexit MPs from Northern Ireland’s Democratic Unionist Party (DUP) who currently prop up the government. Neither side can guarantee that one of their own would win. Important to remember too that if May were to win a no-confidence vote, she couldn’t be challenged again for a year.

But if May were to lose, there would be political chaos. She would have to resign and would be barred from standing in the leadership election that followed. Parliament would be dissolved for two weeks although May would stay in Downing Street during that period.

If the Tories were unable to choose a new leader and form a government within 14 days, a general election would be called. And that is exactly what the leadership of the main opposition Labour Party is praying to see happen. But make no mistake, Labour leader Jeremy Corbyn is inherently euroskeptic. Only last week he told Germany’s DER SPIEGEL magazine that there should be no second referendum on Brexit.

Labour itself, though, is also divided. There are those MPs who want out of the European Union as soon as possible; others who support Brexit only because their constituents voted out; those who could back May because of fears of a no-deal; and a number who deeply oppose Brexit and want a second referendum. The problem for this fourth group of Labour MPs is that recent polls suggest there’s no guarantee a majority in the country would vote to stay in the EU.

So where does this leave Brexit? Of course, no-one can really say for sure—not Brussels, not London. But don’t write off this week’s draft agreement and don’t write off Theresa May. On Friday two key Brexiteers within her Cabinet—Environment Secretary Michael Gove and International Trade Secretary Liam Fox—said they were staying put. As the person who played a key role in the Leave campaign admitted to me, “Theresa May could still pull this off.”