The Syrian regime has violated practically every principle of international law. Its crimes against humanity will not go unpunished, even if it takes time, argues NIELS ANNEN, minister of state at the German Foreign Office. 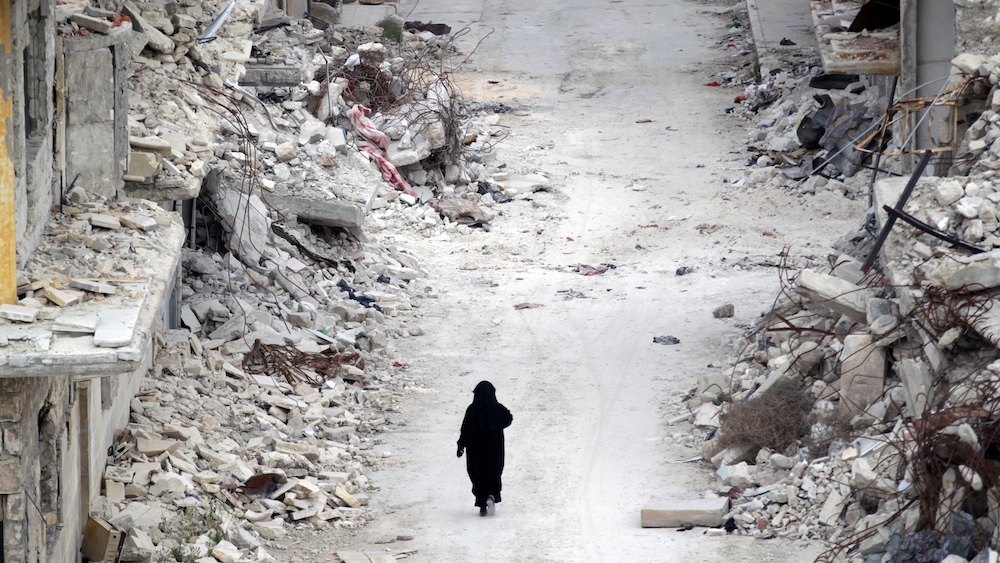 Some norms are so important for human civilization that they are established erga omnes—owed to humanity as a whole. The underlying concept of universal rights is intuitive as it gets to the heart of what makes human existence dignified. Therefore, any erosion of universal principles threatens the peaceful and rules-based coexistence of nations. The violation of international humanitarian law is one such threat.

While the principle of universality is easy to grasp, its implementation seems close to impossible. The reasons for this are manifold, but I believe that two of the main aspects are quite obvious:

First, for perpetrators to be held accountable, there need to be independent mechanisms in place. These mechanisms, however, can only be as strong and incorruptible as the international community makes them. Second, even in areas where overarching mechanisms do exist on an international level, their scope of action ends where national interests appear to be at stake.

In an ideal world, the International Criminal Court (ICC) would deal with atrocities committed in any war zone. Unfortunately, with regard to Syria, one of the most devastating conflicts of our time, a referral is unlikely to happen, given the gridlocked positions in the UN Security Council.

I have been a Member of Parliament for many years and am now fortunate to experience government work first-hand as minister of state in the German Foreign Office. This job brings with it an enormous responsibility. It feels like much-valued pillars of the multilateral system are crumbling on our watch. Whenever I ask myself whether we have to accept impunity, I believe that this is out of the question. We cannot and we must not do this.

Throughout almost a decade of conflict, the Syrian regime has literally violated every major principle of international law. Its wide-scale war crimes and crimes against humanity are undeniable. This is why the establishment of the International, Impartial, and Independent Mechanism (IIIM) for Syria and its collection and analysis of information and evidence was an important step toward accountability. The IIIM keeps alive the memory of tens of thousands of civilians tortured and millions tyrannized—by Assad’s forces and non-state actors—for the sake of upholding a brutal system, silencing opposing voices, and gaining territorial control.

In Syria, not even the most sacrosanct principles of humanitarian law have been upheld. Bashar al-Assad used chemical weapons and cluster munitions to slaughter the inhabitants of whole cities. He targeted hospitals, schools, and humanitarian convoys. And he withheld humanitarian aid for regions not under the regime’s control. But make no mistake: the perpetrators’ crimes will not be forgotten. Their sense of security and impunity are of a temporary nature only.

Granted, with the lack of national steps toward accountability in Syria and a blocked ICC, serving justice will not be an easy task. However, the principle of universal jurisdiction gives all states the opportunity—or rather the obligation—to pursue accountability, regardless of the nationality of perpetrators or victims, and irrespective of where the atrocities were committed. This is why the world’s first criminal trial of two former Syrian government intelligence officials charged with perpetrating crimes against humanity currently taking place in Germany is so important.

Most of the time, trials under universal jurisdiction are protracted and difficult and will not lead to universal justice. However, they are still worthwhile because they represent much more than individuals being held to account for their crimes. These trials are an empowering symbol of hope for all those who suffered at the hands of unjust regimes and, in the case of Syria, will begin to expose the structural elements of systematic torture and other atrocities.

With COVID-19 overshadowing international crises and conflicts, the public focus has again shifted away from hotspots such as Syria, Libya, and Yemen. While drastic steps are necessary to get this unprecedented global situation under control, we must keep our eyes firmly fixed on international conflict zones as well.

I am sure the virus will lead to cascade effects. We can already see these emerging, including new security challenges, fresh waves of violence and terrorism, and greatly increased humanitarian needs. Saving lives and easing suffering, especially through enabling the UN coordinated international humanitarian system to continue its tasks, is at the forefront of our efforts. For this system to function properly, we not only need to have sufficient resources, but also an environment that is conducive to humanitarian organizations and their workers doing their job. Humanitarian assistance requires humanitarian space.

One of the most memorable moments of my professional life was talking to representatives of the Syrian White Helmets. Seeing so many of them save countless lives while putting their own at risk was a humbling experience. Their humanitarian work has been a small glimmer of hope in otherwise dark and hopeless situations. Aleppo comes to mind, and also Idlib.

In Syria, humanitarian workers have risked their lives time and time again while the humanitarian space shrinks rapidly around them. In 2018, when a number of members of the international community, in a common effort with Israel and Jordan, were able to evacuate hundreds of White Helmets from Syria, it felt like we made a difference. Offering them asylum in several Western countries was the right thing to do, because after years of insecurity and unrest, we had to provide them with a safe haven.