Populists are having a bad COVID-19 crisis, but they are unlikely to go quietly. The key challenge for centrist politics, however, is to be able to combine competence with risk-taking radicalism. 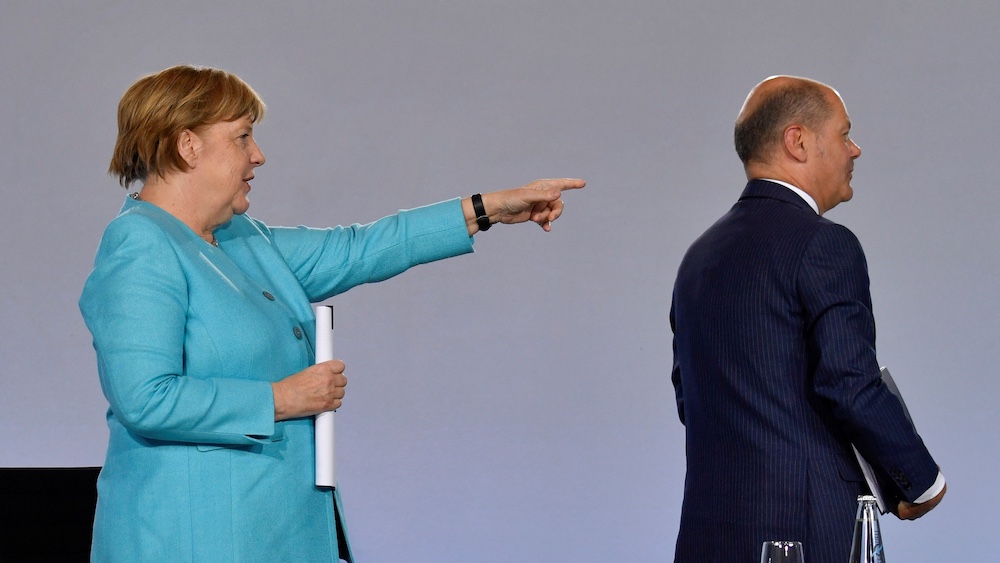 In times of emergency, in whom do we vest our trust? What does the COVID-19 pandemic say about the future of the various political systems?  Are authoritarians increasing in confidence? Are populists a spent force? Has liberal democracy, already not in great condition, been damaged yet further?

An analysis of success or failure can be divided into three components. The first is social trust—the faith the public has in the state’s ability to deliver on its promises, to play by the rules. In return, citizens will, in extremis, hand over liberties. The second is the capacity of the state. Governments that prioritized long-termism, planning, and investment in public services have been able to find reserves of strength to avoid meltdown in health and other vital areas.

The third and least appreciated ingredient is competence. Which takes me immediately to the populists. At the risk of simplifying, the only one who has dealt with COVID-19 with measure of efficiency has been Viktor Orbán in Hungary. Orbán is one of the world’s most pernicious leaders, a former dissident in Communist times turned right-wing nationalist. He has won a string of elections thanks to a mix of xenophobia and undermining of the opposition. He exploited the early stages of the pandemic to crack down yet further on the media and other democratic safeguards like the judiciary. Yet Hungary is still a member of the EU. It still notionally observes the norms that we recognize. And it has not collapsed during coronavirus.

By contrast, what do Jair Bolsonaro, Donald Trump, and Boris Johnson have in common? They are good campaigners. They may have charisma, but they do not have the skill-set to govern. They have each presided over the most chaotic responses to, and highest death tolls from, COVID-19. These leaders, with their bombast and bluster, came to power precisely because they didn’t attempt to unite their societies, to be all things to all people. Instead, they identified the fears of a significant part of the population, their base, and harnessed those fears in a culture war against the other. They are hostile to expertise, equating it to some form elitist conspiracy. They are averse to complexity and thrive on simple them-and-us narratives; they struggle with invisible enemies.

At this point, it is important to distinguish between anxiety and fear. The populists thrived on generalized anxiety over standard of living, access to services, identity. Anxiety is a diffused sense of worry about the future, about a sense of belonging, in which migrants and the “global elites” are the culprits. COVID-19 did not produce anxiety. It produced a classical state of fear. Like in a horror film, you know very well what you fear even if you can’t see it. You fear being infected, you fear ending up in hospital, you fear dying and someone close to you dying and you can’t even give them a dignified burial. You’re looking for somebody to protect you. And the populists have so far failed, lamentably. So—who should we turn to instead? Which system both protects us from the initial, visceral fear and enables us to recover?

A decade or so ago, I spent time at the politics school at the National University of Singapore. I was researching a book I was writing called Freedom For Sale. It was looking at the country’s model, the pact between citizen and state: basic freedoms given up in return for prosperity and security, and the essential difference between private freedoms and public freedoms. I have long argued that 21st century authoritarians differ from 20th century dictators. They don’t seek to control every element of everyone’s life.

China, after its slow start, used draconian measures to crack down on COVID-19.  It has since then mounted a relentless PR campaign to show how it is helping the hapless West.  America’s death toll, the highest in the world, and footage of refrigerator trucks on street corners waiting to pick up corpses, play into its hands.

China’s record has, in spite of its propaganda, hardly been a spectacular success. Its punishment of whistle-blowers is a problem that would only occur in that kind of authoritarian system where ordinary people on the ground are afraid to report bad news up to their leaders. Yet authoritarian governments do have one big advantage: once they get mobilized, they have a degree of state power that can get things done. Yet longer term, the pact with its people only works if the regime can deliver on its side of the bargain, a steadily increasing standard of living and a state that can assure citizens’ safety.

COVID-19 is now accelerating the ideological battle between Right and Left, democracy and authoritarianism, and simplicity and complexity. It is revealing and reinforcing the strengths and weaknesses of the different systems. It is giving regimes cover. At the latest count, at least 60 governments of all types have postponed elections since February. How many will take place any time soon, and under what conditions? One person’s legitimate reason to deal with an emergency is another’s power grab.

And what of democracies? South Korea, Taiwan, New Zealand, Finland, and Germany would fall into the category of poster boys, or should I say poster girls, of the democratic world’s pandemic response. Is there anything to deduce from the fact that these countries are run by women? Views vary on that single conclusion. If not, what else do they have in common?

It is worth focusing on Angela Merkel, a scientist by profession and a product of a system that prizes reliability over bombast. Written off by many as beyond her “sell-by” date, the German chancellor has risen to the occasion. She’s proved herself to be an effective communicator authentic, credible, and fact-based. She says what she knows, no matter how painful, and what she doesn’t know.

Competence is back in fashion after the cheap charisma fetish of recent years. Competence is necessary for the credibility of any government, but it is also insufficient. Empathy is important, too. The fact that Merkel grew up in Communist East Germany matters when people were being told they couldn’t leave their homes, couldn’t travel and had to have their movements tracked. Unlike others who are more complacent, she doesn’t take her freedoms for granted. Freedom isn’t just a lifestyle choice, a piece of showboating. Perhaps you value things only when you know what it’s like not to have them.

Have the populists really been put back in their box, or are they just biding their time, waiting for unemployment to surge and anger to rise? You can safely assume they are not going to disappear quietly. Trump is more likely to foment civil disorder than to quit the White House with good grace. The contentious victory of George W. Bush in 2000, thanks to the Supreme Court and the so-called “hanging chads” in Florida, demonstrated the fragility of the US electoral system. It has only worsened since, with gerrymandering of constituencies and other potential loopholes for abuse. The once cheerleader for democratic norms is now providing cover for authoritarians to use nefarious means to stay in power. The military’s refusal to be deployed by Trump in states that did not crack down on Black Lives Matter protests was a welcome and vital rebuff. But prepare for a dramatic six months ahead.

The fears produced by COVID-19, and the palpable failure of the populists to tackle it, may galvanize people to embrace steady-as-she-goes mainstream politics again and to treasure attributes they seemed to have tired of. The most intriguing question for the new era of politics is this: does competence equate to centrism? Does it have to be bland? Is it capable of exciting voters?

Did the politics of social democracy and Christian democracy, New Labour and One Nation Conservatism—denounced as hollowed out and inauthentic—disappear for good or are they returning? Or turn the question around. Can competence live with risk-taking radicalism, a politics that is pragmatic, but that is not incremental?

This is the challenge for Merkel’s successors and for all Germany’s mainstream parties. It is the same challenge as affects President Emmanuel Macron and other leaders in the EU who adhere to the post-war consensus-based political model. It is the challenge that faces the United Kingdom’s impressive new leader of the opposition, Keir Starmer, and of course Joe Biden, if he wins in the US. Leaders such as these need to find a way of introducing radical change to their respective societies, while portraying that change as both essential and non-threatening. It is easier to play safe (the old center-left, center-right model) or to divide societies (the populists). The next great democratic leader will have to be a responsible revolutionary.

Their immediate prospects, with all the economic mayhem and possible social strife to come, do not look particularly good.  But if the next generation of leaders learn the lessons, invest in the public good, basic services and democratic institutions; if they become less complacent and prioritize competence, they have a chance.

John Kampfner’s BBC documentary, The Smack of Firm Leadership, is available as a podcast https://www.bbc.co.uk/programmes/m000jvs4