Home Beyond the Seas How We Learned to Halt Pandemics

The world in 2035: There’s an outbreak of a new type of virus, but after a few months it has been contained. This is only possible because the lessons of 2020 have been learned. 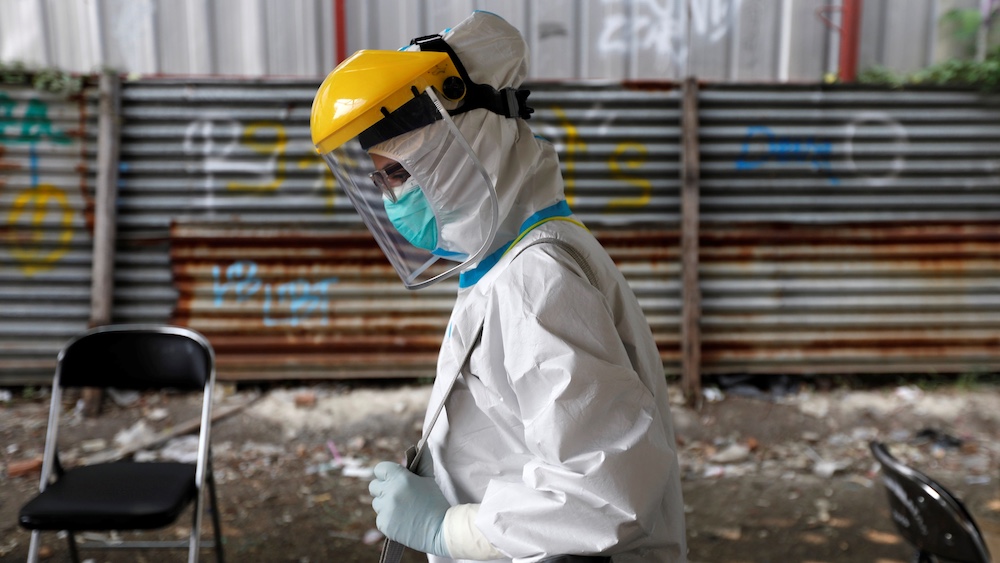 It began with a patient in Jakarta. In April 2035 the man was admitted to hospital in the Indonesian capital with flu symptoms. Within a few weeks, the novel pathogen, which the World Health Organization named Flu-35, spread first to other parts of Asia and then to Europe, Africa, and North and South America.

Led by the WHO, the international community responded quickly with countermeasures. The disease brought back memories of the COVID-19 pandemic of 2020/21. After successively controlling that virus with a vaccine from fall 2021, extensive reforms were introduced and massive investments were made in prevention, early detection, and crisis response. At the heart of the reforms was the transformation of the WHO into a more powerful and independent global public health organization.

The international community has now been able to benefit from the lessons of the COVID-19 pandemic and was thus able to rapidly contain Flu-35—without the outbreak developing into a global crisis. The fact that the end of the crisis was declared after only 10 months shows what great progress has been made since 2020 in combating pandemics.

Containment Thanks to Early Detection

So, how exactly was it contained? After a series of clusters of the novel flu epidemic occurred in Jakarta in April 2035, the local health authorities quickly reported the incidents to the WHO. Within days, it sent a team of virologists, doctors, and epidemiologists to Indonesia to work with the local authorities to gather and evaluate initial evidence of the novel influenza virus and recommend action for all WHO member states.

In the past, there had often been attempts by local authorities or national governments to cover up disease outbreaks, partly because the affected countries feared the economic damage that travel and trade restrictions would impose. However, the earlier outbreaks are detected and reported, the greater the chance of avoiding serious health crises. This is why the international community has been working hard to improve early warning systems.

On the one hand, after the COVID-19 pandemic, incentives for the rapid notification of outbreaks and improved cooperation with the WHO were created. For example, a massive fund is now available from which affected countries can quickly and easily obtain funding to combat the disease if they report outbreaks. The WHO has also increased the number of emergency teams available to help countries cope with the disease.

In addition to these incentives for the early notification of outbreaks, the international community created mechanisms to reveal cover-up attempts and demand accountability from governments. Fears of massive reputational damage drove up the cost of cover-up attempts.

In addition, existing early warning systems were significantly improved. Firstly, by stepping up the monitoring of pathogens in animals in “disease hotspots”: virologists and experts can thus learn more about which pathogens are spreading in the animal kingdom and could possibly jump to humans and trigger the next epidemic.

Secondly, after the COVID-19 crisis, considerable resources had been invested in the assessment of the epidemiological situation and risk. The WHO expanded the Epidemic Intelligence from Open Sources (EIOS) initiative and optimized the methods of collecting information on outbreaks and the risk assessment of disease incidents. Here, data from informal sources—such as social networks and media—are also evaluated and assessed. This also increases the willingness to report outbreaks quickly, as countries fear that outbreaks will be discovered and made public by other means.

An Independent and Effective WHO

An effective and strong WHO has been at the heart of the successful response to Flu-35. Its recommendations are quickly implemented by its members and not—as in previous cases—ridiculed and disregarded.

The coronavirus crisis had shown that the world needs a stronger WHO to better face pandemics. Although many experts believed that the organization had done a good job in 2020/21, its capacity as a secretariat of 194 member states, without any authority to issue directives and with an insufficient budget, was severely limited.

As was the case after the SARS epidemic in 2002/03, a reform of the International Health Regulations—the central, legally binding instrument of the WHO in outbreak control—was therefore initiated in 2022. This was completed in 2025 and significantly strengthened the WHO’s mandate. The WHO was now able to publicly demand accountability from member states for non-compliance with its recommendations and refusal to cooperate, rather than, as in the past, only standing idly by when countries ignored the organization. It could also impose sanctions, such as fines or temporary loss of voting rights in the UN institutions.

The WHO was also able to act effectively because its dramatic underfunding came to an end after the COVID-19 pandemic. It was indeed a severe blow when the largest donor, the United States, left the organization in 2020. However, a broad coalition of mid-sized powers and private donors led by the EU was able to make up for the resulting financing gap. In addition, the member states agreed to significantly increase the compulsory contributions. This made it possible to build up and expand operational forces and improve early warning and prevention. As a result, the WHO was in a position to act much more independently of the individual interests of its members or private actors.

When the WHO Director-General warned about the new influenza virus in spring 2035, governments around the world were able to make use of their national Pandemic Playbooks. Under the guidance of WHO, the Pandemic Playbook initiative was launched in 2022, with all member states evaluating and revising their national pandemic plans, some of which had become very outdated. A regular adaptation of these plans was scheduled for every three years, and pandemic management exercises were also held regularly at both a national and international level.

Pandemic Playbooks cover the health sector, civil protection and large parts of the private sector—especially the companies involved in maintaining supplies. In addition to setting up structures and measures to prevent diseases, the plans contain extensive instructions for concrete pandemic management, which are tailored to the respective conditions in the individual countries.

During the Flu-35 pandemic, countries around the world quickly began to ramp up their testing capacities, monitor airport arrivals and departures more closely, and track passengers, as envisaged in the pandemic plans. As past health crises had taught us that travel and trade restrictions were not very effective in containing the pandemic, there was an increased focus on tracing infected people and their contacts and on quarantine measures. The time advantage allowed the health sectors to increase their capacity to cope with a possible influx of infected persons.

The stockpiling of large quantities of PPE and antiviral drugs, which was regularly checked by the WHO, effectively protected hospital and medical practice staff from Flu-35 and ensured better treatment for the sick. The Playbooks also provided guidance to decision-makers in prescribing quarantine and protective measures such as closing kindergartens and schools and shutting down economic activity.

The Pandemic Playbook initiative was supported by substantial funding from the WHO, private foundations, donors, and individual member states. After COVID-19 there was a recognition that investment in prevention and pandemic management is more cost-effective than repairing the enormous damage caused by a pandemic, which led to increased investment. In particular, poorer, unstable, or war- and conflict-ridden regions, which are not in a position to prepare for disease outbreaks, are thus supported in building structures and capacities.

This is one of the reasons why Flu-35 could not develop into a serious global crisis—even regions of the world that had been virtually defenseless during previous outbreaks were able to take action.

“The international response to Flu-35 has shown that pandemics can be successfully controlled,” said the WHO Director-General in her statement at the end of the crisis in February 2036. Since 2020, enormous progress has been made in outbreak control, including the expansion of early detection, the strengthening of WHO and the improvement of national pandemic plans. Flu-35 has not plunged the world into a severe crisis with long-term and severe socio-economic consequences. The long-term goal must be to detect and control pathogens early enough to prevent major outbreaks from occurring in the first place.

But in a hyper-networked world with a growing world population, an increase in megacities and advancing environmental destruction, epidemics remain a realistic scenario that must be prepared for. Even in 2036 and beyond.