Russia’s new nuclear doctrine serves multiple purposes, including getting the United States back to the negotiating table. 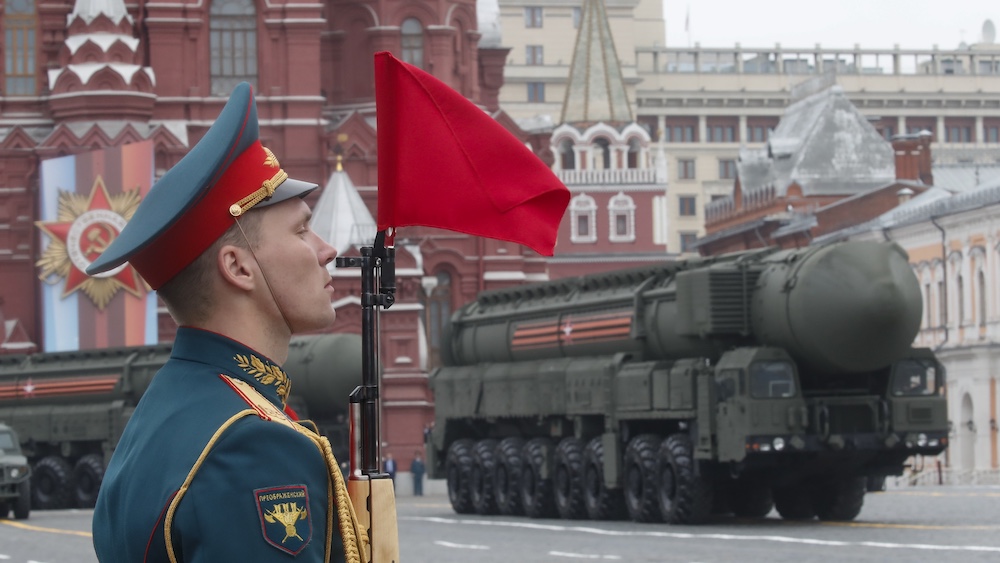 On June 2, 2020 the Presidential Administration of Russian Federation published a new decree, titled “On the principles of the state policy of the Russian Federation in the field of nuclear deterrence.” Though the text itself claims to be a planning document, it is in fact not exact enough for military planning purposes; nor is it a strategy. It does not even contain any clear references to Russia’s existing security policy documents.

Instead, the decree, five-and-a-half pages long, is a declarative text, designed for consumption mostly by the outside world. Thus, the Kremlin is sending a message about its own thinking on the use of nuclear weapons; more concretely, it serves the informational support of Russia’s nuclear deterrence policy.

The Use of Nuclear Weapons

The text outlines four main cases, in which Russia may use nuclear weapons in retaliation for various forms of attacks. In the first case, Russia would use the nuclear option if it received confirmed information about ballistic missiles having been launched against the territory of Russia and/or its allies. Though the document does not specify it, Russian experts interpret the term “confirmed” as information provided by Russia’s own early-warning systems.

A remarkable detail is that the text does not specify whether this applies to an attack with ballistic missiles carrying weapons of mass destruction (WMD) only, or with any ballistic missiles. This part is often interpreted as a manifestation of Moscow’s long-standing concerns regarding a mass non-nuclear strike launched with high-precision weapons. At present only the US would be capable of launching such an attack and China might gain similar capabilities soon; however, the Russian document does not specify any country as a source of threat.

The second eventuality is an attack by nuclear weapons on the territory of Russia and/or its allies, or by any other weapons of mass destruction. This option is not new; it can be found in the current military doctrine too, published in 2014, as well as in previous doctrines.

In the third case, Moscow would launch a nuclear strike if enemy activities were to target those elements of Russia’s military infrastructure in a way that would endanger Russia’s nuclear second-strike capabilities. Again, it is noteworthy that it remains unclear whether the attack would need to be nuclear to trigger the retaliatory strike or not. Both Russian and Western experts interpret this as the Kremlin’s intention to deter cyber-attacks against Russia’s critical military infrastructure.

The fourth case would be reached if the Russian Federation falls under a type of conventional attack that would endanger the very existence of the state. This part is not new either. Nevertheless, it is important to note that in the vicinity of Russia there is only country that has sufficient conventional forces for an attack of such a scale: China.

The document emphasizes that the Russian government considers the use of nuclear weapons only as a means of defense. However, this is not fully equal to a “no first use policy,” as Moscow reserves the right to use nuclear weapons in response to non-nuclear/WMD attacks.

The document also leaves it unclear whether nuclear deterrence applies to conventional weapons of strategic effect as well, i.e. to hypersonic weapons, high-energy lasers, space-launched conventional weapons, etc. Nor does it mention cyber threats in particular. It is also remarkable that the third case for using nuclear weapons, i.e. enemy activities against Russia’s critical state and military infrastructure, does not specify which elements of infrastructure count as “critical.”

The decree reflects a well-known characteristic of Russian military theory, namely that when it comes to the de-escalation of conventional conflicts, there is no clear line between conventional and nuclear deterrence. It is important to note, however, that using nuclear deterrence is not equal to actually launching nuclear weapons. Instead, nuclear deterrence is composed of a complex, multi-layered set of measures, such as declarations, exercises, demonstrative deployments, and a number of other steps which fall short of actually firing a nuclear missile, but may already have the desired deterring effect.

This approach has been present in Russian military thinking for decades. Moreover, simulated nuclear strikes have been part of many major strategic military exercises since the late 1990s. Nevertheless, the decree constitutes the first case of the Kremlin co-opting the concept of de-escalating conventional conflicts by employing nuclear deterrence. Of course, this very declaration itself is an integral part of Moscow’s nuclear deterrence policy.

The timing seems not to be coincidental. In approximately half a year, in February 2021, the START treaty—the last remaining strategic arms control treaty between the United States and Russia—expires. Hence, it is quite likely that the publication of the document is meant to serve the purpose of motivating the US to continue the negotiations about a new START treaty, and possibly also about the Intermediate-Range Nuclear Forces Treaty. The fact that nuclear disarmament negotiations between Washington and Moscow have re-started in Vienna on June 22 indicates that framing that meeting was also part of the idea.