The first part of Angela Merkel’s phased departure from power has worked out as planned: her favorite, Annegret Kramp-Karrenbauer (also known as AKK), was elected as leader of the Christian Democratic Union. The road to the chancellery, however, will be more difficult. 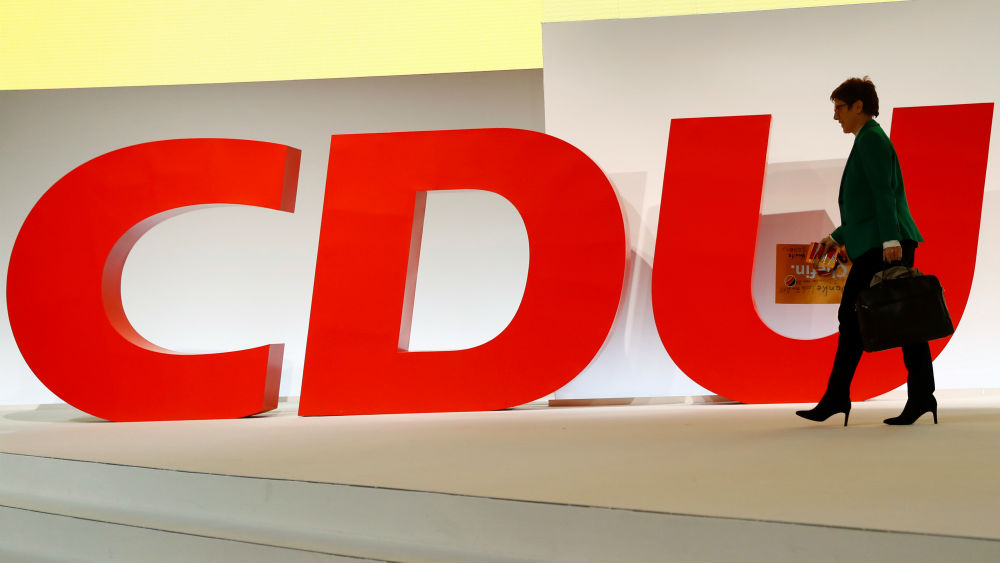 AKK, as she is known in Germany, was Merkel’s choice for the party and eventually the chancellery, too. She has all the experience, the values, and the commitment to democracy and Europe that Merkel could wish for in a successor. But from now on, as both know perfectly well, nothing could be more damaging for the new head of the Christian Democratic Union than to be seen as too close to the chancellor.

Over the coming months, the two women will need to perform an intricate dance of support and distance, continuity and change. If they succeed, Merkel may be able to leave the chancellery with as much applause as she just received for her last speech as head of the CDU at the Hamburg party conference.

Kramp-Karrenbauer, in turn, can take over a functioning coalition in time to bolster her public image for the next federal elections due 2021. The exact date that the hand-over would happen is anybody’s guess, but about a year before election day would be reasonable.

Political chaos, of course, is another very real possibility. Merkel and AKK could mess it up—the one by playing up her remaining power (though that would seem a bit out of character), the other by proving herself unable to rally the party. Both could be pushed out of their respective offices, resulting in early elections and possibly even a part of the CDU splitting off.

AKK, however, is a politician with enormous experience at the regional and even national level. At 56, she has spent nearly 20 years in government in her home state of Saarland, a region of just under a million inhabitants. As prime minister of this most western of German states, she was re-elected twice. Kramp-Karrenbauer is clear and outspoken. She also has a reputation for being not only more openly emotional and accessible than Merkel, but also more decisive.

“You always stand on your predecessor’s shoulders,” a very self-confident Kramp-Karrenbauer said after her election in a television interview. “What is good, we shall continue, and where something needs to be changed, we will change it.“

At Merkel’s initiative, AKK was elected secretary-general of the CDU in February 2018, a very useful learning period for the job she holds now. Over the past several months, she has also been able to demonstrate where her beliefs differ from Merkel’s: Kramp-Karrenbauer is far more socially conservative, opposing same-sex marriage, and favoring the reintroduction of conscription or an equivalent social service.

Back in 2015, Kramp-Karrenbauer had supported Merkel’s decision to keep Germany’s borders open to refugees. She hasn’t gone back on that, but she now dwells much more on the need to re-establish law and order in Germany. This is a theme that plays well within a party that is still divided over the refugee issue and desperate to regain ground from the far-right Alternative für Deutschland (AfD).

The refugee issue is a good example to show how ambivalent relations between Merkel and AKK are bound to become. Kramp-Karrenbauer needs to infuse the CDU with new ideas and new confidence but she cannot afford to disown Merkel or her policies in government. There, the scope for change is particularly small as the CDU is bound to a very detailed coalition agreement. Its partners in government, the volatile Bavarian CSU and the desperately weak Social Democrats, are unlikely to want to do AKK any favors.

It used to be that the CDU was quite happy supporting its chancellor in power. That was its role from the very beginning under Konrad Adenauer in 1949, and it made the CDU quite a different organization from the Greens or the Social Democrats that have a more ideological outlook.

But after 18 years of Merkel as head of the party—and with her in the chancellery for the last 13 years, which reduced the party’s role even more—Germany’s Christian Democrats are desperate for change. Over the past six weeks, with lively debates between the main contenders for the party’s leadership, the CDU has discovered a new taste for inner-party democracy.

Hurdles on the Horizon

What’s worse is the enormous time pressure that the new party leadership is facing. Next year brings a series of important elections, from the European Parliament in May to regional elections in Bremen (also in May), to regional elections in the East German states of Saxony, Thuringia, and Brandenburg in the fall. In East Germany, the CDU will struggle not to be outdone by the AfD. If it fails, Merkel—and with her Kramp-Karrenbauer—are sure to be handed part of the blame.

It doesn’t help either that Kramp-Karrenbauer only won the election to the party chairmanship so very narrowly. In the second round, 517 party delegates voted for her, while 482 supported Friedrich Merz, a former opposition leader and long-time Merkel rival who is revered by many in the party for his free market convictions and gifted rhetoric.

Merz’s supporters were bitterly disappointed by the result. Some started spreading rumors that Merz had been treated unfairly by the pro-Merkel, pro-AKK camp that had organized the party congress in Hamburg. One poisonous story said that his microphone had been toned down for his final presentation to the delegates to make him appear weak.

AKK tried to build bridges by nominating Paul Ziemiak, the conservative leader of the CDU’s youth organization and a Merz supporter, as the party’s new secretary general. Still, many delegates remain skeptical. Even though he was running as the only candidate, Ziemiak received just 63 percent of the vote.

Despite such little blemishes, and despite the dangers ahead, both AKK and Merkel won an important battle in Hamburg. The prizes for the two of them are power and a good place in history. But the picture is bigger than that. On December 7, Germany’s biggest political party reaffirmed its commitment to being open, democratic, and pro-European.