Rather than making overtures to the Kremlin, German foreign minister Heiko Maas pushes for more cooperation with Central Europe. This is a good idea. 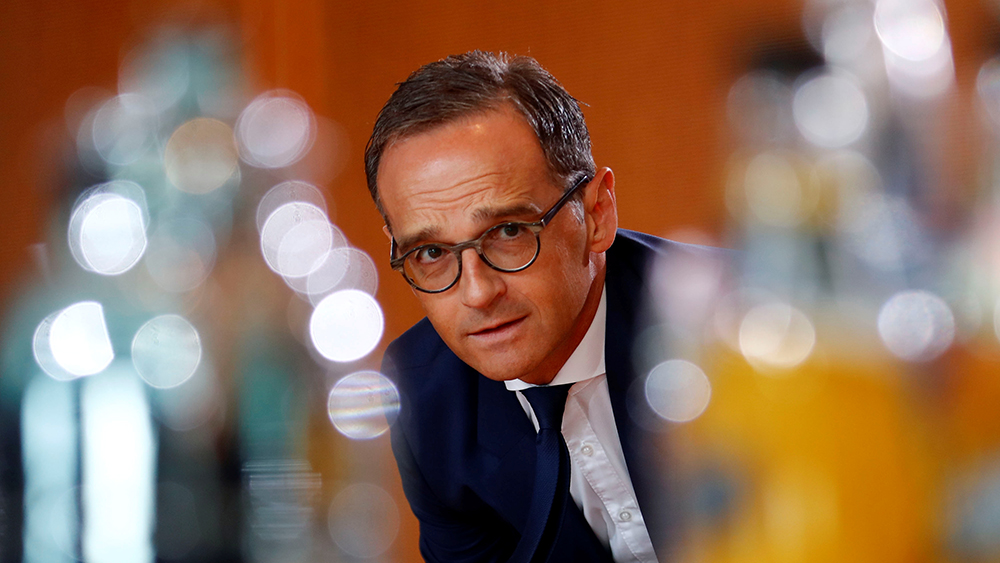 Over the past two decades or so, German foreign policy has been driven into two directions: some leading actors were looking West toward America, while others were rather looking East, toward Russia.

The red-green government of 1998 to 2005 provides a good example. In his second term, Chancellor Gerhard Schröder of the Social Democrats (SPD) concentrated on his relationship with Russian president Vladimir Putin, in an attempt to counterbalance George W. Bush’s America, together with French President Jacques Chirac.

But while Schröder was exploiting his rejection of the Iraq war for electoral gains, his foreign minister, Joschka Fischer of the Greens, who was equally opposed to the Iraq war, continued to articulate fundamentally positive views of America (in a reversal of the anti-American views he had propagated as a left-wing protest leader in his youth).

Chancellor Angela Merkel, who took over from Schröder, is clearly a „Westerner.“ Having grown up in East Germany under Soviet domination, Merkel sees the US-led West as a political and cultural counter-model to what she experienced in her early years.

Her foreign ministers, however, have tended to focus rather on Russia. Frank-Walter Steinmeier, Schröder’s former chief of staff, in his two terms (2005 to 2009 and 2013 to 2017) first tried to bring Russia closer to the West under the catchword “modernization partnership” and then, even as major tensions erupted over Ukraine, tirelessly kept arguing for cooperation and coordination with Moscow.

Guido Westerwelle, foreign minister from 2009 to 2013, was equally soft on Moscow, calling for “more respect.” Sigmar Gabriel, who succeeded Steinmeier in 2017, was an outspoken skeptic of the Russia sanctions over Ukraine and a driving force behind the project of a second gas pipeline between Russia and Germany, Nord Stream 2.

Schröder, Steinmeier, and Gabriel all belong to the SPD, which considers Ostpolitik as established by Willy Brandt in the 1970s its foreign policy trademark. Indeed, Ostpolitik still plays an important role in the Germany public discourse, especially in SPD circles. But while Ostpolitik during the Cold War was aimed at bringing political change in the east, and was oriented toward Central Europe no less than toward Russia, today the term has often become a shorthand for good relations with the Kremlin.

Against this backdrop, current foreign minister Heiko Maas—also a Social Democrat—has performed a surprising change of course. Maas himself is, broadly speaking, a “Westerner” like Merkel. He has a strong commitment to liberal, western values and puts special emphasis on international rules and institutions. His „West,“ however, seems sometimes to be more defined by France than by America (Maas comes from the Saar, a region neighboring France).

Shortly after becoming foreign minister in March this year, Maas made it clear that he wouldn’t follow in the footsteps of Steinmeier and Gabriel with regard to Russia. He refused to use the established rhetoric about the need “to build bridges” with Moscow and to “keep channels open,” which was so often paired with criticism of the West’s supposed “saber-rattling” vis-à-vis Russia.

Instead, Maas has set a new tone, noting that “if Russia defines itself more and more in distinction, even in antagonism to the West,” then this changes “the reality of our foreign policy.”

And more recently, Maas has started talking about the need for a “new Ostpolitik,” one that is more focused on Central Europe.

A key point of his new approach is that EU member states must better coordinate their policies toward Moscow: “We need an understanding between all EU members about the foundations of joint action” toward Russia, Maas said. A new Ostpolitik “must take into account the needs of all Europeans—those of the Baltic states and Poland as well as those of the western [European] countries.“

In order to achieve this unity, Germany should act as a bridge-builder, counterbalancing the recent drift between the EU’s East and West triggered by the refugee crisis. Rather than simply criticizing Eastern neighbors for their attitudes, “[Germans] must learn to see Europe more through the eyes of other Europeans,” Maas said. “We Germans in particular should stop taking the moral high ground on migration, especially vis-à-vis our partners from Central and Eastern Europe. Mutual finger wagging and moral arrogance will only deepen divisions.”

A first concrete step in that direction was Maas’ participation in the third summit of the Three Seas Initiative in Bucharest in September 2018, where he also made clear that Germany would like to join this group. The initiative, launched by Poland and Croatia, aims at improving regional cooperation on infrastructure and energy from the Baltic to the Mediterranean via the Black Sea.

In a speech in Bucharest in August, Maas laid out the strategic context of his vision. First, there is the goal, central for Maas, of “a sovereign and strong Europe” at a time when the Franco-German motor is no more “able to drive Europe forward alone.“

Second, there’s the challenge from China. “Europe must also guard itself against divisions from outside. China has clear ambitions with respect to power politics, particularly in Central and Eastern Europe”, Maas said. Therefore, “we need a common European policy in our dealings with China. Only then will China perceive us as a partner on an equal footing.”

Third, there is pressure from Russia. “The same goes for Russia. As Europeans, we must defend the principles of the European peace and security order.” Only “a culture of common, coordinated action in our approach to our eastern neighborhood” can produce good relations with Russia.

This is a new sound coming out of Berlin. Maas is putting to rest a Russia policy that has failed to achieve the desired results. Instead of becoming more liberal, democratic, and peaceful, Russia has turned more autocratic and aggressive toward its neighbors and the West.

At the same time, Maas is signaling that Germany understands the strategic importance of Central and Eastern Europe at a time of renewed great power-competition. This a region where Germany must be deeply engaged on its own, not just through the EU mechanism.

The biggest challenge for Maas will be to turn his ideas and initiatives into political reality. The foreign minister will need substantial support from the chancellery in order to convince Central European partners that the German push is genuine, especially because German credibility has been massively undermined by Berlin’s continued support for the Nord Stream 2 project.

And Germany must find a middle way, balancing a value-based approach toward Hungary and Poland (with regard to their attitudes to liberal democracy) and the need to keep Europe together in a competitive, multipolar geopolitical environment.

Working with Germany’s eastern neighbors on infrastructure and energy through the Three Seas initiative, as Maas has proposed, looks like a good first step.