Heiko Maas is a newcomer to foreign policy, and while he is eloquent, polite, and well-dressed enough to satisfy any diplomat, he is also very outspoken. With his Saarland background he will likely bring a much-needed Franco-German and pro-European instinct to the table. 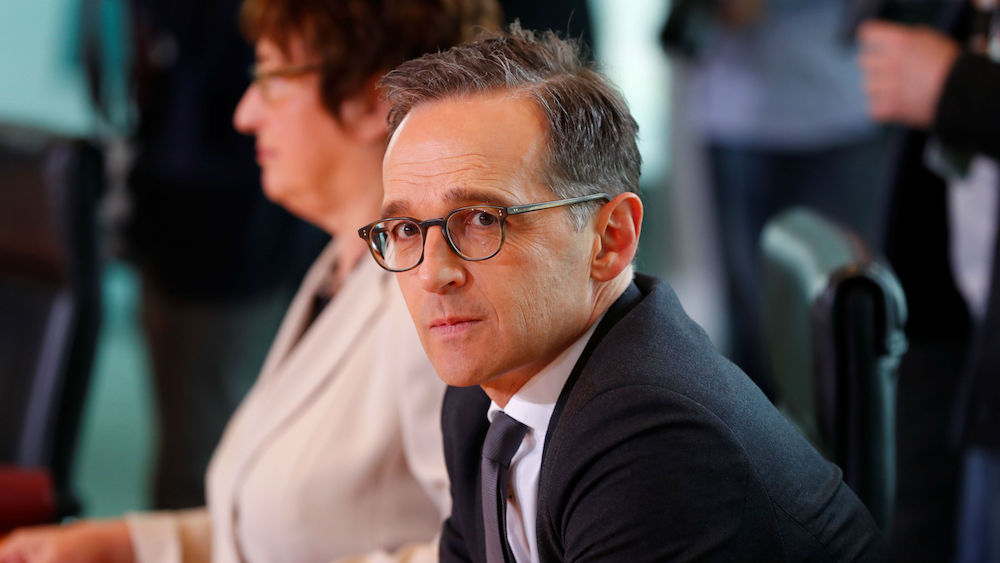 Heiko Maas, Germany’s new foreign minister, grew up in the Saarland, a coal-and-steel region in the very west of West Germany. This small state is steeped in Franco-German history: Maas’ own home town of Saarlouis was built as a fortress by Louis XIV; during Hitler’s rule the name was changed to Saarlautern to make it sound more German. After 1945, the French turned Saarland into their protectorate, until a bitterly-contested referendum in 1955 returned it to Germany.

“My grandmother lived in the same house, in the same street, in the same city for 80 years—but because of the political back and forth, she had five different passports in her life,” Maas wrote in an opinion piece for the weekly newspaper DIE ZEIT last year. “But she lived long enough to see that the question of Germany or France has now lost its significance for us Saarlanders, because Europe became the answer to it.”

Maas, 51 and a Social Democrat since 1989, is a newcomer to foreign policy—in other words, an unknown quantity on the international stage. Yet his background as a Saarlander is certain to influence the choices he will make. He is clearly pro-European and in favor of renewing the Franco-German alliance, just as he is clearly not naïve about the challenges it faces.

A lawyer by training, Maas is controlled, reflective, and polite, with a mocking sense of humor. In Berlin, he is admired as a natty dresser, wearing closely cut suits and ties in sober colors. As a former triathlete, he knows how to pace himself. “The goal,” he once said, “comes only after the third discipline.”

Maas sets a striking contrast to Sigmar Gabriel, his brilliant but impulsive predecessor. It is all the more remarkable that Gabriel—who is bitter about having to leave the foreign ministry—immediately endorsed Maas. “He will be excellent,” he said.

Of course, it was also Gabriel who brought Maas to Berlin in the first place. Back in 2013, when Gabriel was SPD leader, he nominated the Saarlander for the justice ministry. Until then, Maas had essentially spent his life in Saarland. He served as minister in several state governments, but could never win the top post, though he ran three times for the state premiership. Maas’ reputation was on the wane, and his appointment to the ministry in Berlin came as a surprise.

Yet in contrast to most of his colleagues from the German provinces, Maas quickly caught onto the way politics works in Berlin. One of his closest advisers had been working for the SPD group in the Bundestag before and already knew everybody. Maas has also played social media skillfully and actively (perhaps too much so, some of his detractors say), and managed to build a good working relationship with Interior Minister Thomas de Maiziere—no small thing given the fierce hostility that is traditional between justice and home affairs.

As justice minister, Maas was immensely productive, with a keen sense of issues that play well in his party and the wider public. His ministry presented new laws on issues ranging from rehabilitating people convicted under outdated laws banning homosexuality to a quota for women in supervisory boards, from protecting small-time investors to stricter anti-doping laws. Not everything turned out perfectly: A new law restricting rent increases turned out to be ineffective, and Maas also drew a lot of fire for his law against hate speech on the internet.

Scourge of the Far Right

A frequent talks show panelist, Maas speaks out on every occasion against xenophobic and anti-Islam movements, like Pegida in Dresden or indeed the Alternative für Deutschland (AfD). In return, he has received massive amounts of hate mail. After finding a nine-millimeter bullet in the letterbox of his private apartment, Maas was put under additional police protection. If anything, though, that made him more determined to confront the far-right.

Nor has Maas pulled his punches on international issues. “Nobody fosters anti-Americanism as much as the American president,“ Maas said in August 2017. Donald Trump was acting in a catastrophic fashion such as Maas could never have imagined with any previous US president. In his opinion piece for DIE ZEIT, Maas called for a harder line against Turkey and Russia as well. “It is precisely because there are aggressive and authoritarian powers at the gate of Europe that the continent needs to show unified strength,” he wrote.

Presumably, Maas’ tone will become a bit more diplomatic when he is sworn in as foreign minister, but he will likely not soften much on substance. Particularly on Russia, he might be tougher than his two predecessors— Frank-Walter Steinmeier and Gabriel—who are both close to former SPD chancellor Gerhard Schröder, a personal friend and ally of President Vladimir Putin.

Of course, much of Germany’s foreign policy is set by the chancellery, and Angela Merkel is unlikely to give this newcomer much leeway in her fourth term in office. Yet it is also clear that Germany alone will have less and less pull in the world, be it in relation with the US, China, or Russia, or in stabilizing Africa and the European neighborhood. With his Saarland background, Maas brings a much-needed Franco-German and pro-European instinct to the table.