The Netherlands fears losing Berlin as its traditional European partner turns its attention once again to the German-Franco axis. And the new Grand Coalition’s EU-strategy gives the Dutch every reason to worry. 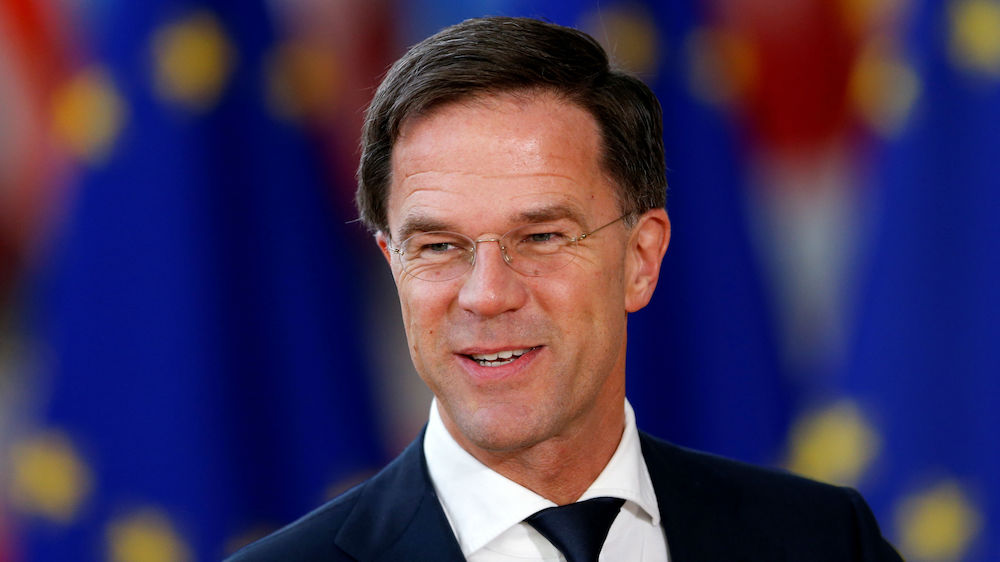 “When I hear the word ‘vision’ I immediately think: go visit an eye specialist!” The second-longest-serving head of government in the European Union, highly pragmatic Dutch Prime Minister Mark Rutte, is awkwardly proud of his antipathy for political idealism. So when Rutte held a speech at the Bertelsmann Stiftung in Berlin Friday before last about his ”vision” for Europe, you knew something was wrong.

The timing and location of his EU speech were certainly no coincidence. Two days before the SPD announced the results of their internal referendum on joining a new Grand Coalition with the CDU/CSU, Rutte clearly wanted to send a message to his closest European partner, and in particular to the already dissatisfied conservatives within Merkel’s party. The Hague is worried about losing Germany as a partner in the struggle for a small, more efficient, and more intergovernmental Europe. According to Rutte, ”The EU is not an unstoppable train”; he even disparaged the term “ever-closer Union” in his speech as ”horrible language.”

The Dutch have every reason to be worried. The Grand Coalition agreement is extremely vague about Germany’s European policy goals, and at the same time full of integrative rhetoric. One of the few things the agreement is clear about is Germany’s willingness to contribute more to the EU-budget now that Brexit will leave a gap of an estimated €10 billion per year. That puts the Dutch, as the largest net contributor per capita, under pressure to pay more into the European budget as well. Without significant structural reforms, however—for instance in agricultural policy and its structural funds—public and political support for a higher remittance to the EU is extremely low in the Netherlands.

Fuzzy European policy goals are nothing new in Germany. For the heartland of the European Union, it is probably even a wise course, considering Merkel has been successfully leading Europe from behind for more than a decade now. But with the arrival of ambitious French President Emmanuel Macron, Europe now has a leader at the front as well. With his plans for a eurozone budget, a eurozone finance minister, an EU-asylum minister, and European unemployment insurance, Macron is grabbing the momentum to supernationalize and integrate the European Union in a way Germany, and former CDU Finance Minister Wolfgang Schäuble in particular, has opposed for years. And so far, Merkel hasn’t really hit the brakes, in part because she realizes that her coalition partner, the SPD, supports Macron’s plans.

The revival of the German-Franco axis puts the Netherlands in a tight spot. For several years now, Dutch EU policy has been completely aligned with German EU policy. It’s been a risky but very successful strategy: with Merkel’s help, the Dutch got the vice presidency of the European commission (Frans Timmermans) and the chairmanship of the eurogroup (Jeroen Dijsselbloem), though that has meant wading into some tricky problems, for instance Greece during its budget crisis, the monetary policy of the European Central Bank, and the Visegrad countries’ refusal to take in refugees. Now that Germany is focusing again on France, it looks like the Netherlands is losing a second important European partner after the United Kingdom that shared similar views on the future of the European Union.

Shortly after the SPD referendum, Dutch Finance Minister Wopke Hoekstra announced a new alliance between The Hague and seven “Nordic” countries: Denmark, Sweden, Ireland , Estonia, Latvia, Lithuania, and Finland. In a paper they published together, they resisted the idea of any “far-reaching transfers of competence to the European level.” In order to regain public trust in the European Union, “decision making should remain firmly in the hands of member states.” So far Berlin hasn’t responded to this act of resistance from the ”small eight,” but the already dissatisfied conservatives within Merkel’s party will certainly have taken notice.

As a mediator between Germany, France, and the UK, the Dutch were allowed to play with the “big boys” for decades. It gave The Hague a role in which the country could punch above its weight and help shape the EU. But over the past year and a half the Dutch position in Europe has significantly changed. First Brexit and now the revival of the German-Franco axis have forced the government to rethink its EU-strategy. The Netherlands used to be the “smallest of the largest” member states; now it seems that it has become the “largest of the smallest.” And that is a vision Mark Rutte certainly never had.