There’s a reason Berlin is so reticent about responding to the French president’s European reform proposals. German policy-makers fear they would lead to a break-up of the EU. 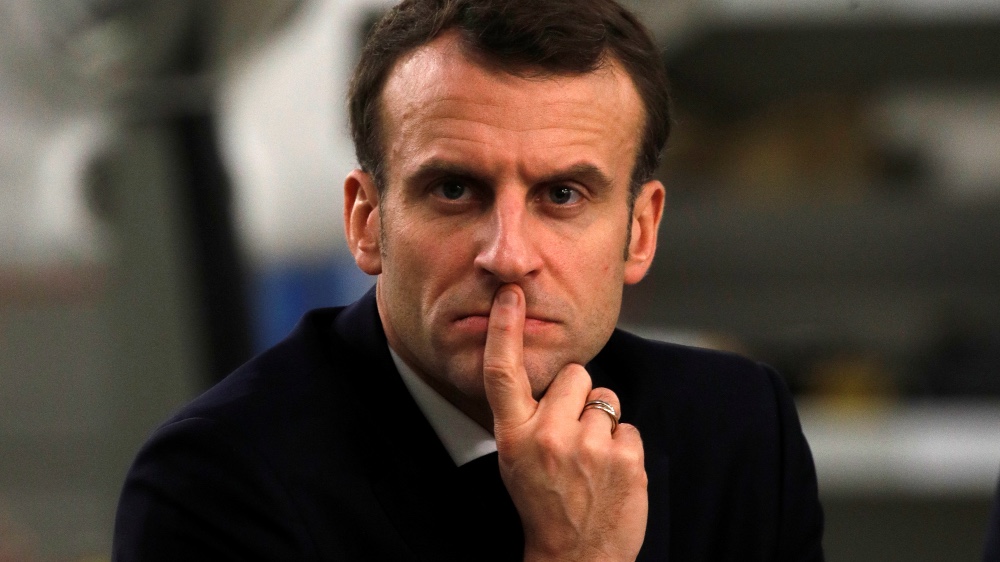 With the end of her political career in view, Angela Merkel has changed. She appears much more relaxed, speaks without notes, and occasionally—for instance at the Munich Security Conference in February—even manages to inspire emotions in an audience.

But for all her new-found openness, there is one person who is still waiting for a true answer from the German chancellor. That’s Emmanuel Macron, the French president, who relaunched his grand appeal for a renewal of the European Union in an open letter published in 28 newspapers across Europe on March 5.

Instead, it was Merkel’s successor at the helm of the Christian Democratic Union, Annegret Kramp-Karrenbauer, who wrote a response to Macron. On March 10, she contributed a lengthy opinion piece to the Die Welt am Sonntag newspaper explaining her views on Europe. It was not, to say the least, a very inspired piece. But it underlines her ambition to succeed Merkel as chancellor.

“The world is in flux, and Europe is faced with a choice,” Kramp-Karrenbauer wrote. “My own is clear: we have to get Europe right. We need strategic strength for our industry, technology and innovations, a feeling of security for our European citizens, and common foreign and security capabilities to bring our interests to bear.”

In her piece, Kramp-Karrenbauer, nicknamed AKK, proposes a single market for banks, an EU innovation budget and university chairs to educate teachers of Islam in a spirit of tolerance. She wants more Europe on defense and migration policies but puts an emphasis on subsidiarity almost everywhere else. She also reaffirms Germany’s traditional red lines: no common European debt, no European social security system, no European minimum wage.

None of this is necessarily wrong and yet the Kramp-Karrenbauer article leaves a stale taste. The new head of the CDU is clearly intent on reassuring her domestic audience that she will be no pushover on European affairs. That’s underlined by two proposals that go directly against France’s positions: abolishing the European Parliament’s seat in Strasbourg and establishing a European Union seat in the UN Security Council (instead of the French, bien entendu). As a result, AKK gives as little of a positive answer to Macron as Merkel has done.

Yes, there have been some discussions and even agreements between France and Germany over the past year. That holds true for defense policy in particular where the EU, coming from a very low base, has made some progress. After long hesitations, Germany also agreed to a separate eurozone budget, even if it’s one that will be a lot smaller than Macron hoped for.

But neither Merkel nor Kramp-Karrenbauer have ever given Germany’s perspective on the big picture: They have never described the Europe they would wish to see; nor have they explained how the EU might be able to get there; nor have they said what Germany should contribute.

This is baffling given that German voters are still overwhelmingly pro-European. According to a Eurobarometer poll published in the fall of 2018, an impressive 81 percent of Germans believe that EU membership is a good thing for Germany.

It’s extremely disappointing, too, for Macron who may have hoped that AKK, a native of Saarland, Germany’s most western and most Francophone state, would be more open to his ideas than Merkel. No wonder, then, that the reaction in Paris to Kramp-Karrenbauer’s piece was cool. A head of state, French officials grumbled, does not respond to a mere party chief. One wonders, however, whether Macron would have stuck to that rule, had he liked AKK’s answer better.

Macron is not only passionate about Europe, he is persistent, too. And while his pathos may sometimes appear exaggerated, few people will deny his sincerity. And, just as importantly, pro-Europeans do know what is at stake: if Macron fails, there is a strong possibility of right-wing populist leader Marine Le Pen and her reformed Front National—now called Rassemblement National—gaining power in France.

So why does the German government so consistently fail to give a comprehensive answer about the future of Europe? Some of it has to do with personality: Merkel is not a visionary, and AKK appears to follow that pattern. In her speeches as party chief, she has put the emphasis on delivering on concrete issues. Both also want to avoid reopening divisions within the conservative bloc which, particularly in Bavaria, has a fair share of euroskeptics.

But the main reason is different. Merkel—and by extension, AKK—is deeply afraid that Macron’s proposals, if backed by Germany, would lead to the gradual disintegration of the European Union. Not so much along the North-South divide, though fiscally conservative EU countries in the North founded their own grouping, the New Hanseatic League, last year to oppose Macron’s budget, tax and social policies.

The most dangerous split runs between East and West: between EU countries like Poland or Hungary with their authoritarian and anti-European governments, and countries like France that can well envisage a much smaller European Union. Germany, the EU’s largest country at the center of the continent, is desperate to hold both sides together, a desire made even more urgent by Brexit. This means an absolute “No” to any major reforms that would require EU treaty changes and ratification in all member states.

“In today’s societal and political situation, it is impossible to get treaty changes ratified in all 27 member states. That is why all the possibilities offered by the current treaty, including flexible solutions such as PESCO and all majority voting rights, should be used,” a leading CDU politician, the MEP Elmar Brok, told the Berlin Policy Journal. “The alternative is to carry on with a smaller union. Macron can envisage that. But for us Germans, that’s impossible. We cannot turn Poland into a second-class country. That’s fundamentally against our political, economic, and historic interests.”

Merkel and AKK most likely think the same but they wouldn’t want to say it that bluntly.  Berlin does not want to bow to governments in Poland or Hungary that are undermining European values. That would not be acceptable to France. Nor would it play well with a German public that is angry over eastern European countries which receive substantial subsidies from Brussels while rejecting common EU policies on asylum and migration.

Times may change, they hope in Berlin, and future governments in eastern Europe could be easier to work with. In the meantime, silence appears the best strategy.