Europe’s center-right will vote next week on whether to expel Hungary’s Viktor Orbán and his Fidesz party from the European People’s Party. The result could lead to a political realignment that changes the shape of European politics. 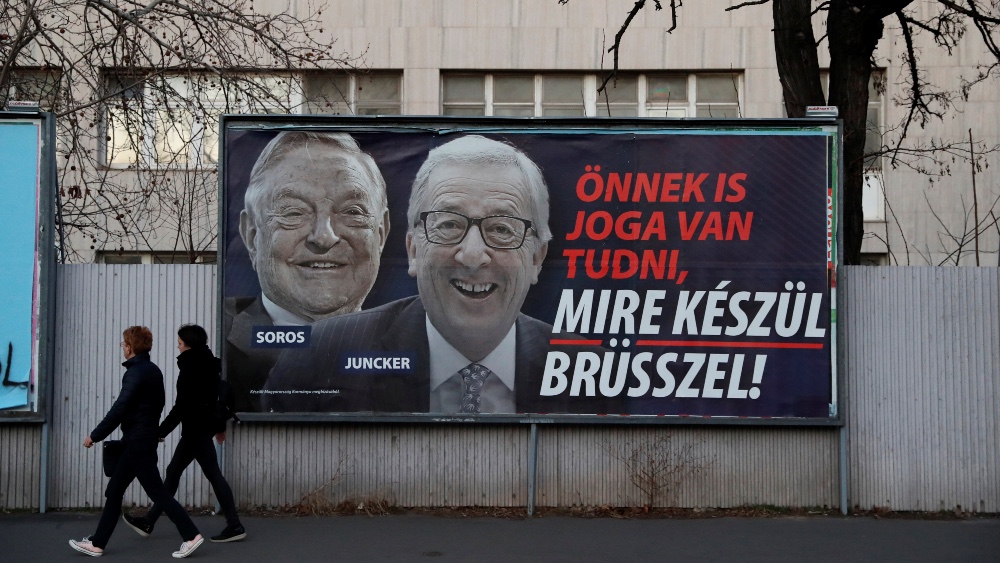 When center-right EU presidential nominee Manfred Weber came to Budapest on Tuesday to meet with Hungarian Prime Minister Viktor Orbán, it wasn’t for a friendly chat.

Both men are members of the European People’s Party (EPP), a collection of mainstream conservative parties from across Europe. But in recent years and months, Orbán has been acting as an enfant terrible within the family. He has given speeches attacking the EPP for being too moderate, championing what he has called “illiberal democracy” and warning that Angela Merkel’s refugee policy will lead to the end of Christian Europe.

Orbán has forged increasingly close bonds with Poland’s ruling Law and Justice (PiS) party and Italy’s Lega, the former strongly conservative-nationalist and the latter on the far-right; both are not part of the EPP. There has been speculation for some while that he would leave the EPP to form a new far-right group with them.

Fearful of sparking a grand political realignment of Europe’s right, which has dominated European politics for over a decade, the EPP has kept relatively quiet. Until now.

Last month Orbán launched an ad campaign in Hungary attacking European Commission President Jean-Claude Juncker, who is also a member of the EPP. The posters, ahead of the campaign for the European election taking place in May, seemed to be running against the EPP rather than with it. This was the straw that broke the camel’s back.

Juncker launched a furious rebuttal to Orbán in response to the ads, and now a dozen parties within the EPP have tabled a motion to expel Orbán’s Fidesz party at their congress on March 20. The Hungarian prime minister seems to be willing to row back just enough to defeat the vote—but is it too little, too late?

Weber to the Rescue

Up till now, Manfred Weber has been trying to act as the peacemaker between the warring factions of the EPP. He has been close with Orbán in the past and some have even called him the “Orbán whisperer” for his efforts to translate the nationalistic rhetoric of the Hungarian leader into softer-sounding words for his EPP colleagues.

But the anti-Juncker campaign spurred Weber to drop his defense. He called it “unacceptable,” and said “one cannot belong to the EPP and campaign against the current EPP commission president.”

He travelled to Budapest hoping to extract concessions from Orbán that will avoid a vote to expel him next week. But the result was unconvincing.

“Today in my talks with Prime Minister Viktor Orbán we had a constructive atmosphere, but problems are not yet solved,” Weber told reporters at a press conference following the meeting. “We have to still assess and discuss among the EPP party members, about the upcoming decisions.”

Weber said that Orbán had promised him his anti-Juncker poster campaign would end. Indeed, the billboards between the airport and the parliament—the route Weber took to get to the meeting—had already been covered up. But posters elsewhere in the city are still up, as are the online ads on Hungarian websites.

Weber said this isn’t just about the posters, it is about broader issues. “What we want to guarantee is that Fidesz is committed to the EPP values, and Hungary is a clear pro-European country which sticks to the European values,” he said.

To underline just how much Orbán seems to be threatening those values, Weber held his press conference in a historic synagogue in Budapest. The Hungarian prime minister and his Fidesz party have been accused of demonizing Hungary’s Jewish community, most notably the Hungarian-born US financier George Soros who has been depicted alongside Juncker in the ads.

The EPP holds the most seats in the European Council and European Parliament, making it the most powerful political family in the EU by far. The long decline of the center-left Socialists and Democrats group has left the EPP as the undisputed leader in the era of Angela Merkel.

Given that it’s so large, one might ask what would be the big deal in losing Fidesz’s 12 MEPs? The fear is that more EPP parties would follow Orbán out the door into his new group, which could then pose a real threat. In other words, better to have Orbán in the tent pissing out, than outside pissing in.

Orbán has well understood the EPP’s fears, and it has given him a feeling of invincibility. But this week, the resolution to expel Fidesz seems to have spooked him. Orbán’s chief of staff told Reuters last week that the party would ditch the billboards and is ready to apologize if any offence was caused. And though members of his party have been calling for Fidesz to leave the EPP and unite with the Poles and Italians, Orbán has been publicly urging restraint.

However these minor peace offerings might not be enough to save him. The math for next week’s EPP vote is not looking good. At least twelve of the EPP’s 56 parties plan to vote to expel, a list that reportedly includes Greece’s New Democracy, Finland’s Kokoomus, Belgium’s CdH and CD&V, and Sweden’s Christian Democrats.

Whether or not Orbán’s party is expelled will depend on what the big center-right parties decide to do, namely Germany’s CDU/CSU, France’s Les Républicains, Spain’s People’s Party, and Italy’s Forza Italia.

It may be that Orbán’s fate lies in the hands of his long-time enemy Angela Merkel. But the German Chancellor is known as being a cautious and shrewd politician, and she will not tell her delegates to vote to expel Orbán simply because of her personal dislike for him. With the rise of the far-right Alternative für Deutschland (AfD) putting pressure on her own party, she will be wary of doing anything that will bolster the far-right ahead of the European Parliament election, or during the crucial group formation period between May and July.

Out by the End of the Year?

For this reason, the most likely outcome of next week’s vote will be to allow Fidesz to remain in the EPP. There is a widespread belief that Orbán is actually trying to get the EPP to expel him, to feed a persecution narrative common among Europe’s far-right. If he can claim that Europe’s elites are trying to silence him, it could only make him grow stronger.

And so for the moment, the EPP is likely to prefer to have Orbán inside the tent rather than outside it. But given recent events, it seems unlikely his party will remain in the group by the end of the year. The EPP may just wait until after the new European Parliament has been formed and the political groupings within it have been decided.

In the meantime, however, this procrastination will benefit Europe’s center-left, Liberals, and Greens during the European election campaign. All three—especially the liberals—will point to Orbán’s continued presence in the EPP as evidence of their lack of courage, conviction, and values. We’ll find out at the end of May whether European voters took notice.