The French are self-involved, or so the cliché goes. But they are no chauvinists—just ask the French president. 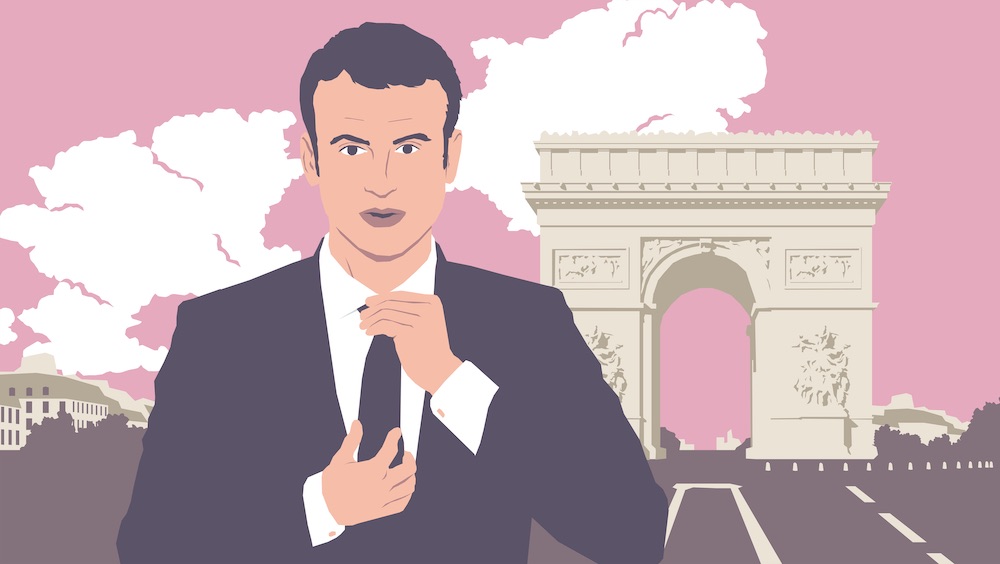 There is no doubt that the French are a self-sufficient bunch. After all, it was a Frenchman who once wrote, “Hell is other people.”

COVID-19 or not, the French rarely travel abroad for holidays. In terms of food, most French people think they have it best. And at housewarming parties in Paris, the music playlist is usually primarily made up of chansons and French rap classics.

And despite President Emmanuel Macron’s attempts to turn Europe into a global “balancing power,” what happens abroad doesn’t seem to spark much interest at home. The evening news on the public channel on average dedicates 16 percent of its coverage to European and foreign news. By comparison, that proportion rises to 50 percent in Germany. No surprise then that polls show the average French person knows little about the functioning of the EU.

But if this cliché about French aloofness is easily backed up with data points, another common trope about the Gauls doesn’t: that of French arrogance.  At least when it comes to the present, the French are brutally self-critical.

In fact, France seem to be among the least chauvinistic countries in Europe. Asked whether they think their culture is superior to others, 36 percent of the French answered “yes” in a recent poll. This compares to 46 percent in the United Kingdom and 45 percent in Germany.

Or take the COVID-19 crisis: unlike other nations, the Republic’s citoyens won’t rally around the flag. Among Europeans, the French give their government the lowest grades for its handling of the pandemic. Never mind that four of France’s neighbors have significantly higher death-per-capita rates. Never mind either that France’s short-time work benefits are among the most generous, also explaining why consumption is almost back to pre-crisis levels.

Of course, one could explain the French’s dim view of the state’s COVID-19 response as being due to Macron’s unpopularity. But by French standards, the president is actually polling relatively well. At 39 percent, Macron’s approval ratings surpass his predecessors François Hollande (23 percent) and Nicolas Sarkozy (35 percent) at the same point in their terms.

The negative view the French have of their country goes far beyond the complaint du jour. As Macron put it, “We are a country that for decades is divided and in doubt.”

Claudia Senik, an economics professor at the Paris School of Economics researching happiness, might have one explanation for why the French are so downbeat about themselves.

Studying cross-national polls, she found that the French have much lower levels of life satisfaction than other countries with similar socio-economic profiles. Senik observed that even when living abroad, French expats are less happy than the local population. This led her to argue that there must be something about France’s cultural “mentality” and education that makes them less happy than their wealth would otherwise suggest.

It’s easy to see where Senik is getting her cues: The French associate intelligence with skepticism. This is still the country that gave birth to René Descartes and existentialism. Today’s best-selling authors are the likes of Virginie Despentes, Michel Houellebecq, and Édouard Louis, who depict contemporary France as a decaying and violent society. More conciliatory books are relegated to the livres de plage category: A distraction to accompany your sunbathing at the beach, but not serious literature.

Finally, there is also a “foul your own nest” premium. Actor Gerard Depardieu insults the French as “a people of idiots” and takes on Russian citizenship. He is only surpassed by comedian Louis de Funès in box office sales. The late rock’n’roll and pop icon Johnny Hallyday moved to Switzerland in the 2000s bashing France’s tax system. Still, the country’s entire political elite joined the roughly 1 million French who flooded the streets of Paris to attend the star’s funeral in 2017. The French love the ones that hate them.

Nonetheless, there is more to France’s ruthless self-criticism and declinist tradition than intellectual vanity. Questioned about his negativism, Houellebecq wondered whether he is depressive or the world is depressing.

Indeed, the state of the world has not helped. In geopolitical terms, the former imperial power has long been in decline. And France’s dirigiste economy and society made the country look passé for much of the last 30 years of liberal hegemony.

Add to this the exceptional expectations the French have of their state, and France’s malaise is unsurprising. Frustration is a function of expectations minus reality, psychologists say. The republic’s moto of “Liberty, Equality, Fraternity,” written above every school entrance, is a high bar compared to Germany’s “Unity, Law, and Freedom.”

No wonder the French see their past presidents as a succession of failures. No wonder France has been leading from behind in the OECD’s trust in government indicator for a long time. The paradox, however, is that despite the fact that politics unremittingly disappoints the French, they continue to perceive the state as the solution to each and every single economic and societal problem.

Beyond the Nation State

Another interesting finding from Senik’s research is that foreigners that move to France gradually adopt the locals’ tendency to see the wine glass half empty. It’s been a bit more than two years since I’ve moved to Paris, so please allow me to finish on a slightly optimistic note.

First, the country’s gloomy intellectual establishment is wrong-footed by their compatriots every once in a while. Houellebecq rubbed his eyes in astonishment at Macron’s election in 2017, commenting, “This is the first time I’ve seen positive thinking actually work.”

And second, because of their state-centrism the French sense more strongly the limits of the nation state in today’s world. Europe is no longer just an instrument for French great power status, as Charles de Gaulle viewed it, but a necessity for France to protect its way of life. This explains how Macron managed to get elected not in spite of, but rather thanks to his ambitious EU platform. And this change in the scale of thinking—going beyond the nation state—is what the world needs to confront most major challenges.

And now on to your livre de plage!