Home Eye on Europe Von der Leyen Is in Trouble

The European Parliament’s confirmation of the EU national leaders’ nominee to be the next European Commission President is in serious doubt after MEPs left meetings with her this week unimpressed. 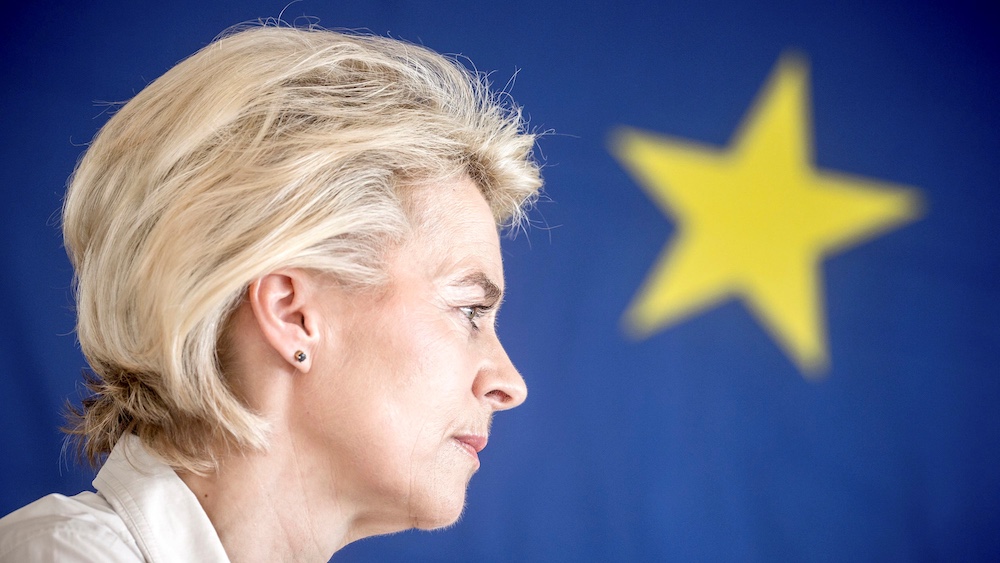 Ursula von der Leyen, the German defense minister nominated last week to become the next President of the European Commission, will face the most important vote of her life on Tuesday when members of the European Parliament in Strasbourg decide whether to confirm her. The day will start at 9 a.m. with her candidacy speech, followed by a morning of debate and then a vote in the evening.

A rough week of meetings with the broad spectrum of political groups in the parliament has shown just how uncertain this vote’s result is.

Because of the circumstances surrounding her appointment, she can count on the support of her own center-right European People’s Party (EPP) group. She can also likely count on the support of most of the new Renew Europe group made up of President Emmanuel Macron’s French MEPs and the Liberals, because Liberal Belgian Prime Minister Charles Michel has been appointed for the separate position of European Council President as part of the package.

But between the two of them those two groups can only deliver, at most, 290 votes—well short of the 376 votes needed for a majority in the parliament. This means the votes of other parties will be necessary, and those parties all reacted negatively to meetings this week in which von der Leyen tried to win their support.

Yesterday, the European Greens announced after meeting her that they cannot support von der Leyen, because she failed to deliver convincing answers on increasing the EU’s ambition on fighting climate change or cracking down on rule of law violations in Hungary and Poland. Today the far-left GUE group came to the same conclusion, for similar reasons. That leaves the center-left Socialists and Democrats (S&D) group as the only one that can save her nomination. They have 153 members.

The S&D say they will render their verdict on Monday—one day before the scheduled vote. But confirming her would be a bitter pill for these center-left MEPs to swallow.

That the S&D will be the determining vote is not good news for von der Leyen. The center-left MEPs are still furious over her appointment, both because she was not one of the Spitzenkandidaten(“lead candidates”) campaigning for the job ahead of the election, and because the center-left was given a slap in the facein the package of appointments, picking up no new positions.

At the start of last week’s marathon European Council talks on choosing the next commission president, a package was on the table that would have seen the S&D SpitzenkandidatFrans Timmermans getting the top job, with the EPP getting Council President and the Liberals High Representative for Foreign Affairs. But that package was fiercely resistedby Hungary and Poland because of Timmermans’ rule of law investigations against them, and they were backed by center-right leaders of countries including Ireland and Bulgaria who demanded that the presidency should stay in the hands of the EPP, which has held it for 15 years.

It was a solution which would have seen a long-awaited change in political direction at the top of the EU while at the same time honoring the new method of democratizing how the EU’s president is chosen. That it was shot down because of a combination of center-right political ambition and right-wing bullying has infuriated center-left MEPs, who now feel that they have two good reasons to reject von der Leyen regardless of her merits as a candidate.

Under the Spitzenkandidatsystem, advocated by the parliament but resisted by the European Council of 28 national leaders, the political groups put forward lead candidates for Commission President ahead of the election. Those candidates campaigned across Europe and held debates with each other. The idea was to give voters a choice, with the candidate who was able to garner a majority in the European Parliament getting the job. It was used for the first time in 2014 to appoint Jean-Claude Juncker, the EPP’s lead candidate.

The EPP, S&D, Greens, and GUE all said before the election they would reject anyone nominated by the council who was not a Spitzenkandidat during the campaign, and this threat was reaffirmed in statements from the main groups shortly after the election. The latter two have made good on this threat, while the EPP has retreated from it. What is not yet known is whether the S&D will also back down.

Euroskeptics Are Saying “No”

The right-wing euroskeptic European Conservatives and Reformists (ECR) group could be a wild card in this vote. The ECR is no friend of the Spitzenkandidatprocess, viewing it as an attempt to give the EU the trappings of a democratic state rather than a free trade zone. The ECR has also said it will not render its verdict until Monday, after a meeting in which Polish members pressed von der Leyen on whether she would pursue rule of law violations as aggressively as Timmermans has. Perhaps mindful of what happened to the Dutchman, her answer was, essentially, no.

Hard-right MEPs from Poland’s ruling Law and Justice party (PiS) now make up the largest contingent of the ECR group. But despite her suggestion that she will go easy on Poland, the ECR MEPs are concerned about her past statements regarding federalism, in which she said she wants a “United States of Europe” and to pool EU militaries together.

Following the ECR’s meeting with von der Leyen on Tuesday, Polish MEP Zdzisław Krasnodębski suggested that his group would only vote for her if they received the committee chairmanships they wanted in votes on Wednesday. But thanks to a cordon sanitaire around the euroskeptics formed by the parliament’s mainstream parties, the ECR was blocked from receiving positions. This makes it highly unlikely they will vote for von der Leyen.

Even if they did vote for her, it would not be enough to save her nomination. The group has been greatly reduced since May’s European elections saw the decimation of the British Conservatives, who set up the group in 2009. The ECR now have only 62 members, short of the 86 votes needed to fill the gap.

The remaining 128 MEPs, made up of the far-right euroskeptic Identity and Democracy group of Marine Le Pen and Matteo Salvini as well as mostly euroskeptic unaffiliated MEPs such as the Brexit Party, are almost certain to vote against any nominee for Commission President.

In short, there are few avenues to victory for von der Leyen, and avenues are getting smaller in number by the day. If S&D decides to reject her, but the EPP, RE, and ECR groups all support her, and she can pick up 24 votes from rebel S&D MEPs or independent members, then she could squeak by.

With the margins so tight and the uncertainty so high, what now seems more likely is that Tuesday’s vote will be delayed until September. Both MEPs and national leaders will want to be sure there is a potential Plan B candidate at the ready in the event of a parliament rejection, and right now there is no such person. Worryingly, any majority to defeat von der Leyen is reliant on the ”no” votes of the far-right euroskeptics. Given they will vote “no” on anyone, such a majority is not capable of voting for any alternative candidate.

A two-month delay, however, only increases the chances of von der Leyen’s eventual rejection. If MEPs know a plan B has been arranged, then they will have less reservations about throwing the EU into a potential constitutional crisis.