By tomorrow, the United Kingdom was supposed to leave the European Union, and Ursula von der Leyen was supposed to start her job as Commission President. But because of infighting in both Brussels and London, neither will happen. The EU seems paralyzed. 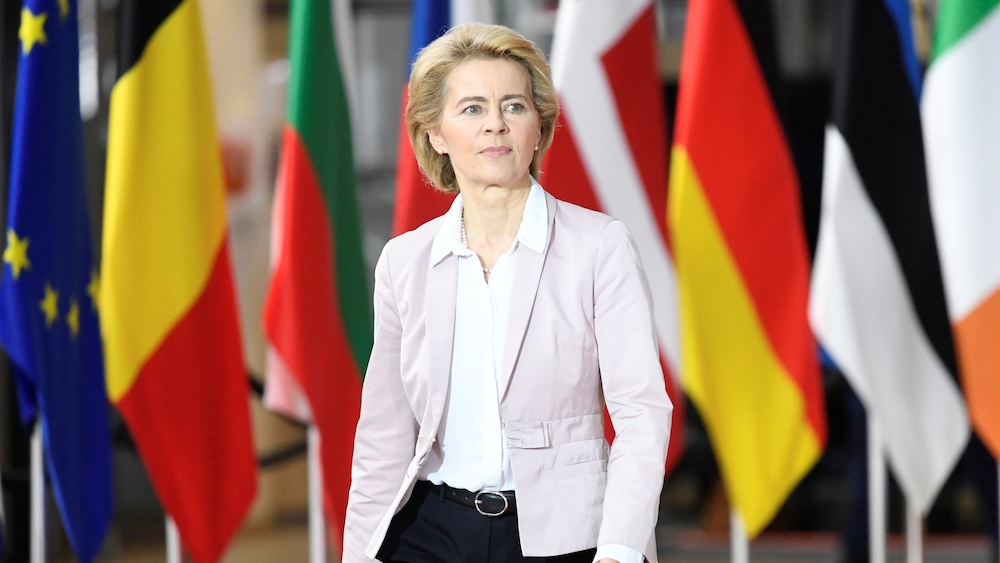 But three months later, von der Leyen will not be starting as scheduled. MEPs, still angry over the circumstances of her appointment, lashed out earlier this month by rejecting the nominee to be her internal market commissioner, Sylvie Goulard from France. Their real target was the man who nominated her, French President Emmanuel Macron, who killed the parliament’ Spitzenkandidaten system for choosing the Commission President in June.

The parliamentarians also rejected the Romanian and Hungarian nominees, for more traditional reasons. Now, with questions over Macron’s replacement nominee, Thierry Breton, and Romania’s government in chaos, it’s looking like von der Leyen may not be able to start until 2020.

Perhaps the most lasting effect of this month’s drama in the European Parliament is that it has destroyed the chance for the EU to have its first gender-balanced college of commissioners. When she announced her team in September, von der Leyen was keen to trumpet the fact that it would be the first gender-balanced one in history—with half of the team women (13 out of 27, or 48 percent).

But Macron has replaced Goulard with a male nominee–Breton is a former economy and finance minister under Jacques Chirac and a businessman. Romania’s ousted prime minister is battling with that country’s president over who can nominate someone to replace their rejected female nominee, but both of the people being considered are men.

To make matters worse, with Brexit being extended until January 31, 2020 (for more see below), it will now be necessary for Boris Johnson to nominate a temporary commissioner before von der Leyen’s commission can begin. The most likely choice will be for Julian King, the current British commissioner, to stay on. That would mean only 11 out of a team of 28 would be women—a ratio of 39 percent. This is roughly the same ratio the commission of outgoing president Jean-Claude Juncker had.

But the gender imbalance may be the least of von der Leyen’s worries. Though Hungary’s replacement nominee Olivér Várhelyi looks set to sail through, the French nomination is complicated, and the Romanian nomination is a mess.

Breton and Várhelyi will have their confirmation hearings next Wednesday and Thursday in the European Parliament in Brussels. Many MEPs are not happy with Macron’s choice. Unlike Goulard, Breton has no EU experience and is considered far more conservative than the previous nominee. He is nominated for the same vast internal market portfolio as Goulard was and there are still concerns that his position will be too powerful. There have also been questions about his current job as CEO of technology company Atos. He reportedly owns about €34 million worth of shares in the company, which he would be regulating as part of his new job.

MEPs say they are preparing some tough questions for him. It’s highly unlikely they would reject him, after having already rejected one French nominee, but they may hold up his appointment for several weeks.

Romania has still not put forward a replacement, because since the original nomination was made the government of Prime Minister Viorica Dăncilă has collapsed. That hasn’t stopped her from putting someone forward anyway—the Socialist MEP Victor Negrescu. But Romanian President Klaus Iohannis is challenging her right to do this, arguing that because the government has fallen, it is now his responsibility. He reportedly wants to nominate Liberal MEP Siegfried Muresan.

Meanwhile, there are reports in London that Johnson may refuse to nominate a new commissioner—fearful that it would suggest to the British public ahead of December 12 election that the UK is not leaving the EU. Lawyers at the commission are looking to see if there is any way around the rule that there must be one commissioner from each EU member state.

None of this, from the Spitzenkandidat fight to the Romanian chaos to the Brexit meltdown, is von der Leyen’s fault. But she has found herself seriously hampered by all of it before her tenure has even begun. And her inability to react robustly to the unfolding situation has many in Brussels questioning her fitness for the job. This is unnerving for her team, considering she still has to survive a second confirmation vote, along with her whole college of 28 commissioners, in the European Parliament.

The other major event meant to take place tomorrow was Brexit. But after Boris Johnson failed to ram his renegotiated Brexit deal through the British parliament in record time, MPs voted this to call an election for December 12. The EU granted an extension of three months, until 31 January 2020, even before that vote.

This is the third time the UK has requested, and the EU granted, an extension to the Brexit deadline which was originally supposed to be at the end of March. The continuing extensions have left everyone exasperated.

French President Emmanuel Macron reportedly came close to vetoing the request for extension—delivered by Johnson under duress (or so he pretended) because of a piece of UK legislation requiring him to do so. On the EU side, there is a strong desire for the UK to leave as quickly as possible, but in an orderly fashion. People in Brussels are tired of having the Brexit issue hijack European summits and slowing the EU agenda. “As much as I hate Johnson, I have to say I hope he wins a majority in December because it would mean the British are finally gone,” admitted one EU civil servant in Brussels.

But the divisions in the UK are making that exit seem almost impossible. Polls currently point to a resounding victory for Johnson, but they were also predicting that ahead of his predecessor Theresa May’s snap election in June 2017. May ended up losing her majority in that election. An inconclusive result could mean months of more uncertainty and possibly in a second referendum being called.

The European Union is ending 2019 in a state of paralysis. With the start of both the new commission and the new EU of 27 delayed until 2020, decisive action in Brussels seems as far away as ever. It is certainly not where Emmanuel Macron wanted to see the EU two years into a presidency. The European renaissance, which he and the many people who believed in him, had hoped for, seems still some way off.