Critics say Germany’s carbon price is too low. But price isn’t the only factor policymakers need to consider. 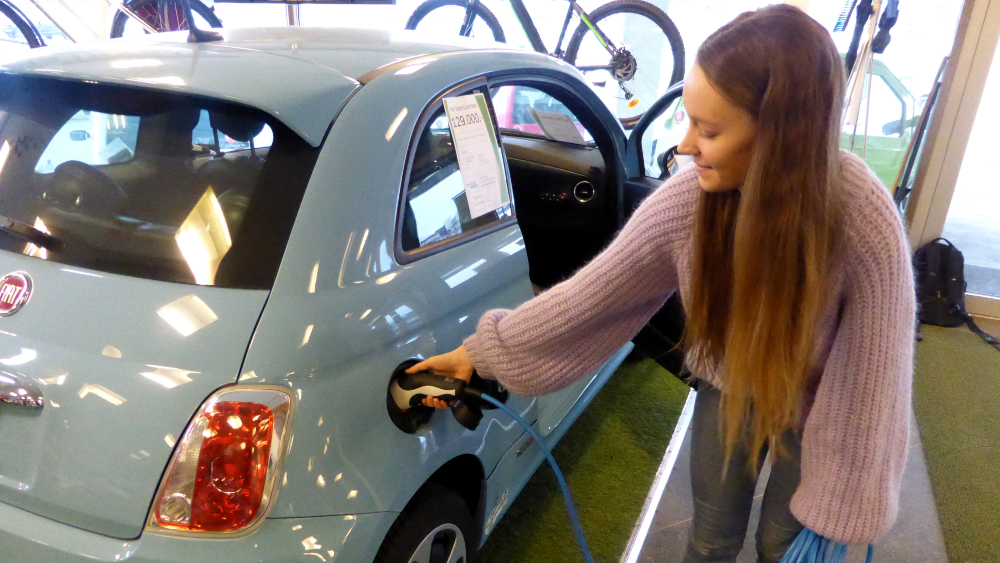 In Germany, the introduction of carbon pricing is currently the subject of intense discussion. For a long time, the German government discussed establishing a carbon price to complement the EU emissions trading scheme. With the recent so-called Klimapaket, those discussions are becoming policy: the government now proposes charging €10/ton per CO2 in the transport and building sectors in 2021, rising to €35/ton in 2025.

Most commentators, however, emphasize that the German price is too low to set adequate incentives for decarbonisation. Other countries charge much more. In Sweden, the price is €114/ton of CO2. In Switzerland, it is €87/ton (though transport fuels are excluded). In France, meanwhile, the carbon price is €44/ton, and the Canadian province of British Columbia charges €27/ton.

In any case, price is not the only factor to consider. And while Germany is still preparing to introduce a carbon price, other countries and regions already use one as an effective instrument for climate change mitigation. Their experiences provide valuable lessons that can help governments both within and outside the EU to build and maintain support for carbon prices.

As part of a research consortium, we recently published a study on carbon pricing experiences in Australia, Colombia, France, Sweden and Switzerland and the Canadian province of British Columbia. We were able to identify a number of elements that are potentially relevant when designing and implementing carbon pricing approaches. These are not “success factors” necessary and/or sufficient for carbon prices to succeed, but they do help ensure that a carbon price is more likely to achieve its objectives. There are four key elements.

First, a carbon tax should be designed to avoid excessive costs for heavily affected subpopulations (e.g. rural residents who drive long distances to get to work or populations with increased needs for heating, etc.). This is a salient feature in many jurisdictions, and one that serves to mitigate the impact of higher prices for gasoline and heating for heavily affected populations who may otherwise oppose the policy.

Second, it can be important for the carbon-pricing scheme to visibly return revenue to the general population, targeting specifically the general population and not only heavily affected groups. Returning (part of) the revenue directly to citizens, as Switzerland does through the health insurance system, is a component of many carbon prices and often heralded as a key driver of the political feasibility of a revenue-neutral carbon price.

Third, there may be broader support for carbon pricing if the revenue is used to actively promote low-carbon alternatives, i.e. if the money is reinvested to help people adopt low-carbon behavior and thus avoid paying the carbon price. Opinion polls frequently find strong public support for linking the use of revenue to the overall objectives of the policy, and in particular for directing it to support low-carbon alternatives.

And fourth, policymakers should ask whether low-carbon substitution options are available, independent of how carbon pricing revenue is used. For example, are there public transport options available for citizens who would prefer to take the train rather than pay more for gas? The availability of such options varies widely across jurisdictions and sectors.

A Rose is a Rose

In addition to these distinct policy features, governments must also consider how they communicate carbon pricing.

Some countries, such as Sweden, have implemented carbon prices as part of major tax reforms — this is sometimes brought forward as a potential success factor. In the Swedish case, the carbon price “hides” within broader changes. Linking it to tax reform allows policymakers to avoid increasing the cost of various products (e.g. by offsetting a carbon price introduction with a reduction of a general energy tax).

It can also help to develop an active communication strategy about distributional issues: what can policymakers say to critics who argue that carbon prices are an excessive burden on low-income groups? The active communication on measures to address existing distributional concerns has sometimes been found to be important for political acceptability.

Last but not least, holding a systematic stakeholder engagement process can increase public acceptability, both by increasing legitimacy and by addressing critical concerns in the policy design phase. In this context, it is sometimes relevant if the tax is described as a tax or something else, e.g. an “instrument” or “fee”. This might be relevant for the public perception of the tax given that taxes can be perceived quite negatively in some contexts. In Australia, for example, the Liberal party criticized what they called “a tax on everything” and was eventually able to repeal the carbon pricing scheme.

Again, considering these elements does not ensure a successful implementation of a carbon pricing scheme but may offer promising guidance for this important feature of an effective climate policy. To what extent did the jurisdictions in question follow best practices?

A “Perfect Storm” in France

Our study revealed some interesting patterns. Carbon pricing in France hit the headlines when an increase in fuel costs helped spark the “gilets jaunes” protest movement. But the French carbon scheme is quite different in terms of design and communication from those in many other jurisdictions: a lack of clearly visible revenue recycling, the difficulty of avoiding the tax in the transport sector), inadequate compensation measures, as well as simultaneous wealth tax cuts and a surge in global oil prices caused  France to experience more protests and greater backlash than more successful carbon pricing jurisdictions. President Macron eventually suspended the planned carbon tax increase for all of 2019. Given the multitude of design and communication problems, the French case serves as a “perfect storm” example of an unsuccessful case, where it is difficult to relate the lack of success to a single factor.

Although the carbon price there was eventually repealed, Australia’s carbon pricing design and communication was actually more similar to some of the successful jurisdictions, showing that even a well-designed carbon pricing instrument can be derailed in the context of a highly fossil-fuel driven economy and an unfavorable political climate.

While language around “taxation” has sometimes been avoided, this is not always the case. Many successful carbon taxes are referred to as such, e.g. the Swedish but also the British Columbian one. Whether or not “taxation” is a loaded term that needs avoiding is dependent on the specific context and political discourse.

In Germany, so far, more concrete and systematic plans to visibly return revenue to the population are still missing. Instead, the carbon price is part of a bigger package, which includes some measures like increasing the Pendlerpauschale (commuter allowance) to ease the potential burden on commuters. The next few years will show whether the German scheme is fit for purpose—whether it can both reduce emissions with a comparatively low carbon price level and maintain public support for the climate transformation.

N.B. This article is based on a study by experts from adelphi, Climate Focus, and Perspectives Climate Group, commissioned by the German Federal Ministry for the Environment, Nature Conservation, and Nuclear Security (BMU).