MEPs promised Emmanuel Macron they would take vengeance for his destruction of the Spitzenkandidat system. They’ve kept their word by rejecting his commission nominee, Sylvie Goulard. Designated Commission President Ursula von der Leyen, whose start will now be delayed, is caught in the middle. 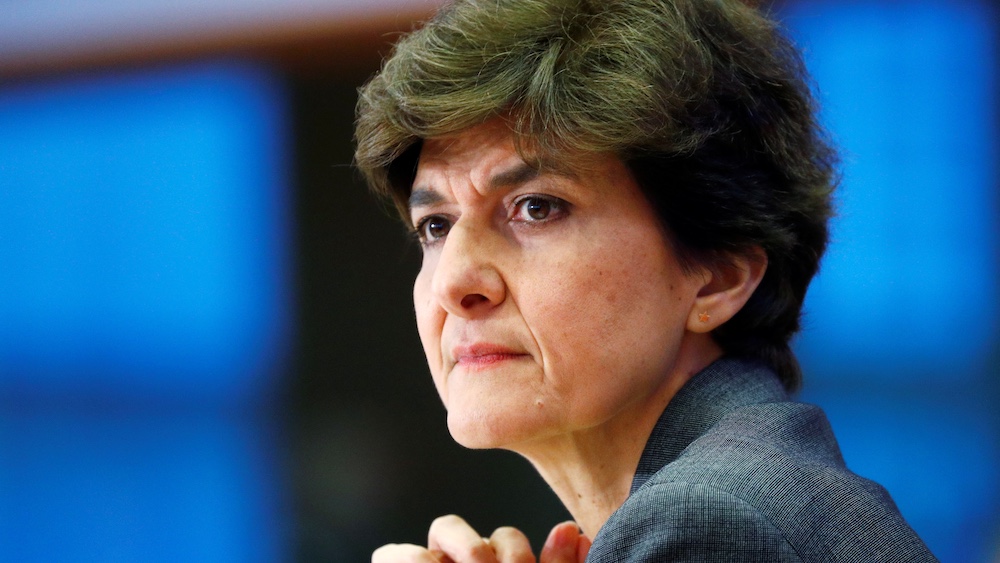 In an unprecedented move, the European Parliament’s internal market and industry committees overwhelmingly voted on Thursday to reject Sylvie Goulard, the French nominee, to become the next EU internal market commissioner. As a result, the commission of incoming president Ursula von der Leyen will not start on November 1 as planned—and there is even speculation in some quarters she may never start.

Though the rejection is ostensibly over potential ethics issues during her time as an MEP, it has more to do with the parliament’s unfinished business from its battle with French President Emmanuel Macron this summer. Though the Parliament warned they would only confirm one of the official election candidates to become European Commission president, Macron disregarded their warnings and refused to honor their system for electing the commission president. (According to the EU treaties, Macron had every right to do so, as they stipulate that the European Council—the group of heads of governments—picks the commission president.)

Macron instead put forward Ursula von der Leyen, the German defense minister, who was not a candidate during the EU elections in May. In the end the parliament backed down from its threats and confirmed her by just nine votes. But she only made it across the line because of support from far-right parties in Hungary and Poland.

Macron may have thought he was out of the woods—that the parliament was all bark and no bite. But yesterday MEPs, led by rejected center-right Spitzenkandidat Manfred Weber, took their delayed revenge.

Macron was left stunned. “I need to understand what played out,” he said at a press conference. “Resentment? Pettiness?”

He said von der Leyen had assured him Goulard would pass, and that she had been personally told this by center-right EPP leader Weber and center-left S&D leader Iratxe Garcia Perez. But Weber and Garcia Perez deny having any such conversation with von der Leyen, who has not responded to Macron’s accusation.

Macron’s assertion that this has more to do with institutional politics than Goulard’s qualifications is shared by most people in Brussels. The EPP itself made this more than obvious when it accidentally sent out a tweet yesterday before the vote with a WhatsApp conversation in the background saying, “Guys we are going to kill her in the vote later but do not say.” The tweet has since been deleted.

The stated reason for rejecting Goulard, a close ally of Macron, is allegations that she used a European Parliament assistant for domestic political work while she was an MEP in 2009. There was also discontent over the fact that while she was an MEP she was receiving $10,000 a month from a US consultancy firm for whom she appears to have done little work.

But this explanation doesn’t quite hold water. Though it might be distasteful, there is nothing illegal about having a second job as an MEP and Goulard fully disclosed what she was earning. Almost a third of MEPs have such second jobs, according to public data, with many earning far more than Goulard.

As for the payment scandal, though she has been questioned by investigators there has been no formal investigation launched against her. After a tough first round of grilling she promised MEPs that she would resign if she was ever found guilty of improperly using her MEP funds. There were far more serious doubts about the ethics and competence of other nominees, but they sailed through.

MEPs also had objections to her very broad portfolio, but in truth it is not that much bigger than in previous commissions.

Every five years, these confirmation hearings are often more about political games than the actual competencies of the nominees. The European Parliament wants to flex its muscles and show it can’t be pushed around by the other EU institutions, so it always rejects at least one nominee. But this year, after suffering such a humiliating climb-down in July, it had more to prove than normal.

The parliament had already rejected two Eastern European nominees even before their hearings—from Hungary and Romania. They were deemed by the legal affairs committee to have conflicts of interest. Given that the two governments who nominated them are political pariahs accused of violating the rule of law, the rejections were not that surprising.

The Hungarian was from the EPP, and the Romanian was from S&D. Those two groups then focused their attention on Goulard and Macron’s Renew Europe group of liberals, the third largest in the parliament.

Clearly, the parliament was not content with just catching the usual Eastern European small fish. They wanted a big fish to show Macron they can’t be trifled with—and that big fish was Goulard. She is only the second nominee to ever be rejected from a Western European country; the first being Italy’s Rocco Buttiglione in 2004 who was voted down for his homophobic views.

This wasn’t just a humiliation for Macron, it has also critically wounded von der Leyen. Her own EPP group, which is led by Weber, has very publicly and ostentatiously disobeyed her. They also apparently disregarded an intervention by Angela Merkel, who urged them not to do anything that would delay the new commission’s start date on November 1—a crucial time with Brexit scheduled for October 31.

That the EPP ignored both of these women shows that von der Leyen does not command a majority in the parliament. This was always the worry with her very slim confirmation victory. Like Goulard, von der Leyen has found herself stuck in the middle of an institutional power battle she did not start. And some people in Brussels are questioning whether she can survive.

With the collapse of the Romanian government this week delaying a new nominee from Bucharest, there is now no prospect of von der Leyen’s commission being approved before the intended November 1 start date. Von der Leyen tacitly admitted this herself in a statement following Goulard’s rejection.

A delay itself is not a mortal blow, and indeed von der Leyen may be breathing a sigh of relief that there is now no risk her first day will be occupied by a no-deal Brexit. But if she cannot get a confirmation for her college by December 1, people will start asking whether they need to start over with a new president.

It’s a road few want to go down, and the parliament is likely to be content having taken their revenge against Macron. But MEPs may have kicked off a tit-for-tat process that could snowball out of control.