Home Eye on Europe No Escaping an Arms Export Policy

Designated Commission President Ursula von der Leyen is “enthusiastically working toward a defense union.” Without a coordinated stance on European arms exports, this could prove difficult. 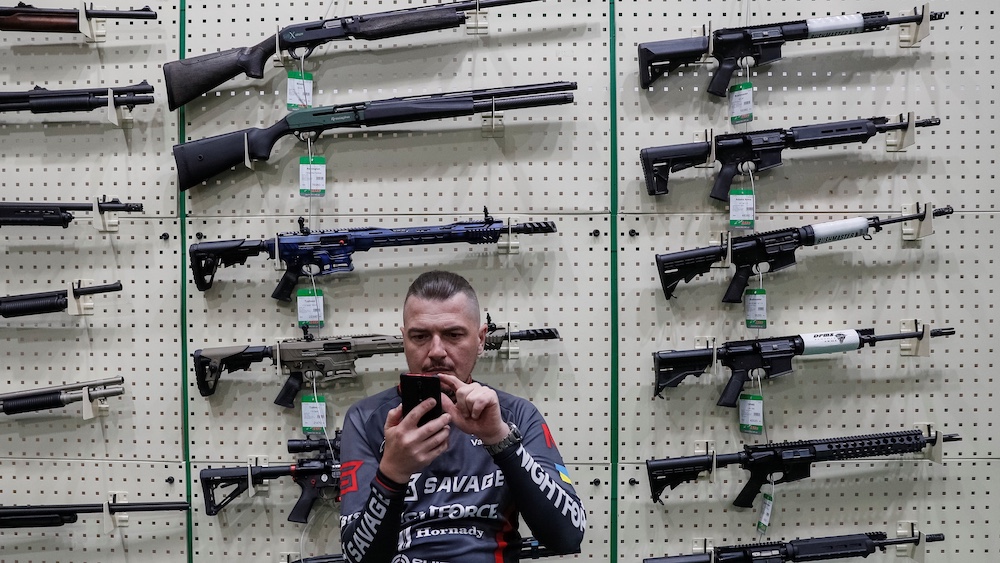 There’s a lot to be said for having a European policy on arms exports: a joint set of rules could prevent weapons manufactured in Europe from being used in a way that violates international humanitarian law, for example. Arms embargoes can constrain aggressive behavior by depriving a country of military resources, or at the very least send a strong signal condemning human rights abuse. Weapons exports can improve defense cooperation with allies by improving troop interoperability. And, in individual cases, they can improve the defense capabilities of strategic partners in order to help them tackle globally significant security challenges like piracy or terrorism.

All of these measures are more effective when Europeans work together. Weapons embargoes in particular are similar to economic sanctions in that the more countries that participate, the stronger the impact. Hence, an embargo on Saudi Arabia imposed unilaterally by Berlin may help to alleviate the German conscience, but does little to prevent British and French arms from being delivered to Saudi Arabia for use in the war in Yemen.

Despite this, the European Union has thus far failed to enforce a joint weapons export policy.  The goal of a Europe that is “weltpolitikfähig” (loosely translated: capable of geopolitics) and pursues a foreign policy stance based on shared values doesn’t seem to have provided sufficient motivation. Now, however, von der Leyen’s aim of creating a defense union leaves Europe no choice but to tackle the question of exports—the absence of a coherent arms export policy undermines not only the strategic interests and the credibility of a values-based EU, but also its defense capabilities.

European governments will only join forces in the development of military equipment if they are able to trust their partners to provide the necessary components to export customers and to other EU members. In order to achieve this, they need to agree on a transparent and predictable set of export rules.

Exporting to third countries allows defense companies to enlarge their customer base and create economies of scale. At the same time, it pushes European firms to make more competitive products. By spending money on defense R&D, the EU could help companies be more selective about where to export to in the future and prioritize European technology requirements over those of external customers.

EU member states and institutions have developed a string of new initiatives for the improvement of defense coordination. Among them are the Coordinated Annual Review on Defense (CARD), the European Defense Fund, and the Permanent Structured Cooperation (PESCO).

Ideally, the future of EU defense industrial cooperation will look something like this: EU institutions and governments identify gaps in the bloc’s defense capabilities and draw up a list of the military equipment required; a group of capable countries decides to develop the equipment in question; in return they receive EU funding for the research into and development of necessary technology.

But the EU does not have a plan for how to proceed if member states cannot reach agreement on arms export rules. Without a reliable and consistent arms export policy at the European level, the union’s high-profile plans to improve European defense capabilities risk falling flat.

The European Council adopted a common position on arms export controls in 2008, which defines common rules governing control of exports of military technology and equipment. If it were properly implemented, the Common Position would be one of the strongest arms export frameworks in the world. But although it is legally binding, the Common Position is poorly enforced. There is no formal mechanism to punish non-compliance. Article 346 of the Treaty on the Functioning of the EU affirms that defense decisions taken by member states for the protection of their security interests are outside the remit of EU law. As a result, member states often fall far short of their obligations under the Common Position and fail to apply its criteria to their export decisions. In addition, licenses are only granted under the EU Common Position on a case-by-case basis. Authorities probe whether a particular export violates any of the eight criteria outlined in the Common Position. This methodology often means that the authorities fail to take into account the wider geopolitical context and the cumulative effect weapons exports might have.

The EU’s plans to build a Defense Union raises the question of whether there could ever be “more EU” in arms export policy. The commission has begun slowly carving out a role for itself in EU defense industrial policy. It recently tightened the regulation of cyber-surveillance equipment, which could bolster its influence over trade in dual-use goods. But the European Defense Fund guidance stipulates that funding from the commission should not have any influence over the export decisions of those military goods that were developed with the support of EU funds—this was the result of rigid opposition by member states to any EU authority over exports.

Civil society organizations have expressed concern that transferring powers to the European Commission, which is less accountable to voters than national governments, could decrease rather than increase transparency around defense exports. And an EU-wide policy would necessarily be based on the smallest common denominator and thus have limited impact.

The European Parliament has so far not been very involved in the EU’s new defense activities. When it first voted on the European Defense Fund in April 2019, 328 MEPs supported it, while 231 voted against. Those who are fundamentally opposed a greater EU role in defense matters aside, lawmakers took issue with the defense industry’s participation in the development of the commission’s proposal and questioned the plan to use EU funds for supporting new technologies (including artificial intelligence, robotics, and unmanned systems) that could pose ethical dilemmas. The parliament may want to have more control in the future over questions such as who will be eligible to import military goods financed by the EU.

It is unlikely that EU member states will cede national control over their arms exports to the EU. There is no political will to do so, neither in Berlin nor elsewhere. Any attempt to establish an EU supervisory body to report on violations of the Common Position would require a change to the EU treaties and therefore unanimity among EU member states.

But there are a few things Europeans could do right now to improve the workings of the Common Position. A recently concluded review process is promising but limited in scope. For example, member states are obligated to provide an annual report on the export licenses they have granted. The EU should start imposing strict deadlines and standardize the report’s format. The reporting requirements should further include actual deliveries rather than just exporting licenses. This would facilitate a more precise analysis of situations in which the sudden arrival of arms could imperil a fragile ceasefire, for example. For this reason, members should also inform one another of their respective risk assessments. Some countries have difficulties meeting even the current reporting requirements due to a lack of resources and know-how. The EU should organize a peer-review meeting that would allow governments to share best practices for the purpose of data collection.

The EU could also encourage member states to conduct their own controls with regard to the end use of exported weapons. Export licenses should only be granted if the seller is aware of who might end up using the weapons and how they will be deployed. There is no export regime that does not run the risk of weapons falling into the wrong hands. This is particularly true for small arms, which cause the majority of casualties in both domestic and cross-border conflicts. End-use control is expensive, time-consuming, and requires political influence in the recipient country. The EU could contribute by deploying to importing countries teams of experts made up of employees of the Commission and the European External Action Service. This would have to be negotiated in advance and incorporated into export agreements, however, and the EU would have to find a way to handle the difficult exchange of sensitive data.

But in the absence of a credible EU-wide weapons export regime, a positive step toward harmonizing EU arms exports would be for smaller groups of member states to come together, following the model of the Farnborough framework agreement of 2000. In 2019, Germany and France signed the Treaty of Aachen, an extension of the 1963 Elysée Treaty. The two countries promised to “develop a common approach to arms exports with regard to joint projects.” According to the EU truism that nothing happens without consensus between Germany and France, any agreement between Berlin and Paris could be expanded to include other countries, or member states could forge similar agreements with one another. This process could be expanded step by step in order to make the guidelines for weapons exports more predictable for all EU members. But in order to further EU foreign policy goals, these agreements would have to be much farther-reaching than the one proposed by Berlin and Paris, and they would have to encompass legally-binding export rules.

What is more, the agreement recently reached by Paris and Berlin is reminiscent of the Debré-Schmidt accord, which was signed in 1972 by the countries’ then-defense ministers Michel Debré and Helmut Schmidt and stipulated that neither side could block the export of jointly developed weapons systems. Germany nonetheless decided to impose an arms export ban on Saudi Arabia in 2018. This highlights the fact that the problem is not so much a lack of agreements, but rather a lack of a common strategic perspective on regional threats.

Before a common weapons export policy can be developed, EU member states must agree on the interests the bloc has in a particular conflict, which is often difficult. Opinions diverge, for example, on whether exporting weapons to Saudi Arabia stabilizes or destabilizes the Gulf region. And arms exports or embargoes must form part of a larger foreign policy strategy, since they are often ineffective on their own in changing state behavior. The most effective embargoes are usually accompanied by other measures such as economic sanctions.

EU member states must take on the enormous task of reaching a shared view on the security context of arms exports. They should also improve the wording of the Common Position and reporting by member states, tighten end-use controls, and conclude far-reaching inter-governmental export agreements. The new incentive: without an effective European arms export policy, the European defense union is unlikely to succeed.

This article is based on the CER Policy Brief “Up in Arms: Warring over Europe’s arms export policy,” co-authored with Beth Oppenheim.