The pro-reform government of Maia Sandu is out. But the EU’s support did not go unnoticed by the Moldovan people. 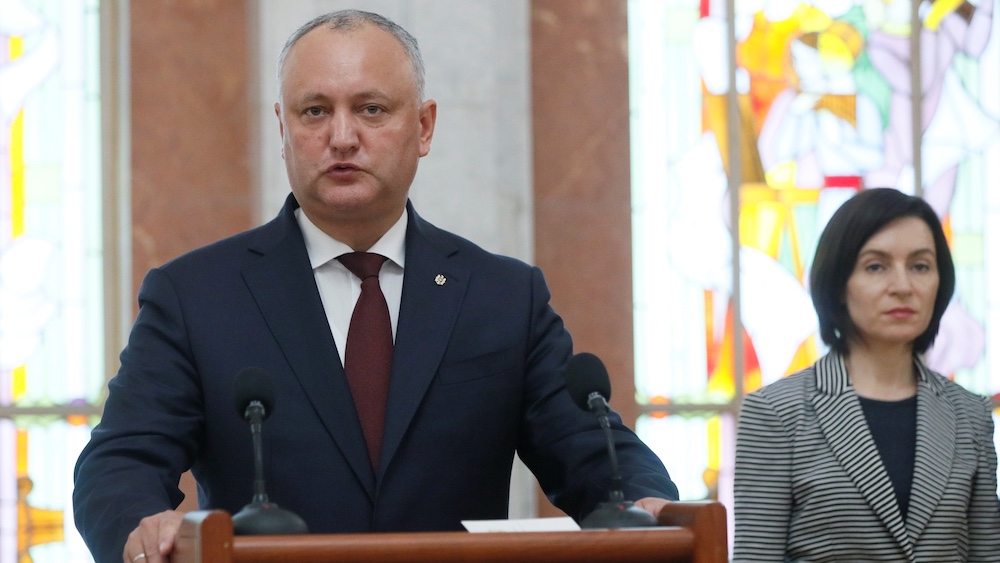 When the pro-European ACUM bloc and the pro-Russian Socialists’ Party (PSRM) formed a coalition government back in June, it turned many heads. That is because in Moldova, one of the six countries of the EU’s Eastern Partnership, coalitions of juxtaposed geopolitical interests simply do not form as they bear high electoral costs. This one was created to break free from a captured state.

Once in office, Prime Minister Maia Sandu of the center-right PAS, which together with the center-right PPDA led by Andrei Nastase, forms the ACUM bloc, wasted no time in making the reform of the justice system the key priority. This was meant to help dismantle the oligarchic rule of Vladimir Plahotniuc, the informal leader of the center-left Democratic Party at the time, who had become an increasing security threat in the EU’s eastern neighborhood for the past five years. However, ACUM’s coalition partner, the Socialists’ Party (PSRM), together with its own informal leader, President Igor Dodon, covertly undermined the reform process since it threatened their own vested interests and political power, too.

When Sandu proposed a last-minute law change to ensure that an independent prosecutor general is eventually nominated—a move which was not coordinated with PSRM—a red line for the coalition’s unity has been crossed. Together with the Democratic Party, which the Socialists helped topple in June, PSRM passed, on November 12, a no-confidence vote against the Sandu government.Less than two days later, a new PSRM-led minority government was created, also with the help of the votes of the Democrats. The new Prime Minister Ion Chicu is a former adviser to President Dodon and Minister of Finance during the Plahotniuc days. The new cabinet of ministers reflects similarly, old elites.

Amidst competing domestic and foreign policy priorities, the EU and individual member states such as Germany took a risk in actively supporting the frail ACUM-PSRM coalition which joined forces to oust Plahotniuc. Without knowing for how long it would last, the EU and its member states fully backed the Sandu government by opening up financial assistance flows as well as providing expert and legal advice, and technical support. So, was the EU’s support for Moldova’s short-lived government without consequence? Not quite. This engagement had a positive impact both on the EU and Moldova in several ways.

First, the EU proved it is willing and able to engage with complex processes of democratization in the EU’s eastern neighborhood despite a prolonged period of fatigue with stalled reforms and multiple corruption scandals. Ahead of the Eastern Partnership summit in June 2020 this signals the EU’s commitment to further support the democratizing efforts that these countries are currently undergoing.

Second, though it is often criticized for its slow pace, the EU proved it can react promptly to developments on the ground. In a very short time, it managed to mobilize critical support for the Sandu government. Between July and October the EU offered €73.54 million for the support of the reform agenda, hence effectively demonstrating its capacity and tools in its immediate neighborhood.

Third, in Moldova itself the EU’s support for the Sandu government helped revive political pluralism, which was on life support under Plahotniuc’s rule. The powerful oligarch had secretly wiretapped, intimidated, and blackmailed political opponents, journalists, civic activists, and judges alike. These practices have been stopped and numerous individuals who had been harassed came out publicly with details and incriminating evidence.

The EU’s immediate support also indirectly helped restore the citizens’ trust in free and fair elections. Local elections that took place at the end of October and early November showed that there is a wide spectrum of political forces willing to run for election. Although there were some minor incidents, these did not influence either the legitimacy of the election process or the election outcome.

Lastly, the current minority government appears unstable and possibly short-lived as well. While the current situation most favors the Socialists, the Democrats made it clear that this is not a coalition government; indeed, they are ready to vote down the Chicu government when it seems opportune to do so. This signals that serious political instability lies ahead, but it may also provide a sooner than expected chance for ACUM’s return.

Moldova’s pro-reform Sandu government and the reason why it collapsed shows that the EU is right in pursuing rule of law reforms in its neighborhood. They need to be at the heart of the EU’s efforts to consolidate democracy in the Eastern Partnership region where societies struggle with similar transformational challenges. It also shows, however, that these reforms are no easy ones to conduct and sometimes the political will to do so may not be enough.