Home Eye on Europe Up in Arms

Greece’s multi-million euro arms deal with Saudi Arabia fell apart, but not before triggering a huge amount of controversy. Athens may have needed the money, but the fallout might be costlier. 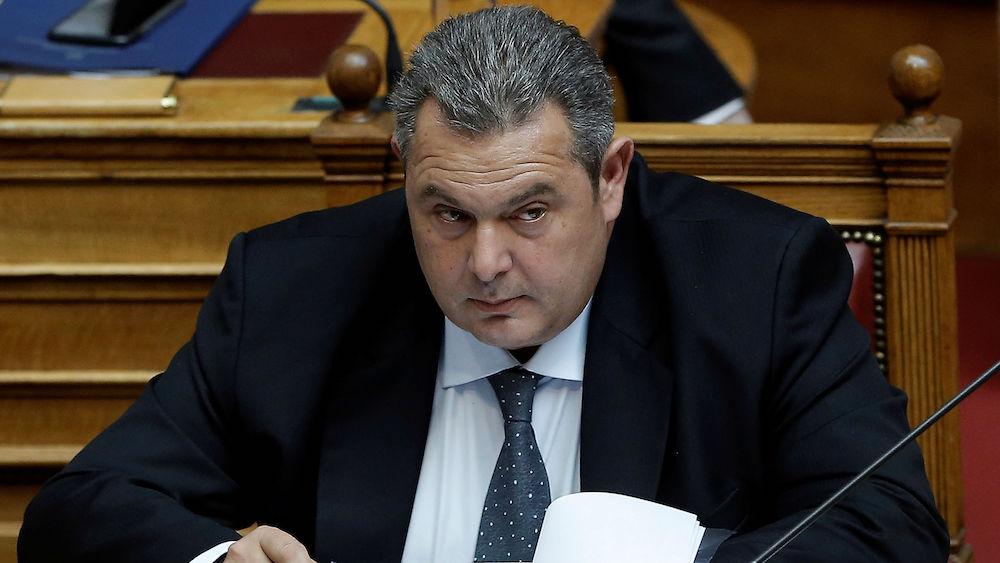 For a cash-strapped country like Greece, an additional €66 million in the state coffers should be welcome news. The country’s economy has made only faltering progress, still reeling from the 2008 eurozone debt crisis. Unemployment remains above 20 percent – youth unemployment about 50 percent – and the economy has contracted by a quarter since the crisis began. Pensions have been slashed and Greeks are bracing for more austerity, with new, highly unpopular cost-cutting measures set to continue through 2020 at least.

So Greece’s €66 million deal to sell missiles and munitions to Saudi Arabia was considered a much-needed boost for Athens. However, it has sparked a heated political debate and created yet another headache for Prime Minister Alexis Tsipras’ government.

Defense Minister Panos Kammenos, who inked the deal, is under pressure to resign after revelations that he had allegedly used an illegal intermediary to negotiate the terms of a deal between two governments, breaking Greece’s anti-corruption laws. The Saudi-Greek pact collapsed last week in parliament after the Committee on Military Equipment revoked its original vote allowing the pact to go through. The opposition said it had lost its trust in the defense minister, and would vote against any other arms deal brought to the committee.

Kammenos, who is the leader of the right-wing Independent Greeks party, Tsipras’ junior coalition partner, continues to deny the accusations. He says the middle man in question is an official advisor to the Saudi government. But an anti-corruption prosecutor has opened an investigation into the possible wrongdoing.

Alexis Tsipras was only able to build his frail majority – 153 of 300 seats – with the help of the Independent Greeks, who have nine MPs in parliament. So the left-wing prime minister has been left with little choice but to back Kammenos.

A History of Bribes

Greece is no stranger to multibillion-euro arms deals. It is, after all, one of only five NATO members already spending 2 percent of its GDP on defense. But some of Greece’s biggest bribery scandals have been linked to weapons contracts. Just last month, one of the country’s leading defense ministers in the 1990s was sent to jail for 20 years for receiving bribes tied to big arms deals with Russia and Germany.

Even so, the latest agreement has proven especially controversial. Opposition politicians and critics question the legality and ethics behind selling 300,000 105-millimeter shells to Riyadh as the government their continues its bombing campaign against Iran-backed Houthi rebels in Yemen, trapping more and more civilians in the ceasefire.

According to a United Nations report, the Yemen war has sparked the worst humanitarian crisis since 1945. The organization’s humanitarian affairs office reports more than 10,000 people have died, half of them civilians.

Greece’s attempt to sell arms to Riyadh came despite the European Parliament’s vote to impose a European embargo against Saudi Arabia. The overwhelming majority of the parliament voted to institute an EU-wide ban on selling arms to the Saudis due to “serious allegations of breaches of international humanitarian law by Saudi Arabia in Yemen.” EU member states are not compelled to adhere to the parliament’s vote, but the pressure on Brussels to pass a binding decree is mounting.

Despite strong condemnation of the humanitarian situation in Yemen, Greece is certainly not the only one trying to score big in weapons deals with Riyadh. Since the war began three years ago, British companies have sold 5.2 billion euros in arms to the Saudis, waved through by the UK government. Germany, one of the world’s largest arms exporters, has also come under fire for selling tanks and heavy military machinery to Saudi Arabia, and for sealing a deal earlier this year with the United Arab Emirates, part of the Saudi-led coalition in Yemen.

In Greece, even if the anti-corruption prosecutor finds no evidence of a misdeed, Alexis Tsipras is facing an uncomfortable situation: after participating in dozens of anti-war rallies in the past, he may well have to abandon the moral high ground to the opposition.

It is not the first time Kammenos has put Tsipras in a difficult position. In a bid to cling to power, the prime minister has been forced to back his government ally through several scandals. Last summer, telephone conversations between Kammenos and a convicted drug dealer were leaked. Kammenos did not deny talking to the convict. The opposition accused Kammenos of meddling in the affairs of the justice system, but the minister said he was trying to convince the man to cooperate with the prosecutors.

Still, Tsipras has stood behind his defense minister. But as support for the government continues to slide and the opposition climbs in the polls, the prime minister’s handling of this latest flare-up could be an important factor in deciding his future.