The year 2018 marks Angela Merkel’s 13th in power. It could be her unluckiest yet. 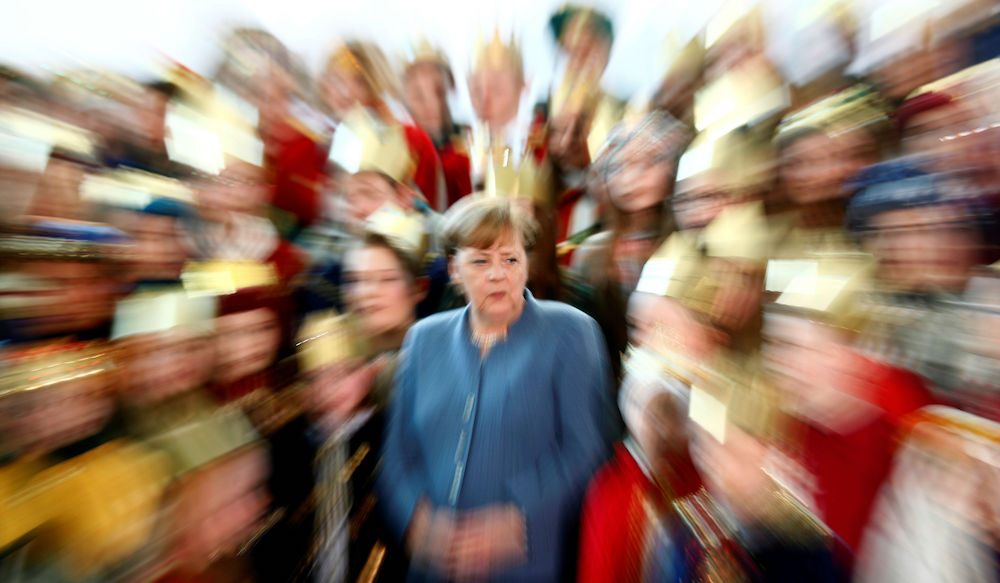 More than 100 days after September’s general election in Germany, Sunday marked the start of Chancellor Merkel’s second attempt to form a new government and secure a fourth term.

Framing the long-delayed talks, she warned in her New Year’s address of a “growing rift” in Germany, between those who see their country as strong and successful and those with concerns of being swamped by immigrants or excluded from society.

“These are the two realities of our country … and both of them motivate me,” she said.

It was a well-timed observation: despite steady economic performance and a record low jobless rate, a representative survey in the national daily Welt found just a third of Germans (36 percent) were optimistic about the future, down from 51 percent in 2014.

The German leader said a priority for her fourth term – if she secured one, of course – would be to rebalance the social market economy, Germany’s postwar model of tying economic success to social cohesion. How she plans to do this looms large over coalition talks in a supposed news blackout. No leaks, no interviews, no tweets. Those were the rules.

The blackout lasted 24 hours while the talks – and German federal politicians’ full pay go-slow – roll on.

If all goes well, the unprecedented interregnum is not likely to end until Easter. Merkel is angling an encore of her last coalition between her center-right Christian Democratic Union (CDU), the more right-wing Christian Social Union (CSU) from Bavaria, and the center-left Social Democratic Party (SPD). They have spent the last four years governing together, but they are deeply wary of each other after voters in September dealt them all their worst results since 1949.

This week’s talks – or, more accurately, talks about talks – are about seeing whether they can find a common basis for formal negotiations in the weeks ahead. After looking like losers on election night, each party is battling to emerge the winner. But not everyone can win and, for the risk-averse German leader, these are tortuous times.

On election night, after a drubbing from voters, a grim-faced SPD leader Martin Schulz vowed to rebuild his party in the opposition. When Merkel’s coalition talks with two other parties collapsed, however, he yielded to party demands for open-ended negotiations. The SPD will have the last word as the party rank-and-file will vote on any agreement to form a coalition government, so Merkel knows she will need to offer substantial concessions to the SPD. They want greater spending on welfare and infrastructure as well as reform of the two-tier health system.

“In education, health, and old-age care and much more, we are not a modern land,” said Schulz ahead of talks.

But SPD plans to loosen Germany’s fiscal belt – financed by taxes on top earners – are unpopular with the rising CDU conservative camp and their beloved balanced budget. They were also spooked by the 12.6 percent scored by the far-right Alternative für Deutschland (AfD), on foot of security fears linked to the refugee crisis. For that reason, CDU right-wingers see security as the only justification for additional spending.

Pressure on All Sides

The CSU also saw disastrous results in September. Meanwhile, the party has closely watched the rise of conservative Sebastian Kurz in neighboring Austria, who sparked controversy after building a coalition government with the Austrian far-right FPÖ. The Bavarian conservatives have copied many of Kurz’s winning policies, and at their annual new year conference, they began flying political kites: tighter immigration controls and expedited deportations of criminal refugees.

That tone has aggravated the SPD, but the center-left knows not to push back too hard against the predominant law-and-order mood, particularly because some voters believe the government lost control of its security in the 2015-16 refugee crisis.

A tougher nut to crack will be Europe. As former European Parliament president, Martin Schulz has made clear he backs French President Emmanuel Macron’s proposals for reforming the EU, pushing deeper European integration with a eurozone finance minister and budget.

Foreign minister and ex-SPD leader Sigmar Gabriel flouted the interview ban to underline the importance of Macron’s reforms for his party.

“It is time Germany answered this,” he told German television, noting his party had a clear position on pushing forward with European integration. “We think it is right to invest more in the EU – in research, development, and education … The CDU/CSU has been quite reserved to date.”

In the coming days, expect to see the SPD press its advantage as Merkel’s last option before the unappealing thought of fresh elections. But also expect spirited resistance from the Bavarian CSU. The party is facing a crucial state election in September, and it can no longer risk appearing soft on immigration to its conservative voters.

This takes us to the greatest question mark: whether the latest coalition talks in Berlin will ever lead to a new government. After nearly 16 weeks, we still don’t know, nor do German voters. According to a poll on Sunday, one in three voters think the current round of talks will fail. And only a narrow majority – 54 percent – think a third grand coalition would be good for Germany. Ambivalence, thy name is Angela.