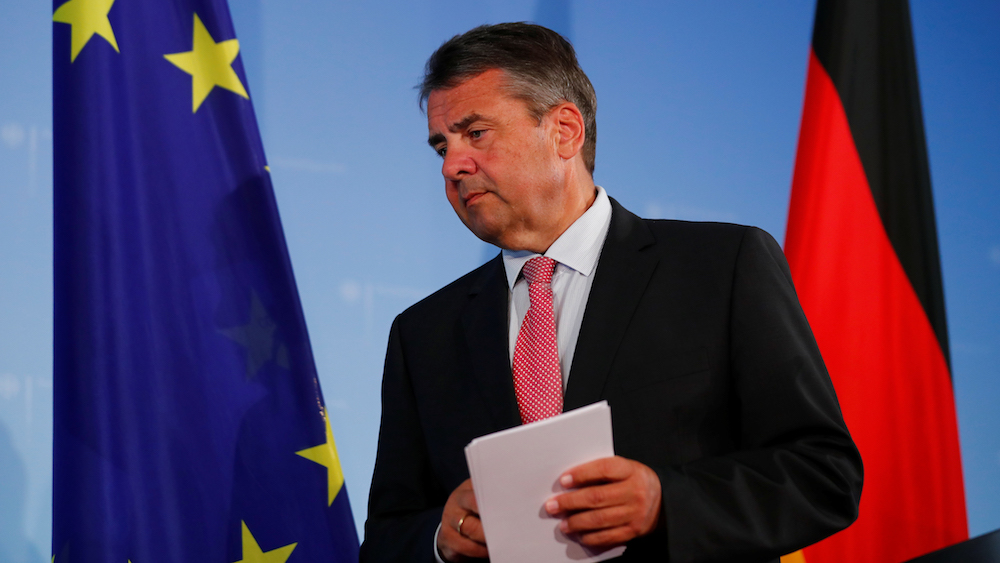 When Sigmar Gabriel spoke at the Berlin Foreign Policy Forum, his audience could be forgiven for having a sense of déjà vu. His call for a more assertive European Union has become almost a tradition, an annual call for renewed foreign policy engagement from Germany and the EU. With the decades-old assumption that the US would play the role of protector “crumbling”, Germany’s foreign minister said the EU – and Berlin in particular – needed to adopt a more energetic role in the world.

“We have to see that either we try to shape this world ourselves, or we will be shaped by the rest of the world,” he said. I have asked a few Berlin officials why Gabriel had flagged, but not explained, what he thinks Germany’s more energetic role in the world should be. Their explanation: with Germany still waiting for a new government after September’s elections, it was no surprise that Gabriel stopped short of being more concrete.

That is this year’s excuse, I thought. What will it be next year?

In my time in Berlin, I have covered my share of German politicians calling for things to be done in the world. Challenge them on why Germany doesn’t do them, or at least contribute more, and often you get an emotional response listing what Berlin is doing. It is often far less than their own ambitious demands of others, but we clearly should be grateful Germany is doing anything at all.

Gabriel urged his Berlin audience – as in previous years – to “describe our own positions and, if necessary, make clear where the limits of our solidarity lie.” As he is the foreign minister, I expected him to do just that: show and tell where Germany’s solidarity limits lie, and why. I’m still waiting.

Instead, sounding like a tired fortune teller, Germany’s chief diplomat predicted that, after Trump, the EU’s relationship with the US would never be the same again. “Germany can no longer simply react to US policy, but must establish its own position,” he said. All that was lacking: Germany’s position.

In a barely-concealed dig at acting leader Angela Merkel, Gabriel said Berlin had to do more to “invest in its own strength and in the unity and strength of the EU.” In particular, he described as “barely tolerable” an EU narrative dominant in Berlin since the eurocrisis that highlights the EU’s cost over its benefits for Germany. “In truth, we are net winners,” he said. “Yes, we pay more taxes to Brussels than we get in subsidies, but in truth our economy only wins through the European area.”

So where, I wonder, are Gabriel and other German politicians when the Bild tabloid or populist Alternative für Deutschland (AfD) wheel out their by now weekly attacks on the EU? Bild and the AfD have embraced the post-eurocrisis narrative of the bloc as a plot against poor German taxpayers. This is poisoning Germany’s European debate and severely curtailing any political wriggle room in Berlin, but no politician has stepped in directly to slap down the tabloid or the populists. Why bother – Sunday sermons are just fine, aren’t they?

Wrapping up, Germany’s chief diplomat heaped praise on the election of French President Emmanuel Macron, author of radical euro reform proposals, as a “stroke of luck of historical dimensions.” By comparison, Germany in the Merkel era had played a “delaying, blocking or even eccentric position” in the EU of late.

“Things stand 10-0 to France, but it shouldn’t remain that way,” he added a week later. Instead of owning up to the SPD’s contribution to this yawning gap – ruling for all but four years since 1998 – Gabriel had not even one idea in his speech to even up the score.

Perhaps we should be grateful. Like many Germany politicians, when Gabriel does present ideas for Europe he rarely explains how they could and should be implemented. For years as economic minister, for instance, Gabriel argued that the eurozone’s “Stability and Growth Pact” was lopsided, with too much focus on stability and fiscal concerns. He made an interesting call for the euro to be equipped with an added social dimension to temper the pursuit of balanced budgets with social cohesion concerns. It was an interesting idea, but lacked a concrete “how” – and, after being recycled a few times, vanished from view.

Last week it was the turn of Gabriel’s successor as Social Democratic Party (SPD) leader Martin Schulz. In a speech to party delegates heavy on pathos but tellingly light on detail, Schulz called for a United States of Europe by 2025. Great, Martin: how? Announcing is not the same as presenting a road map or, heaven forbid, delivering.

Europe is waiting for a new German government to finally get to work. But with this bunch in Berlin, it will be a long time before this country gets down to the real work of spelling out what it is prepared to do – or sacrifice – to help stabilize an increasingly uncertain world.