The Harmel Report, released at the height of the Cold War, laid out a blueprint for NATO’s role in Europe and its relationship with Russia. The approach is useful today. 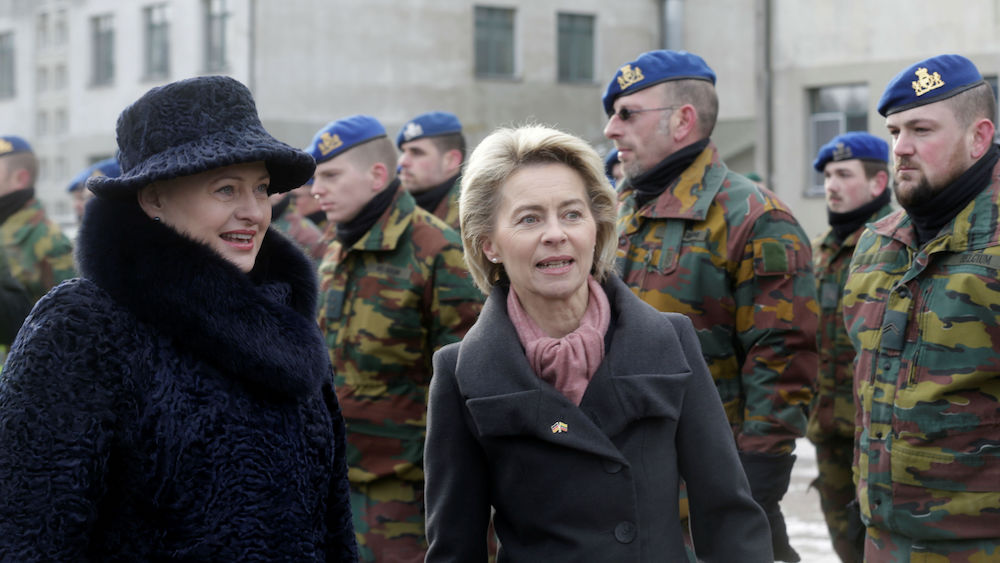 The stakes were high in the late 60s. The Soviet Union posed a threat to the entire transatlantic community, and maintained a tight grip on the countries of the Warsaw Pact. France, under President Charles de Gaulle, had withdrawn from NATO’s integrated military structure in 1966. German reunification seemed unattainable for the foreseeable future, and Bonn was concerned that the Western powers might opt for a détente with the Warsaw Pact countries on the basis of the German status quo. Henry Kissinger famously described the transatlantic Alliance as a “troubled partnership” whose relevance was in doubt.

In December 1967, in the midst of this particularly challenging period at the height of the Cold War, NATO adopted a report on “The Future Tasks of the Alliance” at the initiative of then-Belgian Foreign Minister Pierre Harmel. The Harmel report, as it came to be known, represented a major conceptual breakthrough for the Alliance. First, it asserted a twofold political goal for the alliance: NATO would work to both overcome the division of Germany and achieve a just and stable order for the whole of Europe. Second, the report envisioned a method to achieve both goals, essentially a dual-track approach based on military strength and sufficient defense capabilities on the one hand and dialogue to achieve political progress on the other.

For the first time in its history, NATO was defined as a political-military alliance with a genuine coordinating function in shaping détente. The Harmel report stressed that “military security and a policy of détente are not contradictory but complementary,” broadening NATO’s approach to security to include a political-diplomatic dimension.

These key elements of the Harmel report became a kind of unofficial doctrine for West Germany’s foreign policy. Germany’s Ostpolitik both influenced the dual-track approach and benefited from it; without NATO’s “adequate military strength and political solidarity,” emphasized in the Harmel report, it would not have been possible to make incremental steps toward rapprochement with Eastern Europe. And vice versa, without credible and meaningful diplomatic efforts by the allies to reduce tensions and to rebuild trust, the political will for defense investment and unwavering solidarity expressed in Article 5 of the Washington Treaty might have been weakened.

The Harmel report paved the way for initial talks about conventional arms control, as well as for the Conference on Security and Cooperation in Europe (CSCE) and the Helsinki Final Act in 1975. NATO’s “double-track” decision of December 1979, although highly controversial within Germany at the time, is another case in point demonstrating the dialectic of the Harmel method – simultaneously searching for dialogue and negotiating from a position of strength.

The world today looks very different than in the times of the Cold War with its bipolar structure. Nevertheless, the Harmel method is still relevant for the Alliance as it deals with the complex security challenges on its doorstep. With the illegal annexation of Crimea and the destabilization of the Donbas region, Russia has undermined the European security architecture that it committed to when it signed the Charter of Paris for a New Europe in 1990. Russia’s expansion of its military, its shortfalls in implementing arms control agreements, and its hybrid activities are further causes for concern.

NATO has responded to these challenges, and it has done so in the spirit of the Harmel report, combining deterrence and dialogue, collective defense and cooperative security. At the Warsaw summit in 2016, NATO decided to pursue a strategy of enhancing defense capabilities on the one hand and being open to dialogue on the other. Since then, a package of measures has been implemented to improve NATO’s deterrence and defense capabilities – e.g. by establishing an enhanced forward military presence in the Baltic states and Poland, as well as a tailored forward presence in Romania, Bulgaria, and the Black Sea.

These presences, which include the German-led multinational battalion in Lithuania, demonstrate that in a crisis the Alliance will engage as a whole. At the same time, NATO has made sure that the scope and scale of this new military presence is in line with its defensive nature and does not contravene the NATO-Russia Founding Act.

Furthermore, NATO remains open to dialogue. The NATO-Russia Council, which had been suspended in the immediate aftermath of the annexation of Crimea, reconvened in May 2016 and has since met five more times. These meetings provide an important opportunity to openly exchange views on difficult and controversial issues, such as the situation in Ukraine, and raise concerns regarding Russia’s role. The NATO-Russia Council also offers an appropriate framework to discuss issues of common concern, such as risk reduction and transparency. Reciprocal briefings, e.g. on exercises, can help to create more predictability in order to prevent incidents or accidents that might otherwise lead to dangerous unintended escalation. Following a discussion on air safety in the NATO-Russia Council, an expert group including experts from Baltic Sea states identified best practices and recommended measures to enhance air safety over the Baltic Sea.

Dialogue of this kind by no means represents a return to business as usual. Military and political cooperation between NATO and Russia remains suspended. There is a clear consensus within NATO that normalization of relations will not be possible as long as Russia maintains its position on the Ukraine conflict and does not implement the Minsk agreements. But at the same time, it is obvious that the current deep crisis of the European security architecture cannot be overcome by just enhancing defense capabilities. It will require political efforts to incrementally re-establish a security order based on OSCE principles and commitments. To get there, we need to continue the dialogue, as difficult as it may be – but we also need Russia to change its behavior.

On the Way to the 2018 Brussels Summit

In the coming months leading up to the next NATO summit in July 2018, the Alliance will focus on further adaptations in line with the Harmel logic. These will specifically involve reforming NATO’s command structure, which has to properly reflect the dramatically altered and more complex security environment as well as the Alliance’s renewed focus on collective defense. Further work is also required to create the conditions for rapid deployment in the framework of a sustainable reinforcement strategy.

NATO also needs to fill its capability gaps. This will take time, and it will require that sufficient funds be made available. The Defense Investment Pledge agreed at the NATO summit in Wales is an important cornerstone in this respect. It is a good sign that the European members of NATO (and Canada) increased their defense spending by 3.8 percent in 2016 and an estimated 4.3 percent in 2017, while Germany has increased its defense expenditure by more than 13 percent since 2014. Even more important than the mere budget figures is the will to develop the necessary capabilities and contribute to operations.

Dealing with the political dimension of the NATO-Russia relationship will be another key task in the run-up to the 2018 summit. Meaningful and periodic exchanges with Russia within the NATO-Russia Council remain necessary. In light of an increase in troop deployments and the frequency of military exercises, miscommunication poses a potential threat to security and stability in Europe. In order to reduce risks and enhance transparency, functioning lines of military communication between Russia and NATO are necessary. Initial contact has been established between the Chairman of NATO’s Military Committee, SACEUR, and the Russian Chief of Defense; more steps of this kind need to follow. The Structured Dialogue within the OSCE provides another forum to discuss threats to the Euro-Atlantic security order.

The Necessity of Unity

Never since its inception has NATO undergone such far-reaching changes in such a short period of time. Since the watershed moment of 2014, the Alliance has been undertaking its biggest effort in collective defense since the end of the Cold War: European allies have turned the corner on defense spending, the Alliance is committed to projecting stability beyond its borders, and it is adapting to new threats such as cyber and hybrid attacks.

But we must not forget that there is major unfinished business left over from the times of Harmel. The Harmel report stated that “the ultimate political goal of the Alliance is to achieve a just and lasting peaceful order in Europe accompanied by security guarantees.” Fifty years after the adoption of the Harmel report and 27 years after the end of the Cold War, this goal seems more and more elusive. To bring it back within our grasp, we need to heed the lessons of the Harmel report, safeguarding necessary defense capabilities and pursuing diplomatic efforts to defuse tensions at the same time. Choosing only one while neglecting the other would not only thwart our efforts to re-establish the Euro-Atlantic security architecture; it would also undermine our credibility.

Implementing such a strategy will require strong political will and unity within the Alliance. Demonstrating both will be a major task for the next NATO summit in July 2018. As we go through a time of transition on both sides of the Atlantic, there is ample reason to remind ourselves that the strength of the Atlantic Alliance always relied on shared values and common interests between the North American democracies and Europe. And it relied on the ability of NATO’s nations to agree on, pursue, and implement a long term strategy. The dual-track approach based on the Harmel method needs to be part of this. Only if the Alliance demonstrates this strategic sense of common purpose will it be able to operate effectively and protect our countries and our people.