The European Parliament has rejected the Hungarian and Romanian commissioner nominees, and the Polish nominee is in serious trouble. With confirmation hearings only halfway through, Ursula von der Leyen’s carefully-crafted team is already unraveling. 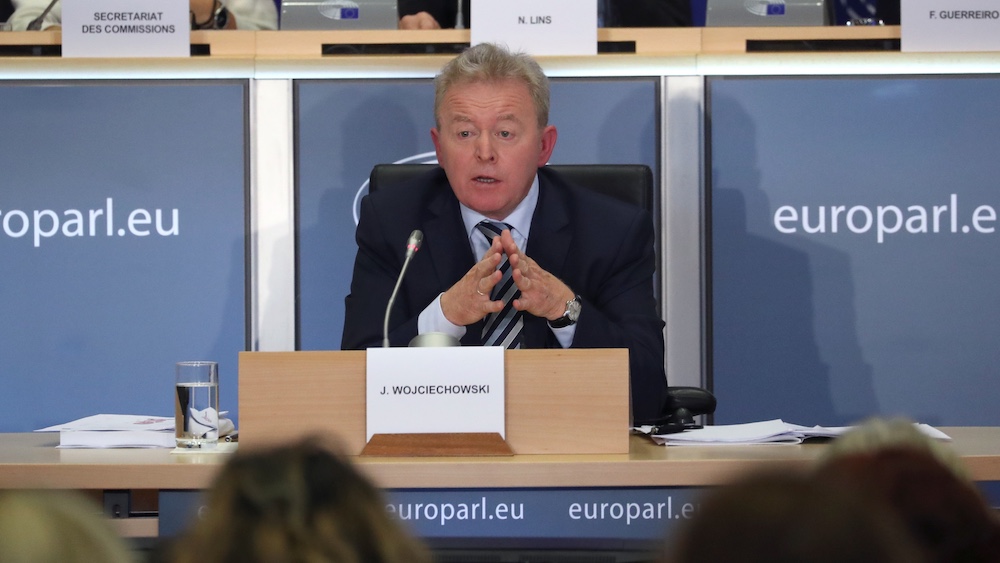 In national parliaments confirmation hearings for government nominees are often more about theater than substance. The European Parliament is no different, and this week has already seen its fair share of drama in Brussels.

Before she can take office on November 1, incoming European Commission President Ursula von der Leyen must have her entire team of 26 commissioners approved by the European Parliament. And historically, at the start of each term MEPs like to reject one nominee in order to flex their muscles.

Given the humiliation the parliament suffered in July over the failed Spitzenkandidaten process, it was clear from the start that MEPs would be out for more blood than usual this year. But nobody predicted that the parliament would reject two candidates even before the hearings began.

Last week the legal affairs committee exercised its new powers for the first time by finding that Romanian nominee Rovana Plumb and Hungarian nominee László Trócsányi had too many conflicts of interest to even have a hearing. This in turn prompted an angry response from MEPs not on that committee, feeling robbed of their chance to grill the nominees. Power games all around.

The parliament’s leadership asked the committee to reconsider and vote again, and when it again rejected the two nominees, Budapest and Bucharest begrudgingly withdrew them. Hungary’s Viktor Orbán has nominated career diplomat Olivér Várhelyi as a replacement, and Romania’s embattled prime minister Viorica Dăncilă, barely clinging on to power at home as she faces a no-confidence vote, has issued von der Leyen an ultimatum.

She has nominated a man, Romanian MEP Dan Nica, as a replacement – knowing full well that this will upset the impressive gender parity ratio von der Leyen was keen to trumpet when she announced her commissioners earlier this month. She has floated a second name, Gabriela Ciot, but said she will only put her forward if Hungary puts forward a woman also. It isn’t entirely clear what she’s playing at, but there are likely discussions happening now between her, von der Leyen and Orbán that could involve a portfolio swap. Hungary was supposed to be getting the enlargement portfolio, while Romania was to get the transport portfolio.

The confirmation hearings started in Brussels on Monday, and on day two Poland’s nominee Janusz Wojciechowski, slated to become the new agriculture commissioner, ran into trouble with the parliament’s agriculture committee. MEPs said he did not seem to have adequately prepared, that his answers were vague and garbled, and that he contradicted himself during the hearing in an effort to agree with every MEP questioning him.

Even without the poor performance on policy issues, there was a question mark over Wojciechowski. He is part of Poland’s governing Law and Justice party, accused of dismantling democratic institutions and disrespecting the rule of law. He is also under investigation by the EU’s anti-fraud office for misuse of funds while he was an MEP.

To make matters worse, his party is not in any of the Parliament’s main political groups but instead in the much unloved European Conservatives and Reformists, the breakaway group created in 2009 by David Cameron. It is currently the second-smallest group in the parliament, with only the far-left being smaller. While the Hungarian nominee benefits from being part of Angela Merkel’s European Peoples Party, the largest group in the parliament, the Polish nominee has no such protection.

From his face, it was clear Wojciechowski knew he was in trouble at the end of his hearing, when committee chair Norbert Lins asked MEPs for a round of applause and was met with silence in return. At a minimum, it appears he will be brought back for further questioning. But some MEPs are already saying they will vote against him, which would mean Poland has to nominate someone else. This is already Warsaw’s second nominee. The government originally put forward Krzysztof Szczerski, the head of President Andrej Duda’s cabinet, but he withdrew following a meeting with von der Leyen for reasons that are still unclear.

The confirmation troubles are part of a larger EU problem of under-representation for Eastern Europe at the start of this new term. Already in July, when the EU’s five top jobs were awarded to a German, a Belgian, a Spaniard, an Italian, and a Frenchwoman, it did not go unnoticed that this completely excluded Eastern Europe—a notable absence after the council presidency of former Polish prime minister Donald Tusk. With von der Leyen promising to make Dutchman Frans Timmermans and Dane Margrethe Vestager “executive vice presidents” in a deal to secure conformation by the European Parliament (they were both Spitzenkandidaten), the Western orientation of the new EU leadership was starting to look obscene.

Von der Leyen appointed a third executive vice president – Valdis Dombrovsksis from Latvia, saying at her press conference that this would rectify the situation and provide geographic balance. But many have noted that Dombrovskis has a much smaller role than the other two deputies, and fewer staff. And some in the “Visegrad Four” (encompassing Poland, Hungary, the Czech Republic, and Slovakia) have grumbled that the Baltic states shouldn’t count toward meeting an Eastern Europe quota.

With the core Eastern states being made to field new, more technocratic commissioner nominees, their influence in this commission will decrease even further. This comes at a time when nationalist parties unfriendly toward the EU have powerful voice in the East.

On the third day of hearings, two western nominees with potential corruption problems—Belgium’s Didier Reynders and France’s Sylvie Goulard—faced some difficult questions. But MEPs appeared reassured about the allegations against Reynders, given that a Belgian prosecutor has mostly cleared him of fault. And Goulard, who was interviewed by French authorities for potential ethical lapses while she was an MEP, may be protected by her alliance with Emmanuel Macron. Reynders and Goulard are part of Macron’s liberal Renew Europe group, the third-largest in the parliament. MEPs may not be keen to pick a fight with the French president.

And so once again the European Parliament has set its crosshair on Eastern nominees as the sacrificial lambs of the confirmation process. Last time around, in 2014, in was the former Slovenian prime minister Alenka Bratušek who was rejected. This time, it may be three nominees from the east.

The geographic disparity may just be an unfortunate coincidence. But at a time when politics in Eastern Europe are become increasingly hostile toward the EU and liberal democracy in general, it’s not a great look.