At home, Emmanuel Macron has survived the Yellow Vests crisis and launched the “second act” of his presidency. Meanwhile, the changing of the guard in Brussels offers him the chance of a new beginning in Europe. The Elysée feels the arc of history may finally be bending its way. 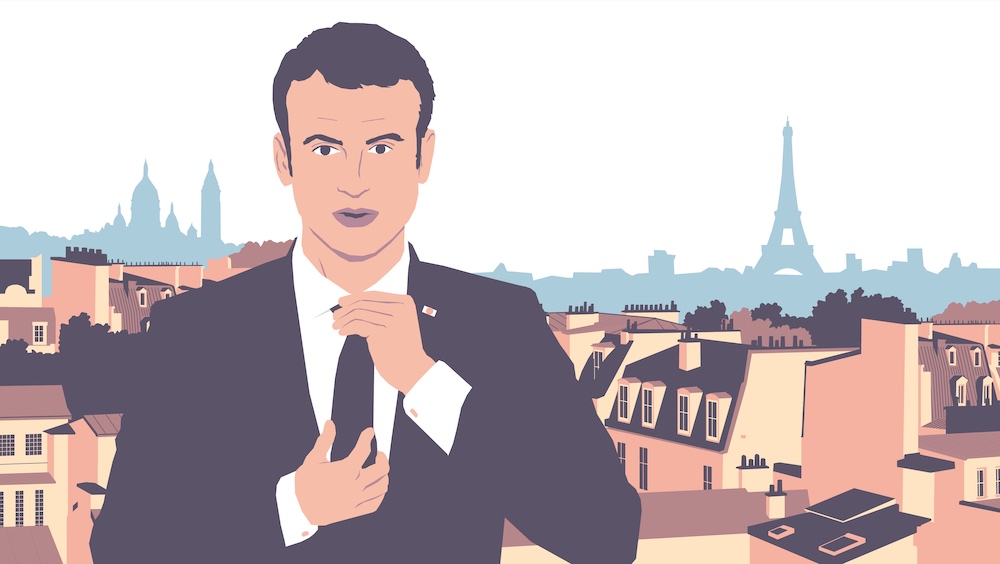 Emmanuel Macron is not known for selling himself short. At the moment he is openly relishing having won the EU top jobs game—the French President has dealt himself a promising hand for future poker rounds in Brussels.

In fact, this is not just a good hand but a royal flush.

The king card is Ursula von der Leyen. The President-elect of the European Commission is a proven pro-European who knows she owes her promotion to the Elysée Palace. The queen is Margrethe Vestager. The “US giant slayer” sits atop the competition portfolio and will keep up the pressure on monopolistic internet giants and corporations seeking undue tax advantages.

Paolo Gentiloni is the jack. The Italian is set for the economic policy portfolio and will supervise the application of the EU’s fiscal rules. This is crucial for France because at the height of the Yellow Vests protests, Macron boosted spending and dropped his goal of achieving a balanced budget by the end of his term in 2022. He can count on Gentiloni to show him some leniency here.

The ace is Sylvie Goulard. As internal market commissioner, Macron’s close ally will drive the EU’s industrial strategy offensive and regulate the digital economy. Moreover, she will also oversee the implementation of the European Defense Fund. So far, the fund is Macron’s only EU success with a potentially significant fiscal dimension. France’s aerospace and defense industry hopes to benefit. In Paris, there is a sense of awe at how Macron managed to include both the single market and defense in the Frenchwoman’s portfolio.

Moreover, von der Leyen’s policy program includes a series of French evergreens, such as a eurozone budget and an EU-wide tax for the likes of Google. She has ordered a strengthening of the EU’s trade defense measures and will insist on reciprocity when it comes to opening up Europe’s public procurement markets. The former German labor minister also vows to introduce a common minimum wage framework that could lead, à terme, to an EU-wide unemployment (re-)insurance scheme.

Work To Do in the Council

While the French President has clearly won the battle over the Commission’s future policy priorities, it may still turn out to be a hollow victory. Macron remains the only European head of state that has articulated a comprehensive vision for the EU in a series of speeches. That the notoriously pro-integrationist European Parliament and Brussels machinery are closely aligned with his vision of a “European Renaissance” is no surprise.

But to get any of his landmark projects over the line, Macron ultimately needs his counterparts in the European Council on board. So far, most leaders have preferred to let Macron speak and enjoy the limelight, rather than take the stage themselves and truly engage with him. Some of them have reservations about Macron’s ambitions.

Paris does hope, however, that the tide is turning. The political and the macroeconomic picture—above all in Germany—has changed and is opening avenues to French ideas.

First, climate change has risen to become the preeminent theme. For Angela Merkel’s CDU/CSU and the SPD, the centrist parties governing in Berlin, the Green surge has become the primary electoral concern. However, addressing climate change ultimately requires greater state involvement in the economy and investment. For the German government, it is becoming increasingly difficult to justify clinging to the Schwarze Null. To use late President Jacques Chirac’s metaphor: When the house is burning, firefighters don’t worry about running up the water bill. Paris follows the German debate about deficit spending with great attention. It has not gone unnoticed that some SPD leadership candidates and now even former CDU finance minister Wolfgang Schäuble are proposing to revise the debt brake.

Second, Germany is about to enter a recession. This is no good news for France, which exports more goods across the Rhine than to anywhere else. But it nourishes hopes in Paris that the slowdown might prompt Berlin to reconsider some of its traditional policy stances.

After years of resistance, German banks and the finance ministry are warming to the idea of Europeanizing the hitherto national bank deposit insurance schemes. With the country’s two largest banks in a fragile state, completing the banking union could play also to Germany’s advantage. Moreover, the reform would open the possibility of a European merger for Deutsche Bank or Commerzbank. Berlin prefers this to the idea of an American takeover.

Finally, Macron has another ace up his sleeve: Christine Lagarde. She guarantees a continuation of the European Central Bank’s ultra-lax monetary policy. As long as the eurozone’s fiscally conservative countries do not change course, Paris can at least rely on record-low interest rates and run profit-yielding deficits.

In 1986, the need to revive growth and the (neo-)liberal wave provided fertile ground in which the EU leaders could pass the Single European Act. It represented a giant leap of integration, truly transforming the union into one single market as discussed by the Austrian economist Friedrich Hayek in a remarkable 1937 essay.

Today, with Europe once again looking for growth, the climate imperative may provide the springboard for the EU to take another leap forward. And this time in a fashion more closely aligned to France’s economic philosophy—one that favors investment over savings and a voluntarist over the night-watchman or ordoliberal state.

Above the Elysée, the stars seem to be aligning. A pro-EU government is back in power in Rome. Budapest and Warsaw are isolated, and their economies still very much depend on EU fiscal transfers. Macron wants to move fast. But in poker, when you have good cards, you maximize your win by slightly understating your hand. Macron has reason to be grinning again, but he should also practice his poker face.