Italy ushered in a new era this week after its two anti-European camps overcame their differences. But with a novice tasked with cobbling together the country’s first populist government, questions are already being raised over its durability. 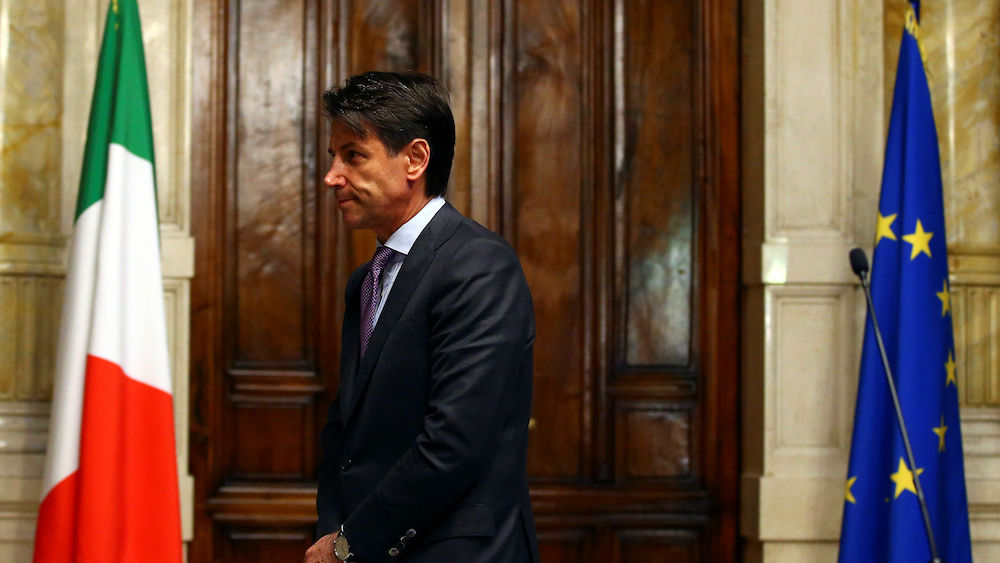 Giuseppe Conte, a 53-year-old lawyer and professor, was an unknown on Italy’s political scene—until Monday, that is. He was thrust into the spotlight when Luigi Di Maio, leader of the anti-establishment Five Star Movement (M5S), and coalition partner Matteo Salvini, who heads up the far-right Lega (“League”), nominated Conte to steer their “government of change” as prime minister.

The decision to nominate a complete political novice as premier was unprecedented, but then these are unprecedented times for complex Italy: Almost three months of political wrangling, two former rivals not only buried their significant differences but also united in their determination to break from the status quo for good.

After Conte survived scrutiny over his credentials—he was accused of embellishing his university studies on his CV—president Sergio Mattarella handed him a mandate to form a cabinet and start putting the new government’s program in place. That program includes a list of pricey fiscal pledges, with both a flat tax and an universal basic income, as well as a raft of hardline policies against illegal immigrants. The policy document, titled “Contract for the Government of Change,” also calls for sanctions against Russia to be withdrawn, EU treaties to be renegotiated, unauthorized Roma camps and mosques to be shut down, and imams to be registered.

More than 90 percent of supporters from both the M5S and Lega backed the program, leaving Mattarella little choice but to ratify a government that many analysts believe will leave the eurozone’s third-biggest economy in peril and immigrants more vulnerable.

“The voters of these two parties are very happy because they are in power, so there won’t be any rebellion from them. The parties were out to grab power and they grabbed it,” said Mauro Calise, a politics professor at the University of Naples Federico II.

Conte’s path to the premier’s office could still be derailed, however, by President Mattarella’s strong reservations over the coalition’s pick for finance minister: Paolo Savona, an 81-year-old economist who wants to pull Italy out of the euro.

Meanwhile Salvini, whose popularity has mostly been built on xenophobic rhetoric, is likely to land the role of interior minister while Di Maio, a former waiter, is tipped to be minister of labor.

If Conte manages to overcome the cabinet challenges, his government will then face a vote of confidence in both houses of parliament.

Salvini and Di Maio both campaigned on a highly euroskeptic platform, and they have continued to challenge the EU since Italy’s March election. Yet in his first public address on Wednesday, Conte moved to allay fears in Brussels by saying that Italy would indeed stay in the EU.

Even so, in keeping with the two parties’ populist rhetoric, he also pledged to be the “defense lawyer” of the Italian people and protect their interests in Europe and abroad.

“[The speech] was a tool to demonstrate that the government would not be an adversary of European and international institutions, but you can find every element of populism in his discourse as well,” said Massimiliano Panarari, a politics professor at Rome’s Luiss University.

“What does Conte mean when he presents himself as a ‘lawyer of the people?’ It’s very artificial. He also has the problem of demonstrating to his political stakeholders—Di Maio and Salvini—that he will be close to their political desires and narrative.”

With Salvini and Di Maio pulling the strings, it is unlikely that Conte will have much influence. Mauro Calise, the politics professor from Naples, pointed out that Conte may be an expert in law, but those are not necessarily the skills he’ll need as prime minister.

“It’s not so much a matter of experience, which is important, but political autonomy. Conte has been put there from out of nowhere by these two leaders simply because neither one could agree on the other being prime minister—that’s the only reason he is there. It’s a mess,” added Calise.

Deep in the Red

The government will be under pressure to deliver the financial incentives promised to an austerity-weary electorate during the campaign. But with Italy’s public debt at more than 130 percent of GDP, there will inevitably be clashes with the EU.

The first key fiscal test will come in September, with the unveiling of an updated economic policy plan, followed by the drafting of the 2019 budget in October. Both will need approval from Brussels.

“Given the very limited margins available to the government on fiscal policy, the stringent EU deficit reduction requirements, and the fragile state of Italian public finances, even limited fiscal slippage could risk creating a conflict with the EU and undermining market confidence,” Federico Santi, an Italy analyst at Eurasia Group, wrote earlier this month.

In that respect, the government’s longevity will very much depend on how its navigates the financial challenges over the next six months.

“At the beginning they’ll try to make things smooth and not be too aggressive,” said Calise. “Europe will also be very cautious—they don’t want the Italian situation to explode. But once the honeymoon period is over and tough decisions need to be made, that’s when the difficulties will arise.”

If Conte succeeds in installing a government, then pundits forecast it faltering within a year. In that case, Di Maio and Salvini would inevitably eschew responsibility before readying themselves for new elections—and put the blame for any failures squarely on Conte. So even as concerns over the new Italian government run deep in Brussels, it might not be around all that long.

“This government is unlikely to prove stable in the medium-term,” Santi wrote in his note. “The two parties’ ideological differences, the challenges they will face given the limited fiscal space available, and the fact that the ‘mainstream’ parties’ retreat makes M5S and Lega natural rivals are all likely to create friction between them going forward. This creates a latent risk of early elections, possibly as early as Spring 2019. In any case, this government is unlikely to last a full five-year term.”