On June 24 Turkish people will go to the polls, 18 months earlier than expected. While President Recep Tayyip Erdoğan remains the most likely winner, the short campaign period has already changed the political landscape in unprecedented ways. 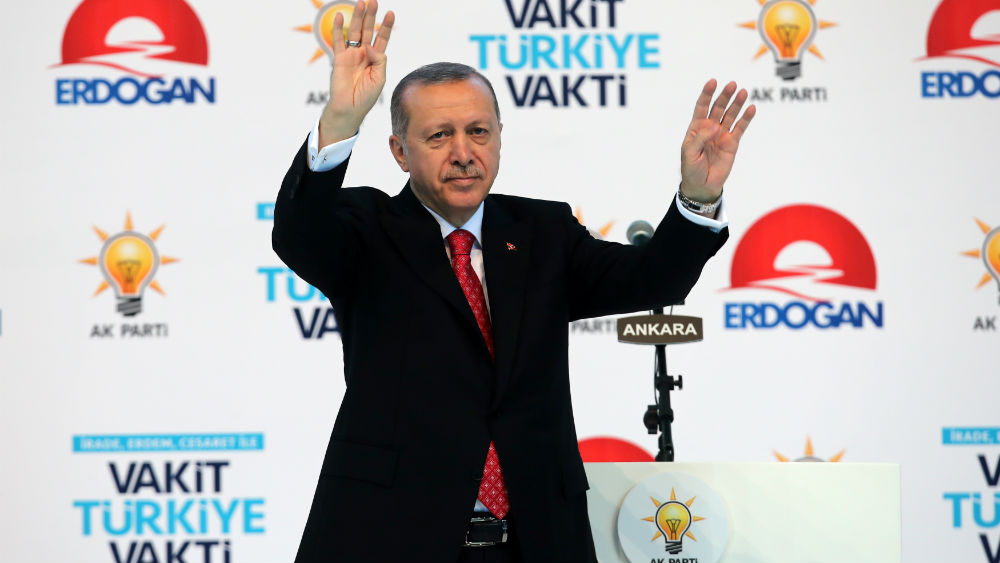 Much has been made of the importance of Turkey’s elections in a month’s time—and for good reason. For the first time, Turks will vote for president and parliament on the same day. And for the first time, the winner of the presidential election will enjoy extensive executive powers.

In January 2017, Recep Tayyip Erdoğan’s ruling AKP party won a vote in parliament to transform the largely ceremonial presidency into a powerful executive one. Then in April 2017, the Turkish electorate approved the change, albeit by a narrow margin (51-49 percent), in a referendum tainted both by accusations of ballot-stuffing and by the Yes camp’s abuse of state resources and domination of the media. The new powerful presidency will go into effect after the June 24 vote—if Erdoğan wins, he will have the power to appoint unelected vice-presidents, place judges in the highest judicial board, and issue legally binding decrees.

In a sense, the elections can be considered the last chance to derail one-man rule in Turkey.

Until recently, Erdoğan had categorically ruled out an early ballot, so he surprised voters and opponents alike when he called snap elections a year and a half ahead of schedule. It was a hasty move likely meant to blindside the opposition parties, who for the most part hadn’t even chosen their presidential candidates. It also serves to secure his power amid growing discontent over Turkey’s growing economic crisis. Inflation is soaring, the Turkish Lira has fallen to a record low, and national debt is ballooning. Erdoğan risks losing more votes if the trend continues.

Another key factor is Turkey’s involvement in Syria and Iraq, where Ankara has intervened to fight so-called Islamic State militants and Kurdish paramilitaries. In March, Turkish forces took control of the Syrian border-town Afrin, a Kurdish enclave. This drew condemnation from Germany, among other countries, but was widely popular among Turkish nationalists and led to growing support for Erdoğan’s coalition with the far-right Nationalist Movement Party, or MHP. The president wanted to cash in on that popularity at the ballot box, and the sooner the better.

The upcoming elections are extraordinary, even for a country with a political history as troubled and tumultuous as Turkey’s. For starters, one of the main opposition leaders, the presidential candidate of the left-wing pro-Kurdish People’s Democratic Party (HDP) Selahattin Demirtaş, is the first presidential candidate in Turkish history to be running for office while in prison. The former co-leader of the HDP was arrested in November 2016 for alleged links to Kurdish militants.

Demirtaş and his supporters have denounced the upcoming elections as the most unfair in Turkish history. Erdoğan’s AKP controls most of the media in Turkey, and his rivals practically don’t exist in these government-controlled news outlets. Erdoğan, meanwhile, is not only omnipresent on the national public broadcaster TRT, but also on most private TV stations. Then there is the state of emergency that was introduced right after the 2016 coup attempt and has enabled the arrest of thousands of opposition figures and supposed conspirators; it was just extended for the seventh time, making it even harder for the opposition to campaign freely.

And yet, Erdoğan and the AKP can’t be sure of a win. Polls reveal that Turkish society is more divided than ever. Frustration is growing, especially among young people. More than four million first-time voters will be participating in the election—Erdoğan likes to call them the “AKP-generation”—but enthusiasm among his younger followers is dwindling.

Meanwhile, the state of emergency and difficult campaign conditions have produced unusual partnerships. The so-called “Alliance for Democracy” has been formed, an unprecedented coalition between the secular Republican People’s Party (CHP), the largest opposition party and a long-standing rival of Erdoğan’s AKP, the Islamist “Felicity Party” (SP), formed by Erdoğan’s old allies, the rather insignificant Democrat Party (DP), which has not managed to overcome the 10 percent parliamentary threshold in Turkey since its founding in 2007, and the “Good Party” (İyi Parti), a liberal-conservative and nationalist group led by Meral Aksener, a former interior minister and the first woman in Turkish history to run for president. Her party, only formed seven months ago, has gained popularity so fast that some observers believe it’s another reason for the early elections.

Not much unites these parties other than their disdain for President Erdoğan and their calls for more freedom of speech. In fact, these unlikely allies were only able to form a coalition because of a new law that Erdoğan himself recently introduced to allow his AKP to join up with the far-right MHP.

The unusually strong opposition might make things harder than expected for Erdoğan. According to recent polls, he might not reach the necessary 50 percent plus one vote that he needs for a straight win. A run-off ballot on July 8 seems increasingly likely.

It remains unclear which opposition candidate would compete in a run-off against Erdoğan for the presidential post. Will it be CHP’s candidate Muharrem Ince, a party veteran known for his sharp anti-Erdoğan rhetoric? Or İyi Parti’s Meral Aksener, whose success stems from the fact that she is religious and conservative but also secular enough to not wear a headscarf. What Ince and Aksener have in common is that they are both fairly unpopular with Kurdish voters, who could tip the scales. Enter Selahattin Demirtaş, the jailed Kurdish presidential candidate. The other opposition parties have excluded him and his pro-Kurdish HDP from their alliance, but they will need his support in order to spoil Erdoğan’s plans.

In the end, Erdoğan’s financial and political advantage will more likely than not help him win these elections, too. But the campaign period has already changed the political landscape of the country in unprecedented ways.