It is too easy for individual member states to block EU sanctions or diplomatic statements. Extending majority voting to foreign policy would encourage greater unity. 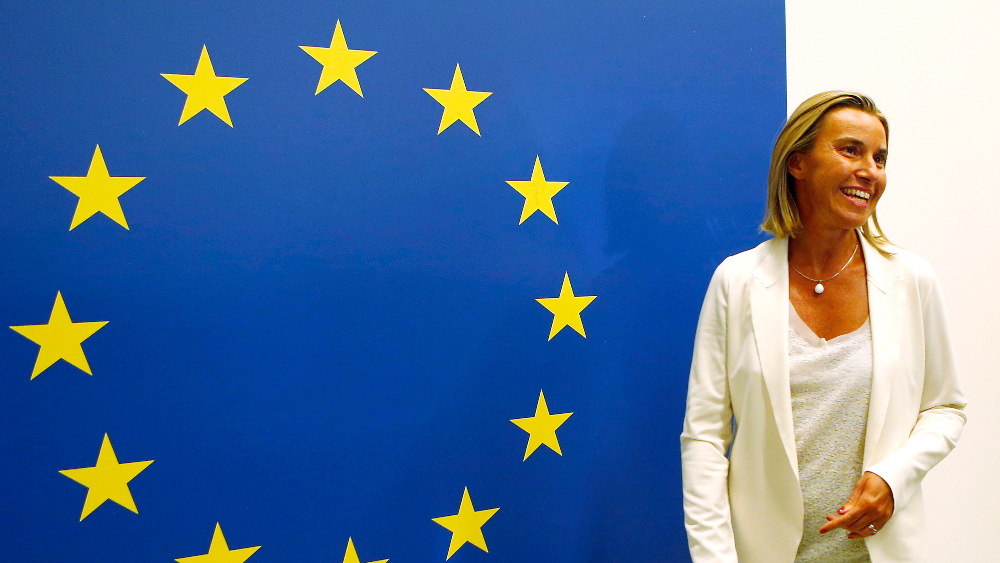 At the European Council in Sibiu, Romania, this week, European Union leaders will discuss the strategic agenda for the next five years. At last, discussing how to reform EU foreign policy is squarely on their agenda. The return of power politics has shaken the very foundations of the EU and must provide the impetus for leaders to think about how to make the EU more assertive and effective in defending its interests on the global stage.

The challenges to EU foreign policy are not just external. Internally, the EU is chronically divided on foreign policy issues. France recently blocked the EU from condemning Khalifa Haftar’s offensive in Libya, while Italy vetoed a common statement on the crisis in Venezuela. The EU also has no collective policy towards China, Russia, and the Middle East.

Some of these divisions stem from conflicting national interests and a lack of strategic thinking about common European interests. Creating a European Security Council, as recently proposed by Ulrich Speck in a Berlin Policy Journal article, could help. But in many other cases, the unanimity requirements make it very difficult to agree on a common foreign policy. The European Commission therefore proposed, and France and Germany committed to exploring, moving from unanimity to Qualified Majority Voting (QMV) in the Common Foreign and Security Policy (CFSP).

In most policy fields, the EU makes decisions by QMV: 55 percent of member states representing at least 65 percent of the total EU population must vote in favor of a proposal in order for it to pass. However, there are several important policy fields where unanimity is required, including EU membership, EU tax law, the EU budget, and foreign policy. When it comes to CFSP, every member state has a veto and consequently the power to water down agreements, delay decision-making, or thwart a common policy altogether. The veto power also makes the EU’s foreign policy vulnerable to rival powers, as they know they only need to sway one member state to undermine the entire bloc.

If QMV were to be introduced, it is likely that CFSP would follow the trajectory of other policy areas where QMV already applies: in fact, voting rarely takes place as most decisions are still made unanimously. The crucial difference is that decisions would then be reached in the shadow of the vote rather than of the veto. In other words, member states who hold the minority view on an issue would have an incentive to intensify their negotiation efforts, build alliances, and contribute to achieving an agreement that takes their concerns into account—rather than simply blocking progress. Decision-making would be quicker and more ambitious as a result. Extending QMV would also help shield the EU’s foreign policy from the pressures of third parties. Foreign powers like China would have to win over at least four states to form a blocking minority.

Still, some argue that foreign policy is too sensitive to be integrated any further by moving decisions to QMV. Of course, it would be unimaginable (and illegal in the current treaty framework) to decide to deploy combat troops by QMV. The most important decisions within the remit of CFSP involve sanctions. But voting on sanctions would not be more consequential than other policies, such as trade negotiations or selecting the President of the European Commission, that are already subject to QMV.

Others also rightly point out that unanimity requirements have not prevented the EU from imposing sanctions on, say, Russia. But that does not refute the argument. For one, sanctions regimes would likely be stronger under QMV than under unanimity requirements. For another, China’s and Russia’s pursuits of divide-and-rule tactics are likely to intensify as they become ever more assertive on the global stage, increasing the need for QMV.

Smaller member states might also be opposed for fear that QMV could be used by the larger states to impose their will, because QMV translates population size into voting power. To assuage these legitimate concerns, larger member states should demonstrate that they will seek common EU positions. Germany, in particular, has not been practicing what it preaches. Its unilateral decision to suspend arms exports to Saudi Arabia (at the expense of other European states, whose suppliers rely on German components), its obstinate defense of Nord Stream 2, and its bilateral government consultations with China do not match the constant calls for EU unity.

Other member states that are reliant on Chinese and Russian funding may also be unwilling to cede their veto. The emphasis on fiscal consolidation within the eurozone over the recent decade has led to chronic underinvestment in infrastructure, driving Greece and Portugal into China’s arms. If the EU wants to create greater cohesion, it should revise the fiscal rules to encourage, not inhibit, investment.

The fiercest opposition is likely to come from a group of member states governed by euroskeptic parties, which oppose granting the EU greater control over foreign policy decisions. But euroskeptic governments are divided on foreign policy issues like Russia, suggesting that opposition towards extending QMV may be fragile. And even euroskeptic governments are subject to realpolitik: situations may occur when their dependence on other member-states will be sufficient for them to support extending QMV to foreign policy. It is conceivable, for instance, that Italy would prioritize expending its political capital on the budgetary conflict with the European Commission and tolerate the extension of QMV (just like it has never blocked EU sanctions against Russia despite repeatedly signaling its opposition towards them).

QMV is still a relatively high threshold for getting a consensus on foreign policy, albeit a lower one than unanimity. By encouraging compromise when differences are moderate and acting as a firewall shielding the EU from divide-and-rule tactics of rival powers, extending QMV would help the EU to become a more effective foreign policy actor.