Once considered a long shot, Frans Timmermans now has a real chance of becoming the next European Commission president. After years in the political wilderness, is the center-left back? 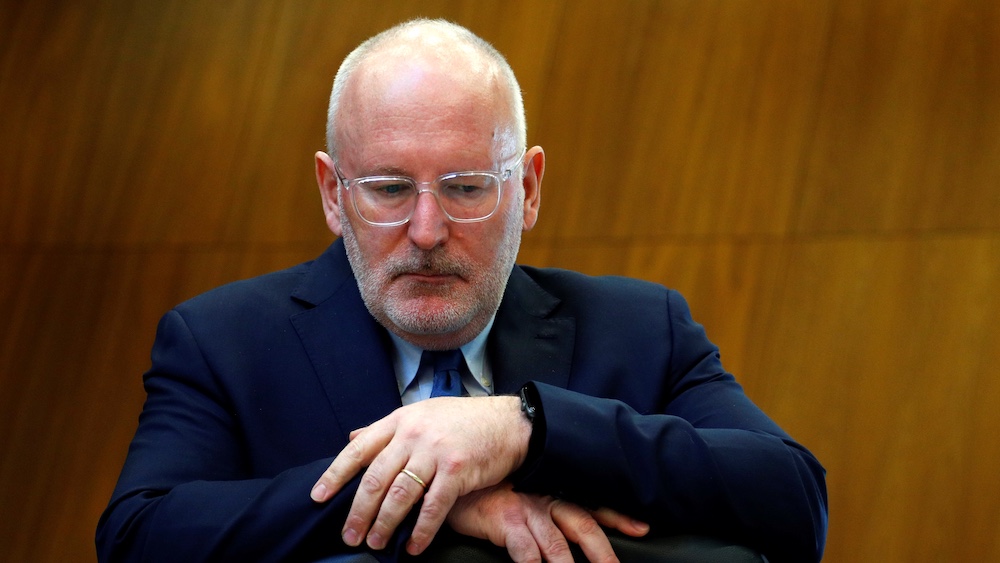 The European Union has been under center-right domination for a decade. Starting in 2005, voters across the continent turned against Social Democrats and center-left parties and put conservatives and Christian Democrats in power, collectively represented by the European Peoples Party (EPP) in the European Parliament.

Now, that dominance is faltering. This month’s European elections will be the big test of whether the center-right’s stranglehold on the continent’s politics has come to an end. The vote on 23-26 May could lead to a dramatic shift and deliver the most fragmented parliament in the history of the European Union.

To understand why, it’s important to know how we got here. By 2011, 17 of the EU’s then 27 member states were led by center-right leaders. Four were economically conservative liberals. Only five of Europe’s leaders were from the center-left Party of European Socialists (PES). That dynamic shaped the EU’s response to the economic crisis.

Many on the left blame the EU for what they say were the crippling effects of austerity. But it was the voters who chose this response, by consistently electing conservative leaders over the past 15 years. In the 2014 European elections they reaffirmed this political preference by handing the EPP a huge majority in the European Parliament.

As a result, today the EU’s top positions—European Council president (Poland’s Donald Tusk) and European Commission president (Luxembourg’s Jean-Claude Juncker)—are held by the EPP. Both of their predecessors were from the EPP, too.

All of this, however, may be about to change.

Recent national elections in Europe have dislodged the entrenched power of the center-right, creating a more multipolar political landscape where new and (previously) small parties have suddenly risen to the fore. Emmanuel Macron’s En Marche party, which still has no pan-European political affiliation, trounced the Socialists and Conservatives in 2017. Theresa May and Angela Merkel were hobbled at the ballot box since. Italy has been taken over by the far right and Five Star Movement populists.

Through all of this, the Socialists have failed to capitalize on their rival’s misfortune. Tarnished with the same “politics as usual” brush, they have also been equally punished by voters.

So when the Netherland’s Frans Timmermans, the Vice President of the European Commission, was selected by the PES to be their candidate to be the next commission president last year, there was skepticism as to whether it was even a remote possibility. Surely, people said, the former Dutch foreign minister is actually aiming for a different position—perhaps High Representative for Foreign Affairs, a low-power position that has gone to the socialists since it was created in 2009.

Polling indicates that the EPP will come first on May 26, though by a much smaller margin than in 2014. The Commission President needs to command a majority vote in both the European Parliament and the European Council, made up of the leaders of the 28 member states, so the math matters.

And Europe’s center-left is still dead.

The PES’s fortunes haven’t improved much since 2011. They still have only five of the 28 seats in the European Council. But the EPP has markedly declined. They currently hold nine of the seats—having lost Poland and the United Kingdom to the break-away European Conservatives and Reformists (ECR) group. The Liberals are in a unique position of strength with eight seats. Three of the seats, including those of France and Italy, are now independent and not part of any European political family.

So even though the PES may not have gotten any stronger, the EPP has gotten weaker. That means that it cannot be assumed that their lead candidate, Manfred Weber, will be automatically anointed as Jean-Claude Juncker was.

Until now, it has been assumed that the Liberal’s lead candidate—unofficially Margrethe Vestager—would be the logical compromise candidate given that they have so many seats in the council. But recent developments mean Timmermans is now in it with a shot, and he knows it.

The first game-changer was the UK’s decision to delay Brexit and participate in the European elections. Initial polls put the center-left Labour party in a commanding lead, though this has slipped lately as Nigel Farage’s Brexit party has surged. The result remains unpredictable, but there is still a good chance Labour will come first in the number of seats. Given the UK’s size, this would give Timmerman’s a big boost in the PES’s ratio in the parliament. However, it remains unclear whether UK MEPs will take part in the commission president vote in July.

Perhaps the more promising development for Timmermans is Spain’s general election result on April 28, where the Socialists scored a major victory and emerged as Spain’s main political force after almost two decades in the wilderness. It was a morale-booster for a long-demoralized center-left across Europe, who hope they can emulate the strategy of Spanish Prime Minister Pedro Sanchez to move firmly to the left and run a positive campaign while still denouncing the populists and the far right.

As the European election campaigns heat up, the center-left is already trying to emulate Sanchez’s strategy—particularly in Spain’s closest neighbors Italy, Portugal, and France. They are in particular trying to emulate Sanchez’s strategy of winning female voters through targeted campaigns and a high proportion of female candidates high on the list.

The most tangible benefit for Timmermans is that it keeps Spain’s seat on the European Council in PES hands. But it could also signal that the PES will do better than expected in the European election on May 26.

The man himself was keen to grab the momentum at a presidential debate in Maastricht last week, televised across Europe. He made repeated references to the Spanish win, saying it is proof that EPP parties like Spain’s Popular Party are paying a political price for trying to emulate the far right. He said he will work to attract a “progressive majority” in the European Parliament to support him as president, which likely means he will reach out to the Greens and possibly the far left GUE group. He will also almost certainly make overtures to Macron’s En Marche MEPs, even though they have made a tacit agreement to support the Liberal candidate.

According to a snap poll by communication technology company Slido, 42 percent of viewers said Timmermans performed best in the debate. Though he may have been counted out early on, Timmermans—and Europe’s social democrats at large—may very well defy the odds.