Marine Le Pen has ditched Frexit and now wants to change the EU from the inside, together with Italy’s Matteo Salvini. But she risks being sidelined within a new coalition being formed by Europe’s nationalist parties. 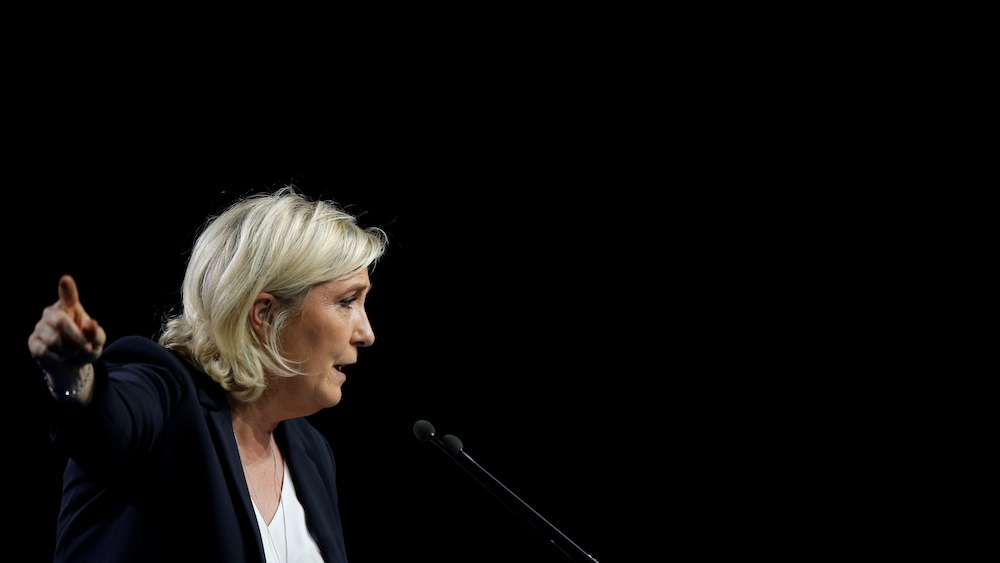 The Front National is history. France’s nationalist party now calls itself Le Rassemblement National (RN). It no longer identifies as right-wing or far right. Its long-standing leader, Marine Le Pen, says it is time for “pragmatism,” not ideology.

This is marketing, of course. But behind the rebranding, there lies one substantive policy change. In her 2017 French presidential campaign that she lost against Emmanuel Macron, Le Pen’s key promise was to hold a referendum on France’s membership of the European Union. Today, the 50-year-old has dropped the idea of leaving the organization she has made a habit of blaming for “almost all of our ills.”

She has done so for two reasons. First, selling the idea of a triumphant exit from the EU with a straight face has become impossible, as voters witness the chaos on the other side of the English Channel. Second, leaving the eurozone actually frightens the French who—like the Germans—are avid savers. A new national currency would devalue, effectively slashing the Frenchman’s life savings. As the Yellow Vest protests sparked by a fuel tax hike show, the country is in no mood for economic pain. Hervé Juvin, the RN’s new intellectual-in-chief and ecological poster boy, makes no bones about calling a unilateral EU or euro exit “irresponsible.”

Frexit had thus become a dead-end for Le Pen. The clarion call helped rallying the troops, but made it impossible for her to win an overall majority in presidential elections.

The nationalist tide in Vienna and Rome gave her an elegant way out of this cul-de-sac. This January, Le Pen abandoned the referendum pledge arguing, “For a long time, we did not have the choice. This EU, either you had to submit or leave… Now there has been an incredible democratic change in Europe.”

Thus the RN hasn’t been framing the European elections exclusively as a referendum on Macron’s record, despite the ire he inspires among the Yellow Vests. Instead, Le Pen argues that the vote is a unique opportunity to change Europe to the liking of her traditional followers.

“We are coming!”—and not “We are leaving!”—was the battling cry of the RN’s campaign kick-off event. On flyers, Le Pen poses with the Italian Interior Minister and Deputy Prime Minister Matteo Salvini under the slogan, “Our ideas are winning everywhere in Europe.” When the two met at the sidelines of a G7 interior ministers’ meeting in Paris, Salvini tweeted, “We want to bring some common sense to Europe.”

The hope of becoming a power broker in Brussels has allowed Le Pen to justify her referendum U-turn and further advance her so-called dédiabolisation strategy. Since succeeding her father in 2011, she has tried to give her party a more respectable image.

So far, this has paid off. Five years ago in the European elections, Le Pen’s party won 25 percent of the French vote, four points ahead of the second placed center-right.

But the strategy seems to have reached its limits. Today, polls show the RN is neck to neck with Macron’s La République en Marche and may even have to concede the first place.

Frustrated by the RN’s decision to ditch the idea of Frexit, Florian Philippot, a former FN Vice-President, has founded his own break-away party. François Asselineau, another Frexiter arguing the RN is a fake euroskeptic party financed by the CIA, is popular among the Yellow Vests. Meanwhile many of the more Gaullist euroskeptics are switching their allegiance to Nicolas Dupont-Aignan and his Débout la France movement.

This has led to growing nervousness at RN headquarters. Anything but a clear-cut victory would be a huge disappointment for the party. European elections have produced the best results in the past, as centrist parties failed to mobilize their voters. But when she presented the European campaign program at the end of April, Le Pen visibly struggled to smile at the cameras.

A poor result would weaken Le Pen not only nationally. It would also reduce her influence in the coalition of populist far right parties Salvini wants to build on the European level. His Lega is set to gain more than 30 percent of the vote in Italy, which would see the former regional party overtake the RN in terms of seats in the European Parliament.

This would be hard for Le Pen to digest. But her advertised intimacy with Salvini already masks the RN’s growing isolation in Europe. In Spain and Germany, VOX and the Alternative für Deutschland (AfD) are projected to register gains, compared to 2015; like Salvini’s Lega und Viktor Orbán’s Fidesz party in Hungary (presently suspended from the center-right European People’s Party) they share little of the RN’s free-market critique. Similar, the far right in Austria, Finland, the Netherlands, or Sweden doesn’t thrive on deficit-spending and protectionism. Poland’s Jaroslaw Kacyńsky and his governing Law and Justice party (PiS) have in the past always distanced himself from the RN.

As Jean-Yves Camus, a long-standing observer of the French far right, notes, “The solidity of the alliance between Salvini and Le Pen depends on Kacyńsky and Orbán.” Should the two Eastern Europeans join the Lega’s new European coalition, Salvini might thus have to sideline the RN. Even in a more nationalistic Europe, Le Pen is unlikely to feel at home.