Hungary’s prime minister is expected to secure a third consecutive term in Sunday’s general election. But the vote could also reveal the limits of his success. 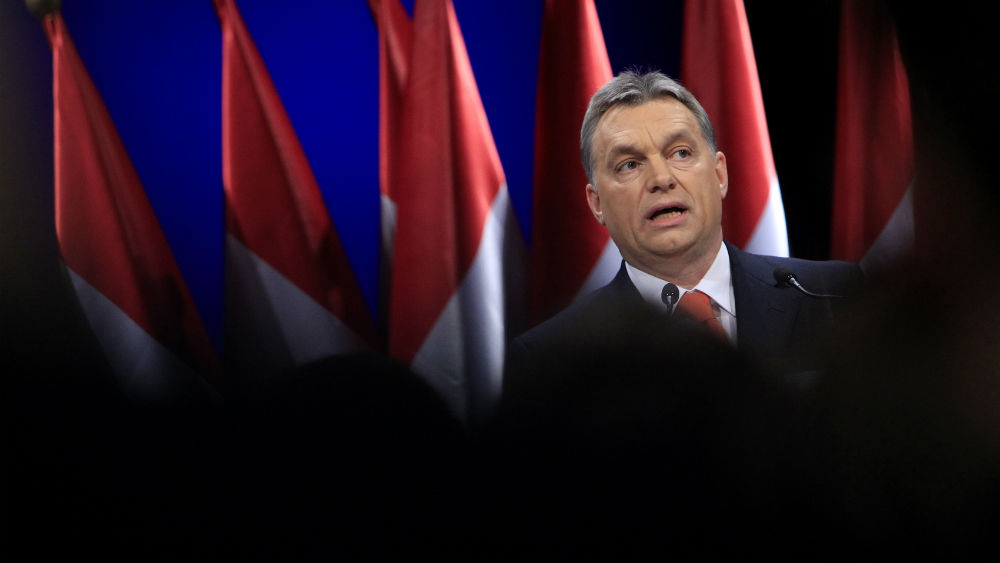 “This will be the first time that I will vote since I reached voting age 20 years ago. I feel like something must change. I just don’t know who to vote for,” laments Eva, a hairdresser in her late thirties in Budapest.

She symbolizes hundreds of thousands of voters in Hungary who will head to the polls on Sunday, April 8. They want change and a break with Viktor Orbán’s corrupt and illiberal regime, but they don’t have a party.

There is little doubt the anti-communist youth leader-turned-nationalist politician, along with his ruling Fidesz party, will secure another majority in parliament on Sunday. They might be short of a constitutional two-thirds majority, but they will likely secure more than 50 percent in parliament, meaning a third consecutive term for Orbán.

Yet there are several unpredictable factors that could upset Orbán’s re-election. A shock victory for an opposition candidate in a mayoral election in February galvanized the deeply fragmented opposition parties, which range from urban liberals to far-right supporters of the Jobbik party. The myth of Fidesz’s invincibility was shaken by the mayoral vote in the city of Hódmezővásárhely in southeastern Hungary, causing bewilderment on both sides. Fidesz chose to escalate its campaign’s hate rhetoric, while opposition parties attempted to coordinate.

Ahead of Sunday’s national vote, two factors could still tip results in an unexpected way: High turnout, and a last minute push by voters to force opposition parties to unite behind single candidates against Fidesz candidates in local districts. Oligarch Lajos Simicska, a once-powerful Orbán ally, has funded an increasingly critical media that has leaked a series of high-profile corruption cases in recent weeks – and those leaks could impact the vote as well.

The polls also offer a range of possible outcomes: They have tilted towards Orbán’s party, probably in part because people are afraid to reveal their real preferences for fear of reprisal, but they have offered varying predictions for his margin of victory. One Republikon Institute poll from March showed voters supporting Fidesz by 49 percent, while the far-right Jobbik – which has been forced to move towards the center, as Fidesz has increasingly adopted pro-nationalist and anti-immigrant positions – is at 19 percent. The Socialists came in at 17 percent.

But another poll conducted by Median showed 53 percent support for Fidesz, which could translate to a two-thirds majority in parliament. Built-in advantages in the election system will boost Orbán’s success. This poll would also mean that Fidesz only needs to mobilize its core voters to succeed – in other words, the party has no need to reach out to new voters. The opposition parties’ appeal, meanwhile remains weak – the Socialists are struggling to regain credibility, while Jobbik and the liberals have limited voter bases.

Fear is a predominant factor in the election. The Hungarian premier has promised to take vengeance on those who are critical of his system. And the government’s hate campaigns dominate the media and billboards, stoking fear of migrants and foreigners. In the final days of campaigning, Orbán suggested that voters who choose the opposition are traitors. He said Hungary’s existence is at stake at the ballot boxes. It is ironic that it was 20th-century Hungarian politician and political thinker István Bibó who warned: “Above all, being a democrat means not being afraid.” Whether voters can free themselves from a cycle of fear will be a key factor in Sunday’s election.

A Test for Illiberalism

On Sunday, eight million voters will be asked to decide whether Hungary should continue on the illiberal path set by Orbán and based on models such as Turkey and Russia. Orbán has succeeded in tapping into a deep disillusionment with democratic transition in Hungary, and has promised to build a successful alternative to Western liberal democracy. By this point, the costs of a shift might be too high.

Orbán’s illiberalism in Hungary has meant drawing up imaginary enemies, from Brussels bureaucrats to US billionaire philanthropist George Soros; it has also meant dismantling democratic institutions while facilitating massive corruption. And it has inspired admirers and followers across Europe, from Poland’s government to Italy’s far right Lega Nord, which won 18 percent in that country’s national election.

If voters hand down a surprisingly bad result for Fidesz, it could show that the illiberal logic of constant escalation has its limits, and that corruption does not go unnoticed.

“In a way, what is at stake in this election is to see whether hate campaigns really work,” said Ablonczy Bálint, a columnist at the conservative weekly Heti Válasz. “If Fidesz loses, it shows they have their limits, and that high-profile corruption cases bite. If they win, it will prove that they managed to tap into underlying fears in society that override everything.”

András Bíró-Nagy of the progressive political research institute Political Solutions in Bundapest said that the likely scenario is a confident Fidesz win, but added: “This election could show if Fidesz is past its peak, and could facilitate the start of its decline.” However, Sunday’s elections could decide who will be the main challenger to Orbán – Jobbik, under leader Gábor Vona; or the Socialists, who borrowed Gergely Karácsony, a popular politician from the green, liberal Dialogue for Hungary party, as their candidate for prime minister. With European and local elections coming up in 2019, opposition parties will soon have another chance to weaken Fidesz’s hold on the country.

Whatever the outcome, Fidesz will remain the strongest party in Hungary, and Orbán an unchallenged leader. Consolidation is not in Orbán’s cards, and any easing on his grip on power is out of the question, even if elections show a loss in support. A further concentration of pro-Fidesz media and a crackdown on civil society groups is widely expected.

“Illiberalism is a one-way street; you can’t back up, the only way is forward,” warned Péter Krekó, director of the research and consulting institute Political Capital in Budapest.