Home Eye on Europe Us and U.S.?

Germany wants a unified Europe that speaks to the US government with a strong voice. Foreign Minister Maas is right to call for a strong Europe. But first Germany needs to strengthen its commitment to EU security and defense policy. 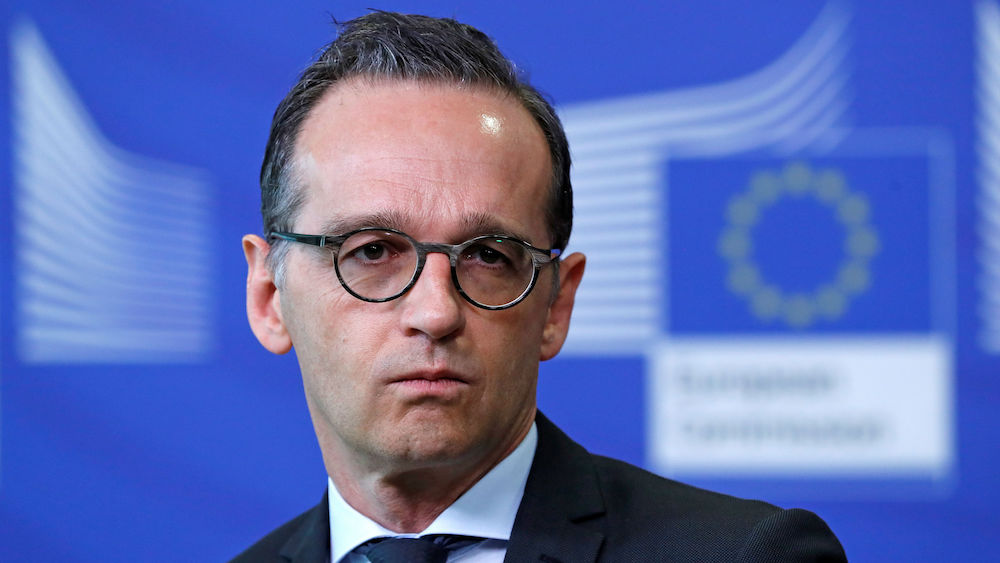 Foreign Minister Heiko Maas has reacted to US President Donald Trump going it alone with an initiative to “build a strong and sovereign Europe.” Europe, Maas has demanded, should put its weight on the scales “where America is pulling back” and act as a “counterweight” when the US “crosses the line.”

His initiative picks up where Chancellor Angela Merkel left off with her May 2017 “beer tent speech” in the Munich district of Trudering. In that notable speech, Merkel questioned for the first time the reliability of the transatlantic alliance. Maas is now drawing conclusions from Merkel’s declaration there, which she has since often repeated, that Europeans need to take greater control of their own destiny. And the idea that Europe should aim for greater autonomy seems very plausible at first glance. If Europe were, in foreign policy terms, more unified and more capable of action, it would in fact be able to make a significant difference on the world stage.

However, the past years have shown that the EU finds it very difficult to make progress toward a common foreign and security policy. Of course, there have been isolated successes, like the common front Europe presented to Vladimir Putin’s Russia after the annexation of Crimea. But in general, there are hardly any areas of EU policy in which aspiration and reality are so far apart as in foreign and security policy. The EU member-states’ foreign-policy interests and strategic cultures are too varied, their perceptions of threats too different.

A Europe That Doesn’t Yet Exist

This also applies to relations with the United States. When the German foreign minister says, as he did recently in Bucharest, that “our answer” to Trump’s “America First” must be an energetic “Europe United”—and by saying “us” includes the rest of Europe as a matter of course—he is talking about a Europe that in reality does not exist, at least not yet. For the 28 (for now) members of the EU perceive the Trump administration quite differently.

Whereas French President Emmanuel Macron’s interpretation of the developments in America is similar to that of the German government—he speaks of a “gradual and inevitable withdrawal of the United States”—countries like Poland or the Baltic States point to the Americans’ strong commitment to their region: indeed, the Trump administration has not merely continued America’s efforts to reassure NATO states in central and eastern Europe, but rather stepped them up considerably.

Whereas Maas and Macron’s reading of the situation is that Europeans need to become more autonomous in terms of security and defense policy, the central and eastern European countries continue to see the US as the most important and irreplaceable guarantee of their security, as the partner they do not want to alienate under any circumstances. Just recently, Sweden and Finland also massively expanded their bilateral security cooperation with Washington.

In sum: in some parts of Europe, the readiness to step up as a “counterweight” to the US is not very pronounced, to put it mildly. On the contrary, many countries are coming to terms with the situation and strengthening their bilateral relationships. The national-conservative government in Poland never grew tired of highlighting the extent to which both sides share interests and values during Trump’s visit to Warsaw.

Maas’s “Europe United” answer to “America First”, then, is not automatically the answer of many other Europeans. That’s why the German government needs more than a close alliance with France. In order to be able to credibly act as Europe’s advocate, and get the highly transatlantic-oriented countries on board, Germany needs to do three things.

First, the German government should play a more active role in European security and defense policy—one that corresponds with the actual economic and political importance of the country. It should ensure that financial commitments made within the EU and NATO are backed up. Rejecting the NATO 2 percent goal with the justification that Germany has to “stand against any subjugation to the militarization of foreign policy led by Donald Trump” (then-Foreign Minister Sigmar Gabriel, 2017), does not go over well in some European countries, especially those that view the US as the irreplaceable guarantor of their security.

Second, Berlin should think beyond the EU framework when it comes to the advancement of European security and defense policy. Germany’s support for the French “European Intervention Initiative” should be welcomed for that reason and proactively developed. Germany should also advocate for the maintenance of close security policy ties to Britain after Brexit, and think of ways to open up EU initiatives to the British.

Third, the German government should look for ways to close the gaps between a common European foreign policy that is progressing sluggishly and the current EU initiatives in security and defense policy. In the past months the EU has directed all its energy toward the Common Security and Defense Policy (CSDP) and achieved a great deal of success. But the overarching foreign policy framework is still missing. Here Germany has already put forward some proposals, such as taking decisions by majority voting rather than unanimously, but it needs to launch more initiatives.

In doing all of this, though, Germany has to keep one thing in mind: even if the EU were to rapidly change tack and found a proper European “defense union” in the near future, its security policy would still be dependent on the United States for a long time to come. Good transatlantic relations continue to be, for that reason, indispensable for Europe. The converse is not necessarily true.