In an attempt to connect the EU’s institutions closer to European voters, European Commission President Jean-Claude Juncker is pushing to enshrine a new system for electing his successor. Not everyone is on board. 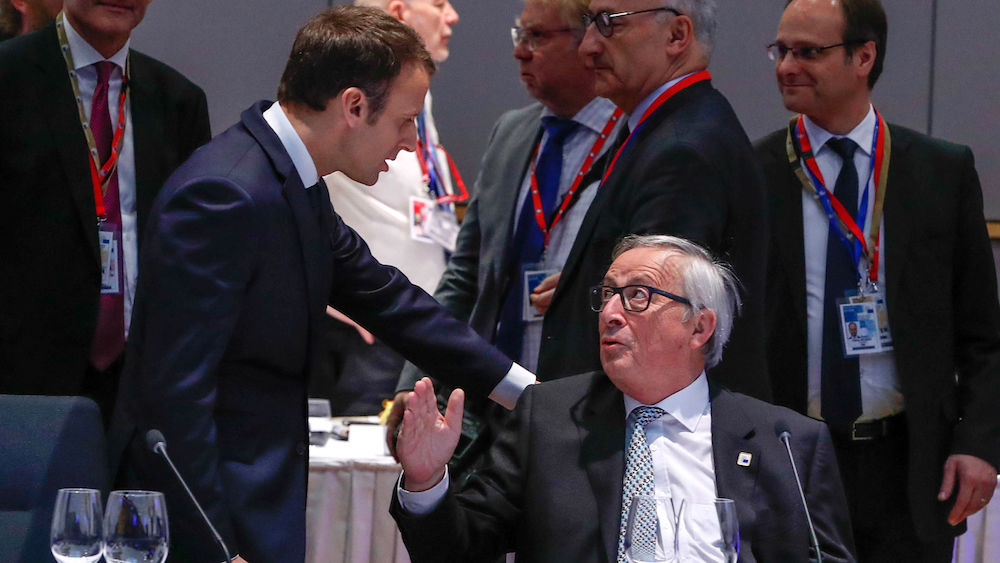 In recent years the European Union has weathered an economic crisis and a migration crisis; today, it is still deep in the throes of battling both a rise of nationalism and managing a messy divorce from the UK. The bloc is gearing up for next year’s European elections with the hope of forging closer connections to European citizens and enlisting them as allies in future crises.

That is one reason European Commission President Jean-Claude Juncker two weeks ago laid out his ideas on how to reform the EU institutions to bring them closer to the people. He re-committed to the controversial Spitzenkandidat—“lead candidate” in German—system for choosing his successor.

In the Spitzenkandidat process, Europe’s major political groups each select a lead candidate; whichever party wins the election fields the new president of the Commission. It is something of an institutional coup pulled off by the European Parliament and engineered by then-EP president Martin Schulz four years ago. Making use of the loose wording of the Lisbon Treaty, the parliament took control of who will be the next EU executive chief—a decision that until then belonged to the leaders of the member countries alone.

National governments reacted too late to this development in 2014. European political parties nominated their candidates and the European People’s Party put forward the former eurogroup president and ex-leader of Luxembourg, Juncker, but nobody thought he would eventually become Commission head. In the end, the EPP won and German Chancellor Angela Merkel threw her weight behind the idea, succumbing to pressure at home to support what is seen as a more democratic process. In hindsight, it is fitting that at the time only the UK’s David Cameron and Hungary’s Viktor Orbán opposed the appointment of Juncker; the UK is now leaving the EU and Hungary is drifting ever further away from liberal democracy.

The Spitzenkandidat process remains a key battle between national governments and the European Parliament: It is a symbol of the ongoing ideological and practical struggles between those who prefer a community of member states and those who want a more integrated European community.

The parliament this time raised its bets by trying to tie the leaders’ hands even further, arguing that the Spitzenkandidat system “is a principle that cannot be overturned.” This is partly how the EP is trying to turn around rapidly shrinking voter participation rates in European elections.

Juncker insisted the lead candidate process must go ahead, saying: “We have to make sure that Europe is at the heart of the election campaign.” That’s why it might have seemed odd at first glance that one of the most vocal opponents of the Spitzenkandidaten system is French president Emmanuel Macron, who ran a pro-Europe campaign last year. But Macron doesn’t yet have a European party to belong to and would be unable to influence who takes the Commission top post.

In a nod to Macron, Juncker urged parties to commit themselves to a European political group. There is speculation in Brussels that Macron is working on setting up his own La Republique en Marche on the European level, perhaps with the help of Spain’s Ciudadanos party, Matteo Renzi’s social democrats in Italy, and some smaller parties. He hasn’t announced an intention to do so, but it seems the French president wants to change the political landscape first and then help define the European Commission presidency.

Other governments were also on the lookout this time. Liberal Macron will find strange bedfellows in his opposition to the lead candidate system. Illiberal Hungary and its allies in the Visegrad Four, the Czech Republic, Poland, and Slovakia, want as little divergence as possible from the rules laid down in the Lisbon treaty: in a statement they argued that EU countries should propose the Commission president “taking into account” the outcome of the European elections, then allow the European Parliament to guide their decision.

But it’s not just Macron and the usual suspects who oppose the change. Some diplomats in Brussels sound reluctant as well, noting that turnout for the 2014 elections was the lowest ever since direct elections were introduced on the European level, and the Spitzenkandidat system did not manage to build a link between European citizens and the EU as intended. Juncker hoped to bridge that by fielding multilingual candidates and staging televised debates across the continent.

When EU leaders gathered last Friday in Brussels for an informal summit, there was little love in the air for the Spitzenkandidat system. European Council President Donald Tusk, who leads the gatherings of EU leaders, asked them to think about whether they want to automatically accept the outcome of the Spitzenkandidat process or let leaders themselves to decide how to honor the election results. All agreed that the European Parliament does not have monopoly over choosing the next Commission president, and there is no “automaticity” in the system.

Tusk pushed back even further. “The idea that the Spitzenkandidat process is somehow more democratic is wrong,” he told reporters after the summit, standing next to Juncker. German chancellor Angela Merkel added that no clear majority is expected in next year’s election, so leaders will have to see which parties can form a coalition before nominating the Commission president for the Parliament to approve.

Now the European Parliament must decide next year whether to play hardball and reject the Council’s nominee. It would be yet another move in the battle with member states over which institution has the ultimate democratic legitimacy in the EU—and who has the ability to bring the bloc closer to its citizens.