A German high court has paved the way for cities across the country to ban diesel cars as the country struggles to resolve the “dieselgate” air pollution scandal. Berlin is left with fewer and fewer good options. 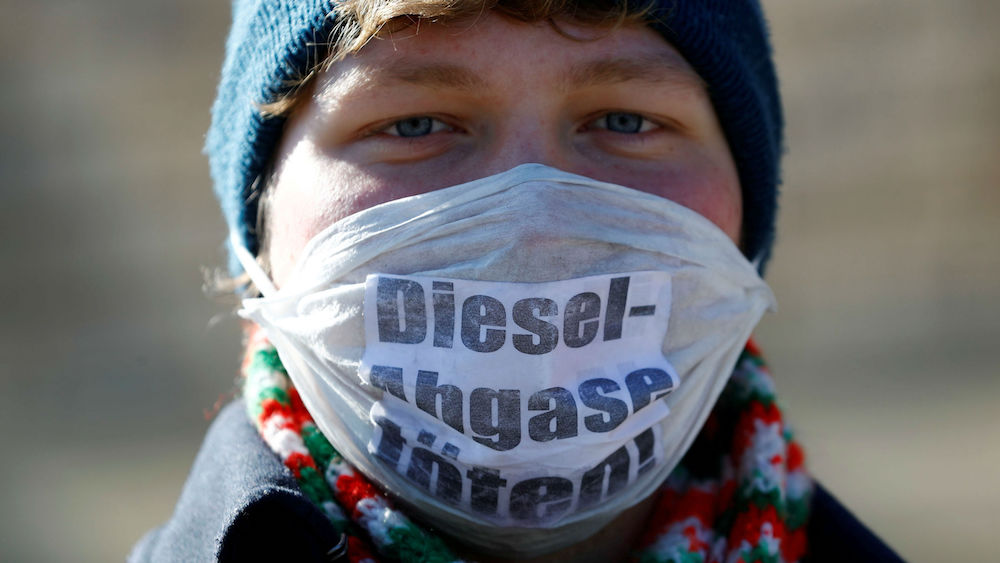 In September 2015, when the US Environmental Protection Agency discovered that Volkswagen had been cheating on its air pollutant emissions tests for diesel cars, few could have imagined it would morph into one of the biggest German political scandals in modern times.

Three years later, as a result of those revelations, German cities may be on the verge of banning diesel cars—a move that could cripple the powerful German automotive industry, which has already been reeling from the “dieselgate” revelations. Berlin is desperate to avoid such a scenario, but it now looks like developments are moving too fast to be controlled.

On Tuesday the country’s administrative court in Leipzig upheld a decision by lower courts that said that banning diesel cars would be the most efficient way to quickly get air pollution below EU limits in the cities of Stuttgart and Dusseldorf. The two German states in which those cities are located had challenged the local court ruling, saying the problem needs to be tackled at the national level, not the local. But they were rebuffed by the high court.

In Berlin, national lawmakers have been unable to come to a solution. A half-hearted offer to make public transport free in certain cities, part of the coalition agreement of the incoming government, would take many years to have an effect. A technical solution to retrofit diesel cars to bring their air pollution down, meanwhile, has been mired in arguments over who should pay for it. An expert panel advising the government has drafted a preliminary recommendation that the taxpayer should pay, but after a furious reaction to the leaked draft the group has delayed coming out with a final recommendation. They are meeting again on Wednesday.

DUH is calling on the federal government to put in place a “blue badge” scheme across the country that would only allow the newest, cleanest diesel cars to drive in city centers to avoid a patchwork of different bans. The admissible levels would correspond to “Euro 6” EU standards, estimated to cover about one third of the 15 million diesel vehicles on the road.

Diesel in the Cross Hairs

The court ruling comes at a time when consumers are already rejecting diesel cars because of the dieselgate scandal. Sales of diesel cars have already fallen by nearly eight percent in 2017, with sales collapsing by more than 20 percent in December alone. Consumers are concerned that if they buy a diesel car, they will be unable to drive it in some cities. And who would buy their used car if it faces bans?

Car dealers are now dealing with many unsold diesel cars, and German automaker Daimler warned in its annual report this month that a further shift away from diesel cars could lead suppliers to demand bailouts in the form of compensation payments.

The legal challenges to air polluters are not directly related to the emissions cheating scandal, but the issue has galvanized environmental campaigners, who see an opening to put pressure on the government. The scandal has also focused attention on diesel cars—the public now knows the cars are more polluting than previously claimed by the manufacturers.

The German NGO Deutsche Umwelthilfe, which initiated the original legal challenge in this case, has been filing these lawsuits for many years. There are currently 19 other pending legal challenges for cities across Germany, and the Stuttgart and Düsseldorf decision provides a precedent they will likely use to win those as well. In the blink of an eye, a domino effect could bring a patchwork of contradictory diesel bans to cities across Germany. The federal government is desperate to avoid this, but if courts have ruled that air pollution must be brought under limits, and diesel bans are the only way to do this quickly, there may now be no other options.

The irony is that Germany’s air pollution levels are not dramatically higher than in other countries. Indeed, air pollution violations are one of the most common environmental infringements of EU law. The difference is that, likely thanks to the outrage generated by German automotive manufacturers caught cheating, German courts have now said those limits can be transgressed no more.

As the new German government prepares to take office, this will be one of the first urgent issues it will have to tackle.