At the Munich Security Conference, it became increasingly clear that the tools we have relied upon to address the world’s challenges are losing potency. So are these global security gatherings still useful? 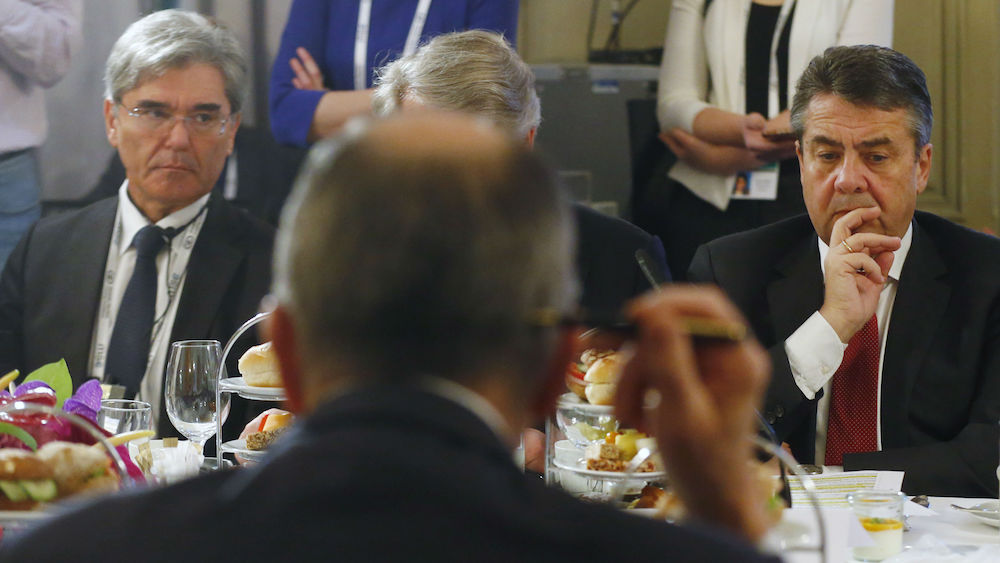 Stefan Zweig once wrote that people are often “denied recognition of the early beginnings of the great moments which determine their times.” If you were wandering the halls of the Munich Security Conference last weekend, you would have inevitably been confronted by the search for that recognition. The question— “What keeps you up at night?“—was, in some ways, the organizing logic of MSC 2018. Some answered nuclear proliferation. Others cyber. Some spoke dutifully about China and One-Belt-One-Road. A handful of mostly American internationalists raised alarm bells about Putin and his phalanx of trolls, bots, cyber spooks, and rotten money.

Generally, world leaders offered up crises of the day: Iran’s growing malevolence in the Middle East; the evolving proxy war in Syria; North Korea; a ghosting US administration; and Ukraine’s continued struggle for territorial integrity. Some tried to cut through the cacophony of immediate hotspots pointing to climate change and the coming tech revolution in war.

But all noted that the classic set of instruments—treaties, international institutions, effective deterrence, contact groups—are not fit for purpose to address these challenges. If political systems, the instruments, and the elites that manage them are no longer able to address, it begs the real question: to what extent is all this still useful?

That was the real question that kept MSC goers up at night. The poignancy of MSC 2018 was seeing some of the world’s most creative, dogged institution-builders grapple with the sense that the operating system that they and their forbearers created to tackle the world’s problems is on the brink of collapse.

They are not the only ones asking this question. The loaned legitimacy that MSC established – diplomats, experts, party leaders, the press and defense planners – had benefited from for decades is receding. People in Wiesbaden, St. Louis, and Manchester no longer see this class of rarefied thinkers worthy of esteem. They have their own opinions about North Korea, Russia, and international trade. The Polish Prime Minister Mateusz Morawiecki brought this sentiment into Bayerischer Hof, the conference hotel, with his scripted line that the West should invest more in armored tanks and less in think tanks.

It is not a coincidence that in an unscripted moment, Morawiecki made the stunning equivalence that there were “Polish perpetrators as there were Jewish perpetrators” of the Holocaust. The audience was taken aback by his remarks. But the ooze of such lazy thinking is making its way into many of Europe’s illiberal parties, including Germany’s Alternative für Deutschland (AfD), likely soon to be the country’s second largest party.

It is a reality that many do not know how to confront. One instinct is to retreat into the past, into their own version of Stefan Zweig’s “golden age of security.” They pine for the world of yesterday with Atlanticist heroes like Joe Biden, Sam Nunn, and Wolfgang Ischinger. One bright spot was the strong Congressional turnout. But it was the unique force of McCain’s personality kept the MSC spirit alive. Will his successors, even if they are well-meaning, be as charitable with their time for the liberal world order?

At its core, the Munich Security Conference has really been a German-American affair. As one conference veteran wryly observed, the MSC is most electric when the transatlantic relationship is bad. When it is good, the gathering is listless. But then, the participant noted darkly, Munich 2018 seemed to be both listless against the backdrop of a deteriorating Atlantic alliance and a world on fire.

The Trump administration has ghosted from so many world fronts. The reality of Trumpism has set in with its nativism, vulgarity, ethno-nationalism, transactionalism, endemic corruption, and indifference to democracy, human rights, institutions, and notions of international community that US hegemony has provided from Europe to Asia, even Latin America. The administration’s Orwellian talking point—that the world should pay no attention to the president’s words but rather US. actions – received well-deserved derision from a professional class who recognize that rhetoric is primer for action.

But a new source of unease was Germany, itself. The German delegation led by a troika of future past, Sigmar Gabriel, Ursula von der Leyen, and Thomas de Maziere, the foreign, defense, and interior ministers respectively. They did their best to present the brave face of the status quo and even gave accents of policy change on the margins—Franco-German cooperation in joint European security for example. But the growing gap between the status quo they represent and the popular frustration with the establishment hit a boiling point, even in Germany—the world’s premiere status quo power. It is plausible that all three—and the political outlook they represent—could be gone in a year’s time.

In fact, the German political establishment looks a bit like an Antarctic ice shelf. Seemingly stolid, imposing, even magisterial, all at once it crashes into the ocean never to return. This could be the fate of the leaders, the Volksparteien, or people’s parties, and the consensus values they carry with them.  If it does not collapse, it will be owed to the rank-and-file of the Social Democrats (SPD), who are casting their ballots on whether to enter into another government with Chancellor Merkel’s conservatives. The SPD base—whose largest age bloc is between 71-80—dutifully remembers.

Zweig wrote about moments where the world history departs from its iterative plodding and changes forever, what evolutionary theorists call punctuated equilibria. The entire MSC class knows this. They just don’t know how to respond.