The French-led European Intervention Initiative (E2I), set up outside both the NATO and EU frameworks, is meant to represent another step toward a more effective European defense strategy. Primarily a military-to-military “strategic workshop,” it’s not intended to become a separate intervention force but rather to help participating states better anticipate future crises and plan operational cooperation together. 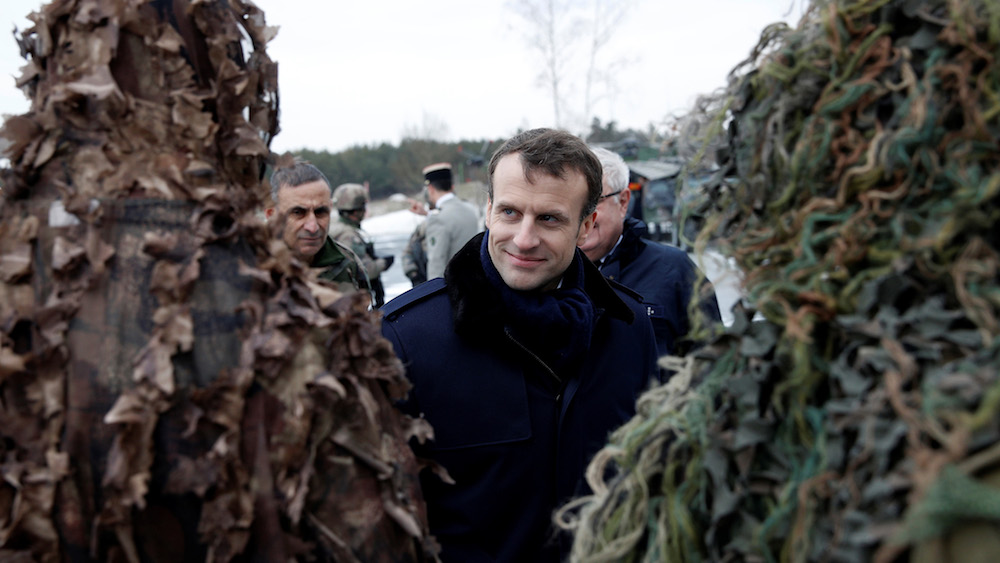 The announcement of the initiative led to much confusion and speculation a year ago. French officials have since carried out important work further explaining the proposal, and the perspectives of signatory states have largely converged. The success of E2I will now depend on countries’ political willingness to engage in this format—a challenge for Berlin in particular—as well as on balancing each other’s strategic priorities.

Although the long-term goal of the initiative is to build a shared European strategic culture, the most concrete objectives of E2I is to enable closer cooperation “between the armed forces of European states that are willing and able to carry out military missions and operations, throughout the spectrum of crises.” It will include intelligence sharing and scenario planning as well as serve as an international forum to conduct exchanges on operational needs and doctrine. In fact, France designed the initiative to provide a clear political mandate for European militaries to develop working groups on some security issues that used to be taboo.

However, is not intended to become a separate intervention force or organize military exercises, but rather help better anticipate future crises and plan operational cooperation. For the moment E2I is primarily a military-to-military “strategic workshop.” Although this mandate may seem small in contrast to its political hype, France has deemed it crucial to benefit missions and projects implemented in the EU or NATO formats, as well as to build ad hoc coalitions. Indeed, while some countries, such as France, Germany and the United Kingdom, already have strong bilateral exchanges on such issues through liaison officers, E2I will now be elevated to a multilateral working platform to include smaller partners. This makes it particularly valuable for Estonia and Portugal, among others, as it allows their militaries to benefit from recent experiences of leading European armed forces.

Most countries agree E2I should remain an exclusive initiative; not only to guarantee its efficiency but also to ensure all members show the political willingness to address complex operational issues and share perspectives on power projection beyond the Europe. France and the United Kingdom are adamant the number of participants should not exceed 14 or 15 countries. Even Finland, expected to sign the Letter of Intent by the end of the year, promotes the idea that E2I should be kept limited in number.

However, the exclusivity of the initiative is more problematic for Germany, which considers it to undermine the idea of European unity and warns it may cause tensions with countries not party to the E2I. The Netherlands and Spain shared similar concerns, which have since been addressed. Indeed, Germany now seems to be the only country advocating for more inclusivity.

A raison d’être of E2I is institutional flexibility. The majority of participating states share France’s assessment that EU decision-making processes and bureaucracy have proven incapable of leading to ambitious, time-sensitive deployments. Non-affiliation to the EU also has the benefit of allowing cooperation with CSDP opt-outs like Denmark and of tying the UK to wider European defense after Brexit.

Also, E2I aims to reinforce the efforts undertaken in much larger initiatives at the EU and NATO levels; hence, fears of competition and disunion shouldn’t be exaggerated. Although concerns as to how to articulate E2I and PESCO were originally raised by several countries, many of these have now dissipated, and the lack of institutional link between the two projects does not constitute a major issue moving forward. Again, Germany is the only exception. Berlin favors gathering European defense initiatives under the inclusive EU umbrella, for instance linking E2I with the German-led EUFOR Crisis Response Operation Core PESCO project.

Despite Macron’s grand rhetoric, E2I is a modest and flexible structure with no quantifiable deliverables, thus keeping political cost for joining low. Once countries received guarantees that signing the E2I would not entail any major commitments in terms of staff, new institutions, or budget, they were willing to showcase their willingness to participate in the European defense effort.

Indeed, E2I will only succeed as a modular non-constraining framework that countries can participate in with as little red tape as possible. Three issues in particular will determine its successful implementation.

First, France will have to prove that it is ready to listen to partners and prevent the initiative being viewed purely as a French endeavor. This can be showcased by the organization of future MEST in different countries and by developing working groups dedicated to issues that are not French priorities. A scenario presented by the Dutch of dedicating the first working session to an environmental crisis in the Caribbean was therefore a welcome opportunity.

Second, Germany will have to clarify its position on an exclusive and non-EU format. Germany’s participation is key, but other countries are not ready to make serious compromises on these issues.

Third, the integration of new states will partly determine the future of the initiative. Nordic partners such as Norway and Sweden may follow Finland, introducing new priorities while reinforcing the case for E2I’s institutional freedom. The signature of the Letter of Intent by Italy—postponed until now mostly due to French-Italian frictions—would also confirm the political success of the E2I at the European level.

Editor’s note: For this piece, the authors spoke to officials from the nine participating countries plus Finland in order to highlight key elements of the initiative and explain how it could complement other initiatives such as PESCO (Permanent Structured Cooperation). An expanded version of this piece will be published in the Berlin Policy Journal issue of November/December 2018. For more BPJ coverage of European defense, check out our September/October issue, especially Jana Puglierin’s cover story on the backsliding German defense debate.