Each year, barely perceptible tectonic movements pull Europe and North America a few inches further apart. These days “continental drift” applies to geopolitics at least as much as it does to geology. But there is still space for meaningful transatlantic cooperation. 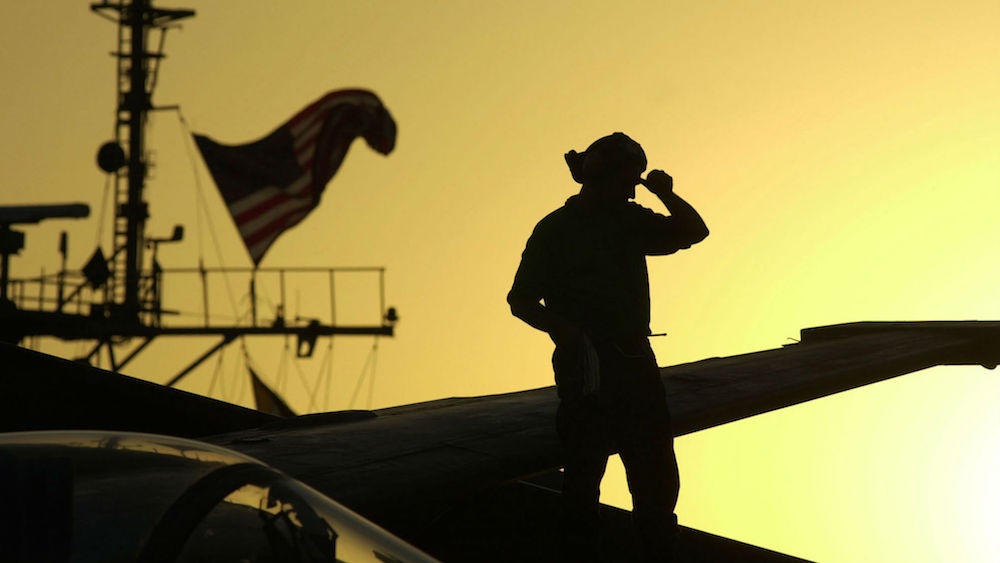 US President Donald Trump’s new National Security Strategy and National Defense Strategy describe a contested global landscape challenged by China and Russia as well as rogue regimes like Iran and North Korea. While the degree to which to the US will adhere to this strategy is unclear, these two documents accurately reflect the strategic reorientation that is currently underway in US security and defense policy. The Trump administration’s focus on inter-state competition may be a continuation of trends initiated years ago, but it sits awkwardly with the outlook and priorities of Washington’s European allies.

For reasons ranging from internal tensions to a fervent belief in a justice-bound “arc of history,” most Europeans have been reluctant to embrace the notion of great power competition. The zero-sum view of international affairs reflected in the NSS and NDS therefore clashes with the worldview that has been promoted in Europe for the last 70 years.

Of course, this is not to suggest Europeans are naïve. If anything, Russia’s illegal aggression against Ukraine since 2014 has ended Europe’s strategic slumber, bringing about a strengthening of the continent’s defense posture. Several European strategic documents—including, notably, the 2017 French Review of Defence and National Security—also offer clear-eyed assessments on the consequences of global strategic competition.

The US and Europe do share an over-arching interest in rolling back the influence of authoritarian powers like Russia, China, Iran, and North Korea. Yet they differ in their respective threat perceptions and prioritizations. Concepts such as the Trump administration’s “peace through strength” mantra worry European leaders, most of whom are more accustomed to soft power and diplomatic tools. In this regard, while the NSS and NDS enjoy broad support with European decision-makers for their view of Russia as a revisionist power, the potential for further deterioration in US-Russian relations, such as over nuclear issues, and the effects this would have on European security are nevertheless a cause for concern.

Meanwhile, few European capitals share the Trump administration’s view of China as a revisionist power actively challenging the international order. Although the European view on China is hardening, this is so far mostly confined to the economic sphere. Some European leaders even see Beijing as a potentially useful partner when it comes to upholding multilateralism or combating climate change in the age of Trump. Few European states have either the presence (only France and the UK have overseas territories in the Asia-Pacific) or the necessary capabilities to approach China as a strategic military challenge.

North Korea is viewed in Europe as a serious threat to regional order in Asia and to the non-proliferation regime, but is far from the highest priority in most European capitals. Similarly, most European countries do not share the Trump administration’s adversarial view of Iran, preferring instead to insist on strict adherence to the JCPOA nuclear deal and seeking a deepening of political and economic ties with Tehran.

In contrast to these seemingly remote threats, European leaders have to contend with several serious crises closer to home: Brexit will deprive the bloc of one of its foremost economic and military powers; tension between Brussels and some Central and Eastern European capitals is only getting worse as nationalistic movements threaten to cripple the EU’s internal cohesion; and a revanchist Russia is now seeking to restore its sphere of influence in the East, aggressively subverting national democratic institutions through disinformation, cyber-warfare, and economic coercion.

In a sense, while the NSS and NDS offer a strategic long-term vision of the evolving international system, Europe is mired in short-term challenges that cloud its field of vision. Rather than great power competition and rogue regimes, Europe is fixated on curbing migration and terrorism stemming from disorder in Syria and the wider Middle East and from instability in North Africa, the Sahel, and sub-Saharan Africa. In the east, the potential for renewed instability in the Western Balkans and Russia’s destabilizing actions occupy what is left of the bloc’s strategic attention. On top of this, addressing climate change remains a top EU foreign policy objective.

Yet the diverging priorities of the US and Europe are far from irreconcilable. Countering Russian interference and revisionism is key to securing the EU’s eastern flank, and also fits into the Trump administration’s strategy. Stabilizing the bloc’s southern neighborhood aligns with Washington’s interests, and also coincides with the aims of US allies in the Middle East. And, as the world’s largest trading bloc, the EU has every interest in working with Washington to ensure that intellectual property rights and freedom of navigation are respected by its second largest trading partner, China.

That being said, the divergence is real, and some significant introspection is required on both sides of the Atlantic lest the gap between Washington and Brussels become a chasm. Europe has to be prepared to show courage and resolve. Courage because European leaders have for too long relied on an “end of history” narrative to justify their continued reliance on the American military. In order to effectively protect democracy and the global liberal order, Europe will have to take the lead on certain operations, for instance on stabilization and counter-terrorism efforts in the southern neighborhood, especially as the US shifts its focus to great power competition. In addition, Europe must develop its own strategic culture, sharpen its understanding of what inter-state strategic competition means for itself, and invest in emerging capabilities such as artificial intelligence, cyber countermeasures, and drone swarm technology. Europeans must also show resolve: they must be prepared to sustain commitment to their own security in the face of severe budgetary constraints and possibly even the loss of life.

On the other hand, the US must play a supporting and encouraging role in Europe. If the Trump administration intends to keep with its predecessor’s “leading from behind” approach on many matters pertaining to European security, it must at the very least tolerate a more independent European defense posture. More importantly, the US must support European efforts such as PESCO and EDF. American capabilities will remain crucial to European security for decades to come, especially with regard to military deterrence against Russia. In this regard, the Trump administration’s reassurances on NATO are most welcome. But American benevolence should also extend to the EU. Supporting actors that seek to weaken or dismantle the bloc undermine transatlantic trust and do not further US interests.

The NSS and NDS show that Washington, for one, is already giving serious thought to how the world will develop in the coming decades. However, the US is misguided when it comes to non-military responses to security challenges. From its gutting of aid programs to its downsizing of the State Department, the Trump administration seems loath to think outside of the military toolbox. Be it revisionist powers’ insidious sapping of the global informational space, state fragility in sub-Saharan Africa, or the already-observable consequences of climate change, some of the challenges to US power and prosperity in the 21st century will not be solved by military means alone.

Above all, Europe and the United States need a joint vision. The security architecture that binds the two continents is founded upon shared political and strategic concerns. The NSS and NDS highlight the challenges that democratic societies on both sides of the Atlantic Ocean will have to grapple with in the coming decades. Whether the EU can muster the determination to power through its current crises and accept a larger share of the global security burden remains to be seen. Similarly, it is uncertain whether Washington is willing to accept a more militarily autonomous Europe and whether US global leadership can be preserved in the absence of investing in soft power tools. Absent this major course correction on both sides of the Atlantic, Europe and the United States seem condemned to move, ever so slightly, further apart.