German-Polish relations have been rocky of late, but now Warsaw seems willing to change tack. The incoming German government should rise to the occasion and test how far the new Polish prime minister is allowed to go. 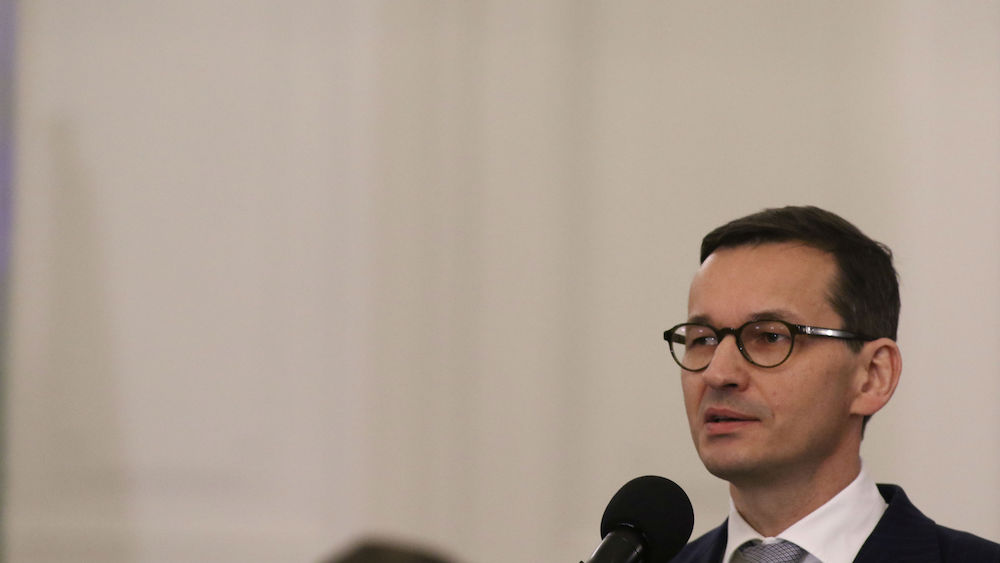 On Friday, February 16, German Chancellor Angela Merkel will host new Polish Prime Minister Mateusz Morawiecki. In her own words, it will be an occasion to open “a new chapter in German-Polish relations.” However, she acknowledged “divergent views on some issues,” though in her weekly podcast she declined to comment on a new Polish law that makes it illegal to accuse the country of complicity in Nazi atrocities, saying she did not want to wade into Poland’s internal affairs.

Such reticence from the German chancellor is understandable considering how important it is for her to set relations with Poland on the right track. And in the person of new Prime Minister Morawiecki, appointed only two months ago, Merkel might have the best partner she could hope for from the current ruling camp in Warsaw. In fact, the recent government reshuffle in Poland and Morawiecki’s promotion to the office of prime minister indicate two things:

First, on the domestic front, the traditional conservative Law and Justice (PiS) party is focused on moving the party toward the political center—at least in terms of its image—and winning over new voters, and its efforts are already paying off: the ruling party’s approval numbers have recently been over 45 percent. It seems as though the PiS is trying to avoid rocking the boat in the hopes of winning another convincing mandate in the 2019 elections.

Second, PiS leader Jaroslav Kaczynski wanted to improve Poland’s position in Europe. In light of the sanctions procedure initiated under Article 7 of the EU Treaty in December 2017 and the upcoming negotiations concerning the next EU budget, Warsaw has been using a much friendlier and more constructive tone with Brussels and Berlin. Polish Foreign Minister Jacek Czaputowicz paid a fence-mending visit to Berlin in mid-January. When he stated that the debate concerning war reparations that PiS hard-liners started last year should not undermine bilateral ties, it was widely noted, even sparking criticism back home.

And while the PiS government is visibly trying to revive its dialogue with Berlin, it is still not clear how much space to maneuver Prime Minister Morawiecki and his Foreign Minister will get from Chairman Kaczynski; after all, Poland’s ruling party is sticking firm to its own political priorities as well.

Warsaw and Berlin have different expectations of the relationship. We initiated a series of commentaries on the state of play of German–Polish relations in the Tagesspiegel and Rzeczpospolita to set the agenda for a possible rapprochement. Poland’s expectations were expressed very clearly by Marek Cichocki, a professor at the Collegium Civitas in Warsaw and former EU advisor to the late Polish President Lech Kaczynski (brother of the PiS Chairman): rather than find fault with Polish policy, he appealed to the Germans to recognize and respect Poland’s economic significance and its security concerns and come off their normative high horses. Cichocki complained above all about the lack of a “common European agenda” between the two countries, which remains absent many years after the the EU expanded eastward.

From the German perspective, however, this “common European agenda” of both countries was already a reality. Until the the center-right, pro-European Civic Platform (PO) party lost power to the PiS in autumn of 2015, the German-Polish relationship was considered better than ever before, including in the European context. From Berlin’s point of view, Poland left the pro-European course when it chose the PiS government, and its recent judicial reform was merely the most recent outrage in a series of measures that call European values and the rule of law into question, principles Poland committed to when it joined the union.

From Berlin’s point of view, any rapprochement between Warsaw and Berlin must include Polish concessions and cooperation at the EU level, and go beyond mere rhetoric. Warsaw, on the other hand, wants more acceptance, recognition, and understanding for Poland’s interests, especially where the upcoming EU reforms initiated by France are concerned, which it fears might leave Warsaw and other Eastern member states even more marginalized than before.

Confrontation Having Paid Off

While both sides have a clear interest in improving the relationship, each expects the other to make the first move. At the same time, neither country has much political maneuvering room. Poland’s strategic focus is on its national agenda and bilateral relationships, while Berlin is looking at the EU level. These dynamics will only get worse under the new Polish government; so far, Warsaw’s confrontational stance toward Germany and Brussels has paid off politically.

For the new German government, this will be an extremely difficult situation to manage. On the one hand, Merkel has made it clear that “holding together by surrendering liberal values” would mean that the EU was “no longer the European Union.” On the other hand, Berlin has absolutely no interest in an even deeper rift between the EU’s East and West. Especially for Germany, an EU without Poland and the Central and Eastern European states is unthinkable.

In the current draft of the new government’s coalition agreement between the CDU, CSU, and SPD, the value of the German-Polish relationship in the current chapter of the European project is made clear: “The German-Polish partnership is particularly significant for us,” it reads. The new government wants to increase cooperation with Poland, especially with Polish civil society. Furthermore, “We will intensify our cooperation with France and Poland in the so-called Weimar Triangle.”

It will be Berlin’s task to secure EU cohesion and keep the Central and Eastern European states on board during the upcoming European reform process. Poland can play a key role in this, and the German government should use every opportunity for more dialogue and cooperation with Warsaw, taking the new government’s outstretched hand—if for no other reason than because it is not likely to find a better partner in Poland for the foreseeable future.

Berlin should signal to the new Polish government that playing a constructive role in the EU could open many doors in the future. Both sides should try to isolate the sanctions issue and prevent it from escalating in a way that would prevent any future rapprochement. At the moment, Poland’s potential as an important partner to not just Germany but also to non-euro countries like Sweden and the Czech Republic is going to waste. Once the UK leaves the EU, the largest member state outside of the eurozone will be Poland, which gives Warsaw a chance to become a leader of the non-euro club, not to mention its capacity to act as an advocate for countries on the EU’s eastern borders.

If the Morawiecki government wants to influence the next German government’s EU policy, it should try to see Berlin as a potential partner once again, one that could be won over to ideas and projects. The Polish prime minister’s visit on February 16 offers a perfect opportunity. The same goes for the EU level—a country that wants to be part of determining the next phase of EU reform has to work productively in Brussels, and cannot simply retreat behind its national hedge. The keys are thus in both Berlin and Warsaw.