The United Kingdom really could crash out of the EU–at huge cost to itself and the rest of Europe. From financial markets to trade and transport, the scope of disaster is huge, as the EU Commission’s Preparedness Notes show. Only one group of people stands to benefit. 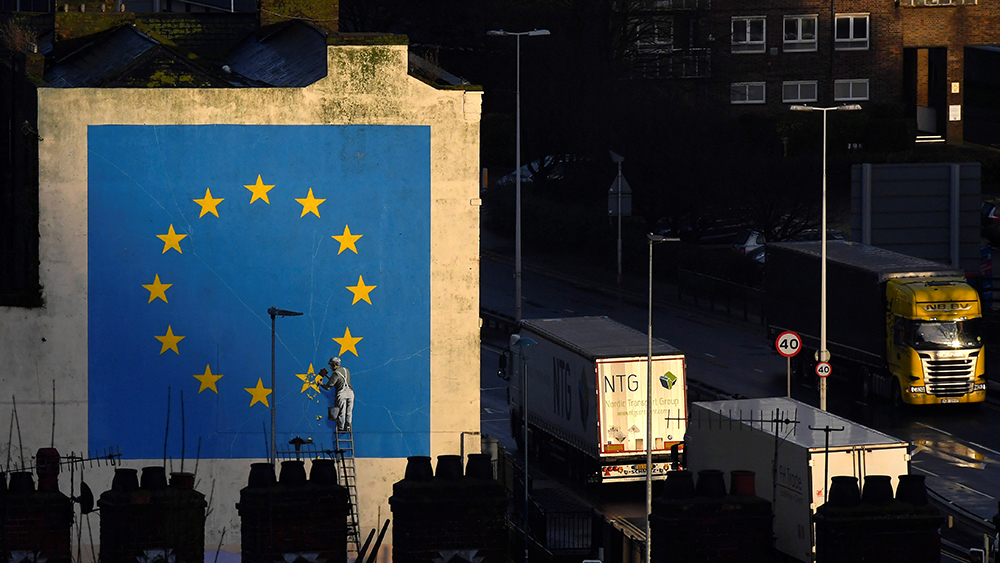 How strange: when the British parliament on January 15 voted down the Withdrawal Agreement that would have set a stable framework for Britain’s exit from the European Union, financial markets actually approved. The pound rose against the euro and the dollar, and so did the British stock market. Both then remained stable for the rest of the week.

Financial markets decided to take away one message–and one message only–from Prime Minister Theresa May’s crushing defeat: that a hard Brexit is now less likely. They believe there could be a second referendum which would reverse the decision taken in 2016. And even if there was going to be a Brexit, it would be a much softer one, giving Britain the same kind of close association with the EU that Norway enjoys.

Mark Carney, the governor of the Bank of England, confirmed that markets expect Brexit to be delayed. Note his careful wording–“Public market commentary, consistent with our market intelligence, is that a rebound appears to reflect some expectation that the process of resolution would be extended and that the prospect of no deal may have been diminished.” The highly respected central bank chief avoided any indication of whether he shares those market views or not.

Indeed, the optimism demonstrated by traders and investors may prove only one thing: politicians may not be the only people prone to wishful thinking. In truth, the parliament’s vote only means that the middle road–Brexit on the basis of an orderly withdrawal agreement–has become more unlikely. Remaining in the EU has become a stronger possibility, but so has the least desirable outcome of all, a so-called “hard Brexit” where Britain crashes of the EU without an agreement.

Politicians in Berlin, Paris, or Brussels don’t share the markets’ optimism. In all three cities, fear and frustration are running high. There is little confidence that the UK’s government and parliament will be able to win sufficient support for a viable solution in the very short time before March 29, when Brexit will come into effect.

If all EU countries agree, an extension of a few weeks may be possible. A breakthrough in negotiations is unlikely, but governments would gain time to put emergency measures in place. A longer delay would create considerable constitutional difficulties as it would mean that British voters would need to take part in the European Parliament elections set for May 26-28.

Since 2017, the European Commission has worked intensively on legal provisions to safeguard EU citizens and companies if the UK leaves without a withdrawal agreement. More than 80 detailed “Brexit Preparedness Notes” have been published covering everything from environmental issues to data protection and trade.

In their complexity and comprehensiveness, the notes make for chilling reading. A crash-out Brexit carries enormous costs and risks.

The most immediate fears concern the financial markets. As the UK reverts to the status of a third country, its banks and institutions lose the “EU passports” that have allowed them to offer their services across Europe’s single market. To avoid a crash, the Commission suggests allowing the central clearing of derivatives and the central depositories services to continue for another 12 to 24 months.

Will that be enough? The Commission thinks so, and Guntram Wolff, director of the Brussels-based think tank Bruegel, agreed when he testified before the Bundestag on January 10. “When it comes to financial services, we consider that the most important contingency plans have been made,” Wolff said. Yet the proof will be in the pudding.

As soon as Brexit comes into force without a Withdrawal Agreement, other licenses issued by British authorities on behalf of the EU will lose also their validity. This will concern all kinds of goods and services, from chemicals and vehicles to insurance contracts. Even with some ad-hoc transition arrangements, the costs and bureaucratic difficulties involved in issuing new licenses are likely to be huge.

UK road hauliers will be given a temporary exception from some of the restrictions that the EU would normally apply to a third country, one of the Commission notes suggests. Otherwise, physical trade would come to a standstill. That may happen anyway. How on earth is the port of Dover supposed to cope with 10,000 trucks every day if each one of them needs to complete paperwork as well as undergo physical checks?

UK-based airlines will be given temporary permits to fly over EU territory, refuel there, and transport passenger and freight between EU and British airports. But they will not be allowed to transport passengers between two EU destinations or from the EU member state to a third country. As a consequence, some airlines have already shifted part of their operations to the continent to avoid bans.

Lots more sectors will be hit in lots more ways, making business and trade more difficult and more expensive. The EU’s contingency measures, the Commission has said, “are unilateral measures for damage limitation and can only mitigate the most severe consequences of a withdrawal without an agreement.” But even they, Bruegel’s director Wolff warned, still need to be passed into law by the Council and the European Parliament.

National governments are also under pressure to get their contingency measures for Britain crashing out in place. Otherwise, UK citizens in the EU risk losing their legal status overnight and may be unable to access health insurance or unemployment benefits.

Laws to avoid such an outcome are being processed nearly everywhere in Europa, but many of them still need to be passed by the national parliaments. “We want to keep the damage–and there will be damage in any case–as small as possible,” German Chancellor Angela Merkel said.

It’s Nice to Be a British MEP

There is only one group of people, it appears, who truly do not have anything to fear from Brexit. British members of the European Parliament, POLITICO reported earlier this month, can be certain to receive a generous transitional allowance from the instant that Britain leaves the EU.

British MEPs will have to vacate their offices in Strasbourg and Brussels before Brexit day on March 29, but in addition to getting their trip home paid for, they will receive €8,611.31 per month for up to two years. Ironically, some of Britain’s fiercest Brexiteers and anti-Europeans will be entitled to particularly large sums of money because they have served in the parliament for a long time. Nigel Farage, POLITICO reported, stands to receive up to €172,000.

A soft landing for him, either way.