Home Eye on Europe Something’s Got to Give

Theresa May’s Brexit deal is dead. Now the only way she can avoid a catastrophic no-deal Brexit in 70 days’ time is to abandon her red lines, or ask for a deadline extension. 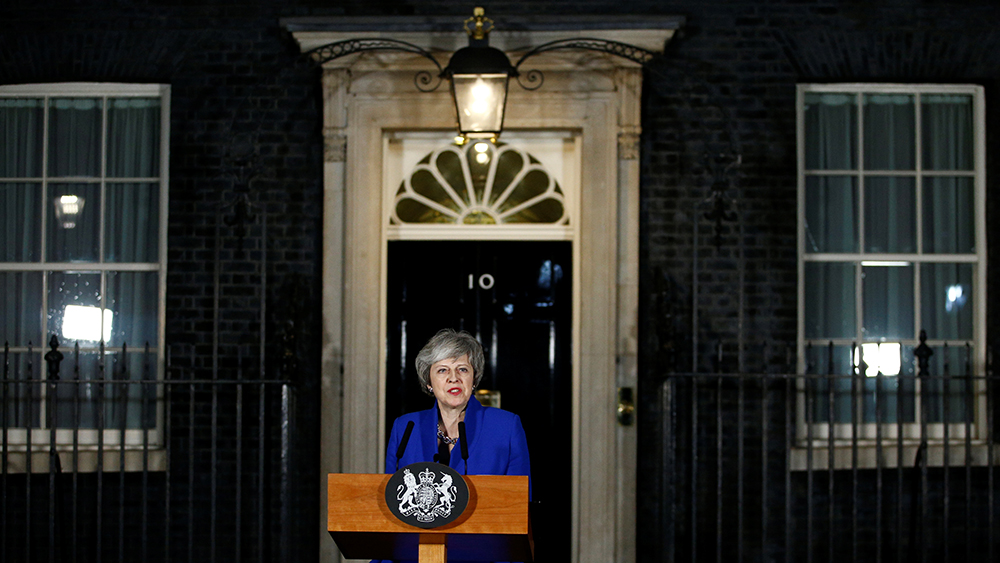 Though it was widely expected, Tuesday night’s resounding rejection of British Prime Minister Theresa May’s Brexit deal by the British parliament still managed to send shock waves throughout Europe. The overwhelming margin of the no verdict, by 432 votes to 202, showed that the exit agreement painstakingly negotiated over the past two years has no chance of passage.

May triggered Article 50, the two-year process of leaving the EU, on March 29, 2017. Under the terms of her withdrawal deal, the UK was set to enter into a transition period on Brexit day this year, which would keep everything the same for a further two years while London and Brussels negotiate its future relationship. But no withdrawal agreement deal means no transition period, and the UK will very suddenly find itself completely outside the EU on March 29 with neither side having anything close to adequate preparations for the economic chaos that would result.

The deal was defeated by a combination of opposition parties and hard-line members of May’s own Conservative Party, who don’t like the deal’s “backstop” provisions that could keep the UK involuntarily in a customs union with the EU in the future. The prime minister has spent the rest of this week consulting with opposition party leaders to see what it would take for them to support her deal. However, Labour’s Jeremy Corbyn, the leader of the largest opposition party, has refused to meet with her unless she can guarantee she will never allow a no-deal Brexit to happen.

With the EU ruling out reopening the withdrawal agreement under May’s existing conditions, it is clear that she must adjust her red lines in order to get approval from opposition parties. The red line most in need of adjustment is her insistence that the UK will not be in a permanent customs union with the EU after Brexit.

May’s insistence on this red line is what necessitated the Northern Ireland backstop in her withdrawal deal¾the element that has been unpalatable to hard-line Brexiteers in her own party. No customs union would mean that a hard border needs to be set up on the island of Ireland in order to check goods between the UK and the Republic of Ireland, something Dublin, supported by its EU partners, says would be unacceptable, as it would violate the Good Friday agreement of 1998 that brought peace to the province after decades of sectarian violence. The backstop would automatically put the UK into a customs union with the EU after the two-year transition period ends if no free trade agreement has been reached by then, in order to avoid a hard border being necessary.

If Theresa May were to agree to a permanent customs union now, it would be the kind of “soft Brexit” that may be acceptable to members of the Labour, Liberal Democrat, and Scottish Nationalists (SNP) parties.

However, hard-line Brexiteers will resist such a move because it would almost certainly mean that the UK cannot strike independent free trade deals with third countries like the United States, which was one of the main reasons the Brexiteers put forward for leaving the EU in the first place.

May’s other option for avoiding the cliff edge in 70 days is to request an extension of Article 50. Before the new year, EU countries had voiced skepticism about whether they would approve such a request, saying that May would need to give a good reason. They don’t, after all, want to just extend the current paralysis into perpetuity. But since Tuesday’s vote, and the increasing panic setting in across European capitals, it now seems clear that such a request would be granted.

Extending Article 50 comes with its own set of complications however. Even an extension of a few months would take the leave date past the date of the next European elections and the start of the new European Parliament. The UK would be legally obliged to run a vote to elect British members of the European Parliament in May, and those elected would need to take their seats in July—perhaps to only serve a term of a few weeks.

The bigger problem is that extending Article 50 does not solve anything on its own. Something needs to change during that extended time, and May’s EU partners will be looking for her to give reassurances that the dynamics can change. One thing that would change the situation is a second referendum to decide whether it’s to be May’s deal, no deal, or remaining in the EU. Another might be a general election, though it’s hard to see how having Jeremy Corbyn as prime minister would solve the impasse.

In the meantime, Brussels waits with baited breath for May to decide her next move. After weekend consultations, that move may come on Monday. But with time running out, the mood is growing increasingly anxious.